Technology can be a good ally for people with some type of disability. Let the users of the Hand Talk app say so, a real-time translator from Portuguese to Libras (our country's Sign Language), which was awarded by the Google AI Impact Challenge initiative in 2022.

The app is available for free for devices with Android and iOS systems. Who guides the conversation or the classes is the friendly virtual assistant Hugo. He is able to interpret audios and text messages in Portuguese in Libras.

Check below how to use and enjoy all the features offered by Hand Talk. Also get to know other apps developed to make life easier for people with some type of disability.

How to use Hand Talk, Libras translator

Libras is the sign language used by the deaf community in our country. According to the website Libras.com.br, different from what many people think, Libras is not the Portuguese of our country represented in gestures, but a language of its own.

To learn new words and enrich your communication, follow these steps:

1. Download Hand Talk on your Android or iOS device;

2. Open HandTalk. You will be welcomed by the virtual assistant Hugo;

3. It is possible to communicate with Hugo in two ways: by writing the content in the text field and sending the arrow or by pressing the microphone icon and keeping it pressed while speaking; 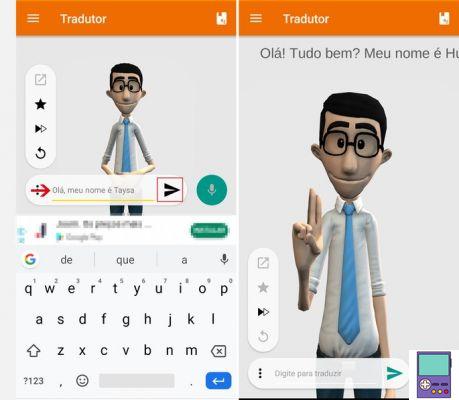 4. If you want to learn more about the gestures, access the side menu. If it is not displayed, click on the three dots icon, located next to the text box;


5. When touching the backwards arrow symbol, Hugo will repeat the last movement; 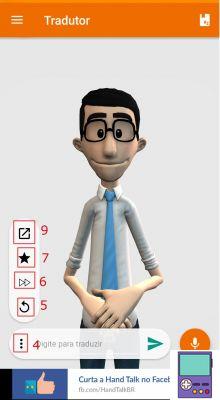 6. In the two arrows to the right, the character repeats the movements at a faster pace (if pressed once) or slower (if pressed twice);

7. In the star symbol, it is possible to evaluate the gesture, but for this, it is necessary to create an account on the service. If that's what you want, go to Create an account, which appears in the window that opens;

9. Back on the side menu, the square icon with an arrow allows you to create an animated GIF of the movement and share it through other apps, such as WhatsApp, email, Drive, Instagram, among others.

As already mentioned, the application offers other resources in addition to the translation from Portuguese to Libras. Note that at the top of the screen on the left there is an icon formed by three horizontal lines. Tap on it to access the other tools.

Em History, all translations already done in the app are displayed. To do this, you must have an account associated with the service. 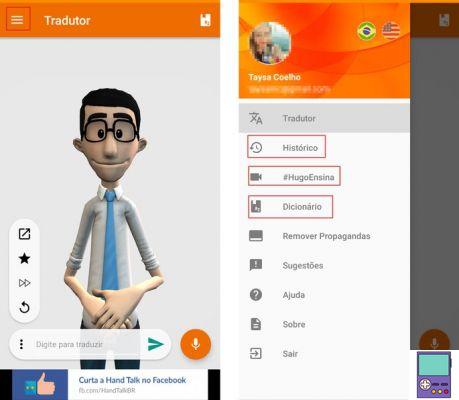 The option #HugoEnsina features a series of video lessons hosted on YouTube. The virtual assistant lessons take place in the most different scenarios, such as restaurant, supermarket, camping, on the beach, among others. The aim is to enrich students' vocabulary.

The item Dictionary gathers words in alphabetical order separated by categories. They are: Portuguese, Mathematics, History, Geography and Science. When selecting one of them, the user is presented with a list related to the theme. Tap on the one you want to learn and Hugo will teach you.

Technology can even be a great ally for people with some type of disability, whether physical or intellectual. More and more, applications are emerging with the aim of making the lives of these people easier. See some great examples below:

Be my eyes is a free app for Android and iOS aimed at the visually impaired. The goal is for volunteer visionaries to virtually help people who are blind or have low vision, acting as their eyes. 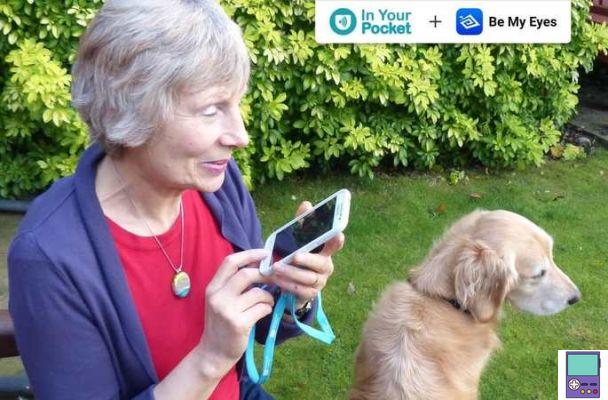 When needed, the user asks for help and the available volunteer responds, whether reading a menu, medication leaflet, checking the validity of a product or describing a scenario or situation.

When using the app for the first time, you can choose in which languages ​​you can help.

The Wheel Guide is a guide for people with limited mobility. Users themselves evaluate tourist spots and commercial establishments, creating an information network.

Sites can be considered accessible, partially accessible or non-accessible. 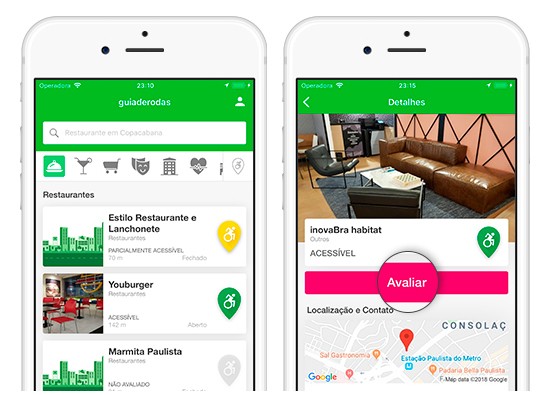 According to the creators, the app already has reviews in more than 800 cities in 32 countries. When you open the program, it searches for nearby locations. But it is also possible to search for points in different parts of the world, through the search tool.

Wheel Guide is available for Android and iOS devices.

See it is another app created to help people with visual impairments. Only available for Android, the program is able to identify and read text in images. That is, it recognizes labels, expiration dates, among other information. 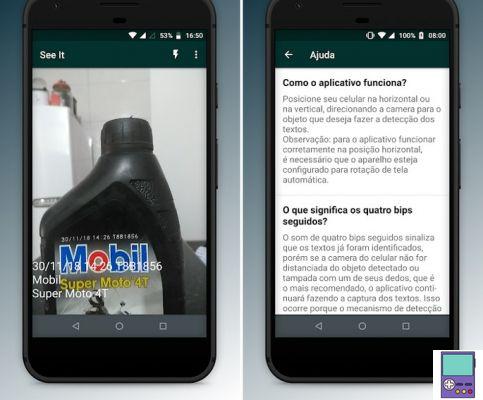 To do this, just open the app and point the rear camera at what you want to read. The app will interpret the content and say it out loud, similar to what we see in Google Translate.

Developers report that the software does not efficiently identify handwritten text or cursive fonts.

VLibras is a cross-platform translator from Portuguese to Libras. Developed by Universidade Federal da Paraíba, it is available for Android, iOS, Chrome, Firefox, Safari, as well as a program for Windows and Linux. 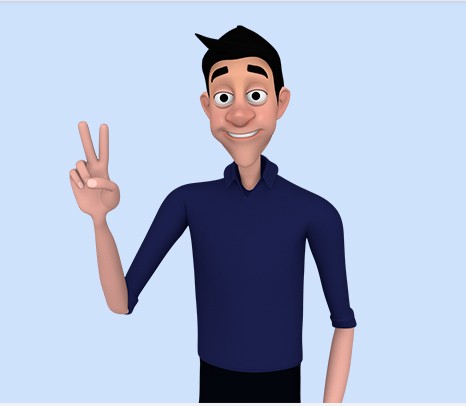 Its version for smartphones and PCs resembles Hand Talk, in a simpler version. The translation is also done by a virtual assistant. The user can write or speak text and adjust the speed of gestures easily.

In the browser edition, a small window opens on the screen and the assistant translates textual contents selected by the mouse.

If in addition to Libras, you are interested in learning other languages, check out our list of 6 translation apps for iPhone and Android.

add a comment of Learn to use Hand Talk, Google's award-winning Libras translator