WhatsApp Beta is a trial version of the messenger available for Android and iOS users. Those who adhere to this edition can try out possible new features before others.

Because they are experimental, these novelties are not always implemented and can be canceled without prior notice. In addition, the version may present instabilities that the final version does not.

How to install WhatsApp Beta on Android

Becoming a WhatsApp beta tester on Android is free and does not require any extra registration. It is only necessary that you have WhatsApp installed on the device and follow the steps below.

3. Soon after, your smartphone will receive a messenger update. According to the service, the update may take some time to occur;

4. Once the update is complete, you can now test the experimental features of WhatsApp Beta.

How to install WhatsApp Beta on iOS

The WhatsApp Beta Tester program for iOS appeared only two years after the Android version. However, according to the specialized page WABetaInfo, in January 2022 the program was closed to new users.

If you want, you can check daily on the website itself if, by chance, it was reopened or vacancies were available for new testers.

If the program opens up new opportunities, just follow the steps below:

Not sure if it's worth risking using a less stable version of the messenger to check out possible news first hand? Perhaps, knowing which features have already been or are being tested through WhatsApp Beta will serve as an incentive or take away this idea. 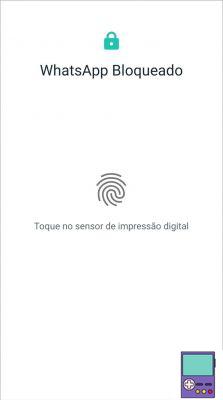 How to exit the beta version of WhatsApp?

Tested the trial version of the messenger, but regretted it? No problem. On Android, just go to the unsubscribe page, uninstall the app and re-download the regular version. It may take a few hours for the commercial edition to appear as available, but this waiting time is normal, according to the app.

On iPhone, just open the Test Flight app, tap WhatsApp Messenger and then go to Stop Testing. Then, just reinstall the stable version of the program.

Other apps with beta version

For those who like to always be on top of possible news, you will be pleased to know that, in addition to WhatsApp, other apps offer trial versions. Among them are Instagram, Facebook, Snapchat, Netflix, Spotify and many others.

On Android, it is necessary to search for the app on Google Play with the term Beta next to it. So, just follow the same membership process as in the messenger. On iOS, you must have Test Flight installed and search for the application link for the desired application.

Looking for discretion? Here's how to become invisible on WhatsApp and hide online status.