Horror is one of the most beloved genres, whether in games or even in cinema, after all, who doesn't like to be scared? Or even get that tightness in your heart? These are feelings that hold us to classics to this day.

Some works like resident evil try to innovate so as not to be left behind, in the midst of a flood of psychological horror games. Is it really necessary to change the foundation, or is there a possibility of acceptance for new games with elements of classic horror?

Tormented souls is one of those games, which arrived to answer that question. Is this type of game still convincing or should we leave the root horror in the past? Find out in our review below.

The story begins with a letter received by Caroline Walker, whose content, a photo of two children, begins to cause nightmares in our protagonist. With that, she sets off in search of answers at Winterlake Hospital, a place surrounded by mysteries and hiding a terrible secret.

After arriving at the place, Caroline passes out and wakes up in a bathtub naked and without an eye, soon she puts on her clothes and leaves to explore this weird place. After meeting with a priest, we received our first weapon and a direction to follow, soon after we realized that nothing is what it seems and there is not a simple hospital. 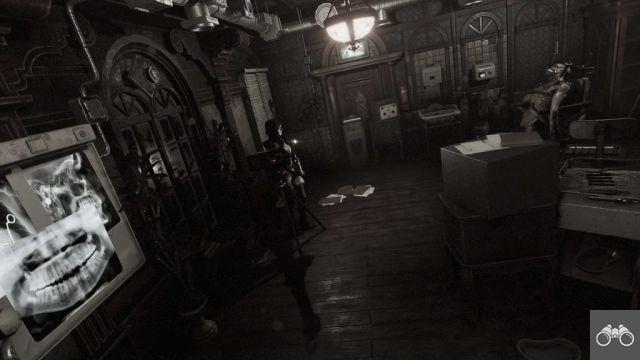 Caroline will have a lot to unravel in this sinister story.

Em Tormented souls we have the typical classic horror story, in which we will discover part of the plot little by little, through dialogues with some secondary characters and diaries scattered throughout the place. The environment also tells a lot about your story, so pay attention to all the dark corners.


As we advance in the story, facts are interconnected and everything ends up making even more sense. As much as some things are obvious and even clichés, the plot involves you until the last minutes and surprises at times.

There are three possible endings, in which the player can change the outcome through some actions. If you want to meet them, you'll have to save your progress just before the final part. The true ending is the one that brings the most context to the plot, making the most sense to be official canon. The duration of the story is around six to seven hours, but if it is a second attempt it can end well before that time.

CLASSIC TERROR IS BACK

Tormented souls is a true love letter to survival horror fans, with several classic elements present in this interesting work. Starting with the fixed camera, which leads the player along increasingly sinister paths. As much as I like the over-the-shoulder view, I confess that the way it was done reminded me of the time I played classics like Resident Evil and Silent Hill. The approach of this feature helps to immerse the player in the environment, and this is extremely important for the conduct of the story.

Another interesting point is the inventory, in which we have that classic format, which brings a good sense of nostalgia. But there is an interesting differential, with a division of this inventory into categories of items for use, resources and reference material such as maps and diaries. This helps when looking for something to use on our adventure.

Another present feature is the time to save our progress, with limited tapes that record the save points. I confess that at first I was very apprehensive about this aspect, mainly because of some crashes that happened, but as we progress, the number of saves increases, making our life easier. 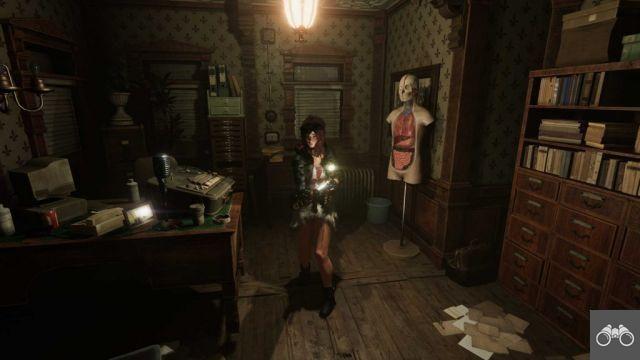 Combat is an important part of the gameplay.

What would a good survival horror be without its combat? In Tormented souls we have a very traditional gameplay, with buttons to aim, shoot, reload and dodge. Don't expect a quick response like in modern games, everything is done to remember that feeling of the classics, with a heavier movement.

The game doesn't have a wide variety of weapons, giving us space to use what we have at our disposal. All weapons are created with pieces of some objects, like a shotgun with pieces of pipe or even a nail gun. 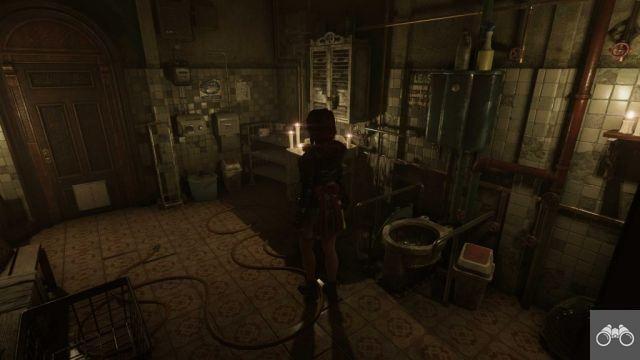 Some important items are scattered around the hospital.

The amount of items and ammunition is something we can control, even more if you mix the use of firearms and the crowbar. The ideal is to save for the final parts, in which we have a greater amount of enemies and even traps. Store healing items well, especially in the first few plays, as we still don't know the layout of the stages and the weaknesses of the enemies.

One of the negative points is the design of the enemies, which do not cause so much fear, giving way to an awkwardness at the beginning. When we get used to them, they are very calm about being shot down. So there was a lack of a better development of this aspect.

Light is an important aspect of the experience, in which we have a lighter that helps to see the dark path ahead. If you are in total darkness at some points the darkness literally kills you, so look for a bright place to be able to use the weapon instead of the lighter. Using both at the same time is not possible at first. In more advanced areas, we have an item that helps with this dynamic, so explore a lot to make the journey easier.

The past of our history is also part of the puzzle mechanics of Tormented souls, and through a tape we can travel at a certain point in time. There we can resolve some pending issues in the past, which will have consequences in the future. These moments unite narrative and gameplay, like when we put something in the fridge and years later we can pick up that same item frozen in the present.

Some puzzles are quite simple, relying mostly on logic or something written down somewhere. Something that I found positive was the variety, being at times very challenging. 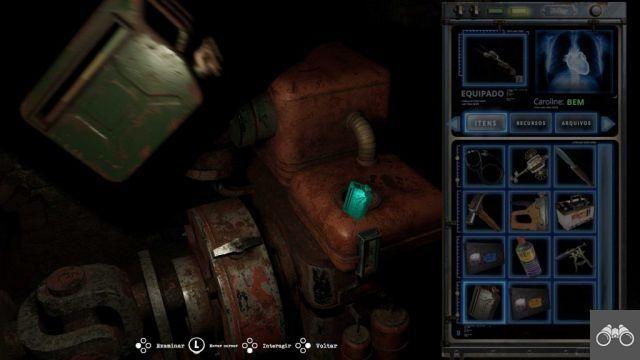 Get ready for a lot of exploration.

Remember that back and forth characteristic of old survival horrors? This aspect is well explored in the game, with hours and hours of locomotion trying to discover the secrets to advance the story. Of course, we have tips and material to unravel all of this, but it requires a little attention.

The scenario is filled with secret passages, which can be activated by solving the puzzles. In addition, we have the mirror that can take you to hidden areas, like a wormhole.

One of the strongest points of Tormented souls is its immersion, with its dark environments and which, together with a sinister soundtrack, increase the player's fear even more. The feeling of leaving an unfamiliar environment, and arriving in a save room is something that harks back to the glorious past of survival horrors.

The entire level design is reminiscent of the great classics of the genre, especially the central hospital room, which is very similar to the mansion from the first Resident Evil. As we advance in the story, we discover other hidden annexes of the hospital, which hold very sinister secrets. 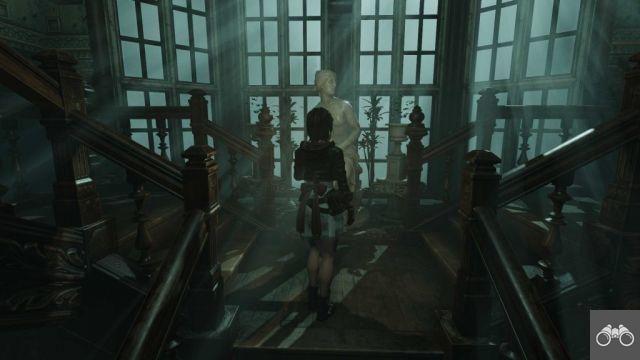 Some places will become unforgettable.

The ambient sound is spectacular, with the creaking of old wooden floors and strange groans coming from the darkness. But it's not all flowers and the interpretation of the characters is very shallow, with a lack of charisma and even emotion, something that happened in the games of the 90's, but that didn't need to be replicated and could be evolved.

Tormented souls It has subtitles in Portuguese from our country, something that helps a lot in understanding the plot and its insane amount of reading material, all perfectly translated.

Tormented souls It's a great homage to the great survival horror classics. Many elements that were successful in the genre were used with great creativity, making the player have a strong feeling of nostalgia. Elements such as solving puzzles and exploring places that we then have to visit again are part of the charm and can delight a legion of fans.

The ambiance is incredible. In every corner of the hospital that we know, we perceive his inspirations. The sound is also part of this immersion, with a track that contrasts between relief and tension. The story, even being cliché, surprises at some points, especially when it comes to tying the plot points. The main characters lacked charisma, who lack emotion in their facial expressions. Another point that could improve are the enemies, which cause fear only at first.

Tormented souls is suitable for fans of classic survival horrors, and who still want to embark on an experience we haven't seen in many years. In addition, it can delight new players who are not yet familiar with these more purist elements.