Martha Is Dead presents itself as a psychological thriller that promises to explore a mixture of real locations, World War II, superstitions, folklore and psychological trauma. created by the studio LKA (Tower of Light), the game intends to tell a story full of macabre contours that is highlighted by realistic graphics.

The game fell even in the mouths of the people after the controversy of the censorship of several scenes in the Playstation, where scenes considered stronger were removed or altered. I played in Xbox Series X, I soon got to know the author's complete vision for his game. Early on, we are warned that it could be considered visually disturbing, and could cause discomfort with scenes that address psychological trauma, self-mutilation, dismemberment, disfigurement of human bodies, and abortion. These are strong themes, but they need the right approach to not just be mere additions to shock the player, but to bring meaning to the proposed plot.

Does Martha is dead managed to bring the immersion of a psychological thriller or does it just clash with grotesque scenes? Check it out in our review.

Martha died and the game immersion went with it

Martha Is Dead is set in 1944 Italy, during the events of World War II. In the midst of all this, the body of a woman is found drowned by the young Giulia, who despairs to discover that it is her twin sister Martha. He goes into shock, and is found by her parents, who instantly believe that she is Martha and that the daughter who died was Giulia. There the mystery surrounds us. Why did parents not correctly identify their daughters? What's the reason for murdering Martha? And Giulia, why did you let the farce go on?


Gradually we discover the complicated dynamics between the family. Giulia never received love from her mother, who considered her the black sheep of the family, but she gave all her love to her daughter Martha. Her father, a German general, seemed to have a lot of affection for both daughters, but a greater identification with Giulia.

At the beginning we see Giulia, literally, wearing Martha's face, with the controversial scene in which she removes her sister's face and dresses it as her new identity. Everything up to this point was well connected with the narrative, creating curiosity, a sense of fear, and the unpredictability of what might come next. Unfortunately, that feeling never happened again. 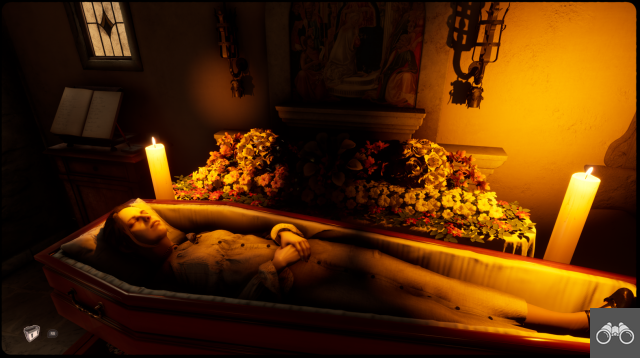 The premise of bringing tension while addressing psychological trauma, and Giulia's extremely troubled mind, works well in the first few minutes of intro, but that quickly fades, with long moments in which nothing relevant really happens and we're just interacting with objects that reveal very little about the plot. Suddenly we are transported to Giulia's nightmares to experience some shocking scene, which ends up bringing nothing significant, as the studio failed to create the immersion that took us to that moment.

With the exception of a good chase sequence in the woods, Martha is dead it boils down to walking without anything very important happening, in order to create a connection with the protagonist's story and the other characters, to be thrown into grotesque scenes that don't bring much depth to anything, and that seem to be there just to shock. 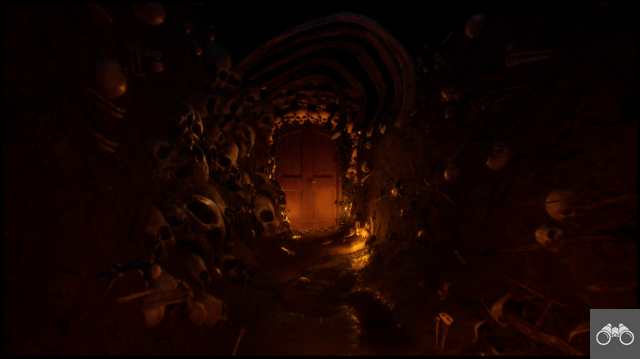 The weight of war never comes, even though the family is somehow involved in the conflict. Everything is treated superficially, and the horrors of war are never treated satisfactorily.

The premise of tackling a supernatural dynamic between two twin sisters, in the midst of a murder mystery and still having WWII going on, seemed very promising, but Martha is dead it never delves deeply into its psychological themes, or creates a sense of tension in the player. It focused so much on shocking scenes that it made everything else an empty experience.

A mix of good ideas and disposable moments

Em Martha is dead basically we walk and interact with objects, whether to advance the narrative or to know a little more about Giulia's family and some people who have a connection with them, as well as about the events of the War. We walk slowly, and we can run, but it's just a less slow way to get around, as it's also very slow, but it's also not very different from many other games of this style, which opt for this slower movement to create tension and a more cinematic experience.

A nice differential in this popular recipe is the protagonist's camera. There are some models that change her look, but what really shines are the various accessories we find for her, such as filters, lenses, tripod, flash…. The minigame to take the photos is also interesting, with several rules that we need to follow to take the photo correctly. Some of these images are linked to the story, others are not, and some even hide messages for Giulia, which can only be captured with the correct accessories. There is still a dark room for the revelation of these images, which also adds a minigame, which is simple, but brings a good immersion. 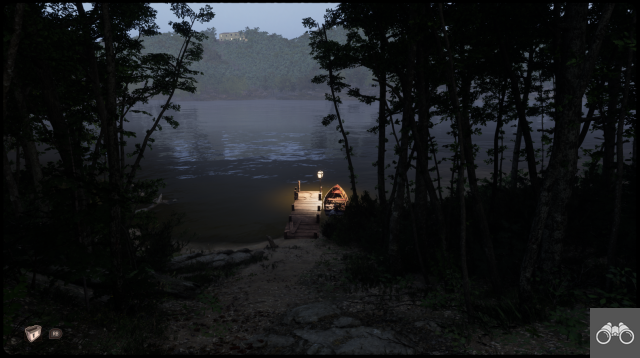 There are still segments during Giulia's dreams in which she runs to form sentences that reveal how she feels. We need to choose the right words to advance through the dream. The setting and trail of these scenarios is interesting.

The worst thing they could have added to the game, however, are the overly long sequences with puppet theater, which are unfortunately not optional. The idea is even interesting, with the idea of ​​the protagonist releasing memories that are repressed, but everything is applied in a tedious way and I just want to finish soon.

Nice graphics and that's all

The development of environments, exploring the Tuscany region during World War II, is well done, with a lot of detail in each scenario. The care taken in adding newspaper clippings or the radio on showing how the world was doing during the war also helps to place us within that historical moment. Applying light and shadow effects works well. When it's dark, it's really dark, and we need to use points of light to our advantage. Unreal Engine 4 does its job well and has helped LKA showing in great detail the authentic setting of your game.

No Xbox Series X, which is the version I played, the game runs at 4K resolution and 30FPS or 1080p with 60FPS. Both modes work well, it's up to you which one suits your style best. At the Xbox series s It only runs at 1080p and 30FPS. In the settings, there is only the choice of resolution, the framerate information, strangely, is omitted. 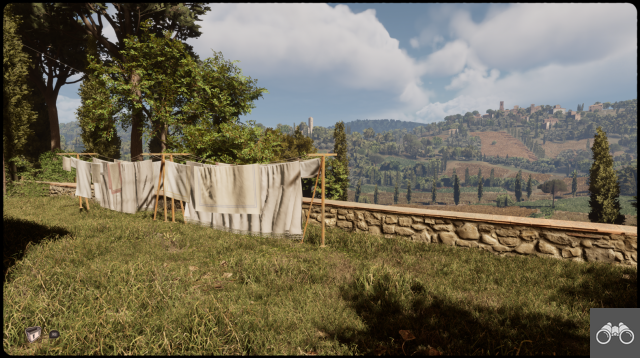 The soundtrack adds good moments, with some tracks well inserted to generate awkwardness and some others to give a good tone of tension. I just missed more ambient sounds, which brought that feeling of constant fear.

The game is all subtitled in Portuguese from our country, so there will be no difficulties to understand the plot.

A pity that, in general, there are few moments when you feel threatened or with a latent feeling of tension, which is a sin for a game like this. We needed to use more of the ambiance, effects and sounds to enhance this atmosphere, which is something you would expect from a game of this genre.

Marta is Dead it has good ideas and a plot with an absurd potential to be explored, but my feeling, after finishing it, with a little more than 6 hours of gameplay, is that everything was poorly explored. There are uncomfortable and strong scenes, but none of this has any real impact on the plot as a whole, as there is no growing creation of expectation until that moment is reached. I felt like a gratuitous attempt to just shock rather than add depth to the plot they were trying to tell.

I couldn't feel empathy for the characters or their personal and psychological problems, nor could I even feel a real sense of fear, which is sad for a game of this genre. It doesn't captivate with its narrative and generates rare moments of tension, focusing too much on just getting to strong scenes, but that don't add anything for the game to have something that really makes us connected with what we see on screen.

It might even be worth knowing if you like the genre and like to expand your knowledge of this type of game, but only at a nice promotion.