Developed by CyberConnect2 and published by Namco Bandai, it is the last game in the Storm franchise, which ends along with the series finale.

Ninja Storm 4 directly follows the events of Ninja Storm 3 and brings the story of Naruto to a close. In the game we are in the Fourth Great Ninja War, going through the fights of Madara Uchiha and Hashirama Senju, the childhood of Kakashi and Obito and all the construction of the War until its conclusion. 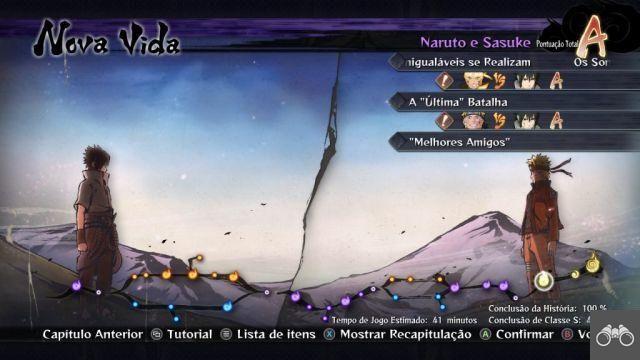 Gameplay hasn't changed much during the series, but some things have been improved and implemented in Ninja Storm 4.

Some phases of the campaign feature the “Wall Running”, the famous wall fight. Both characters can be on the wall or one on each plane.

We can fight with 3 characters, using them as support by pressing RB or LB or as combatants. It is possible to start a combo with the main character and, using the right analog stick to the left or right, there is the change of character and the continuation of the combo. We can repeat the process while the support character's bar is blue. There's only one catch: the health bar is unique for all characters, that is, if one is defeated, the fight is over. 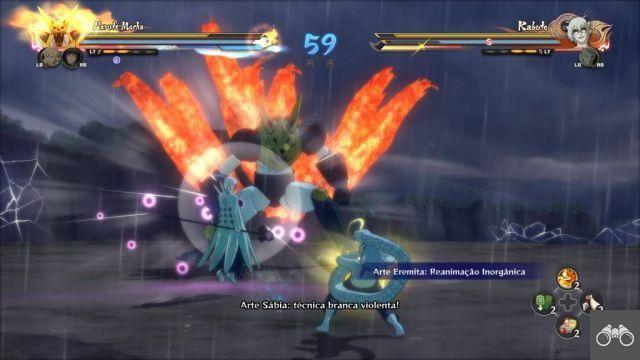 While using the support characters, either as help or changing in the middle of the fight, we fill the yellow Storm bar, which is below the chakra. With the bar full, it is possible to perform a new special Jutsu ( YYYB ), with two or three characters. Depending on the combination, the Jutsu will be something new and unique, for example, if the Team is made up of Naruto and Sasuke, the two joined in a special combined attack.

This bar also allows awakening mode (charging Chakra when at least 40% health remaining) to unleash the potential of the entire team. For example, if you wake up without the bar being full with Naruto, depending on the version, he will turn into the Kyubi and when changing characters, he will be normal. 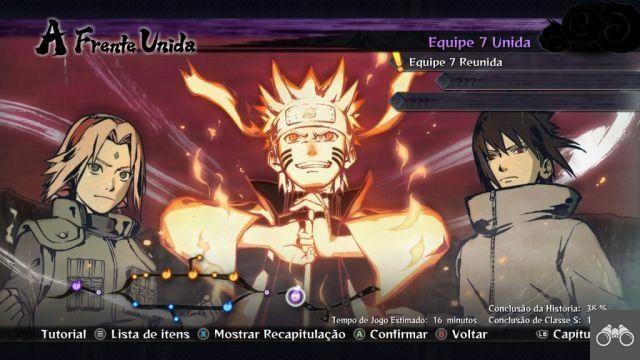 A new feature in the franchise is Armor Break and elemental damage. After a certain amount of damage, you can break the enemy's armor or have yours broken. Whoever has this disadvantage ends up taking more damage, but has a small increase in attack. In the elemental damage part, the fire leaves the enemy burning and to put it out it is necessary to run from one side to the other. Electric and water damage has more power in water scenarios. 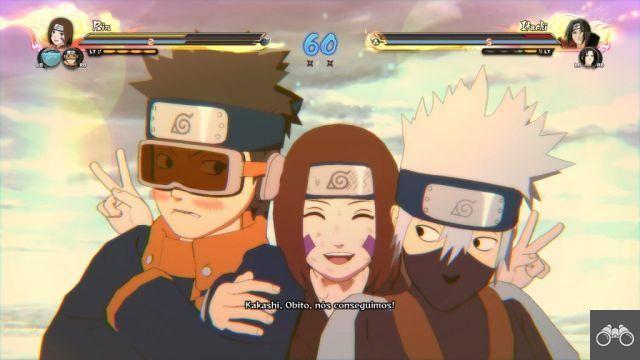 The campaign only counts with the fights and the scenes telling the story. Each one shows the average completion time, counting combat plus videos, and some can be as long as 41 minutes. Some fights have parts of QTE, where we watch the fight and press the buttons in the sequence to finish the opponent.

At the end of the campaign, it is possible to go to Adventure mode (which has been released since the beginning), where we control Naruto after the events of the main story. Here we are free to roam around the map and some villages, while doing side quests and some random fights. 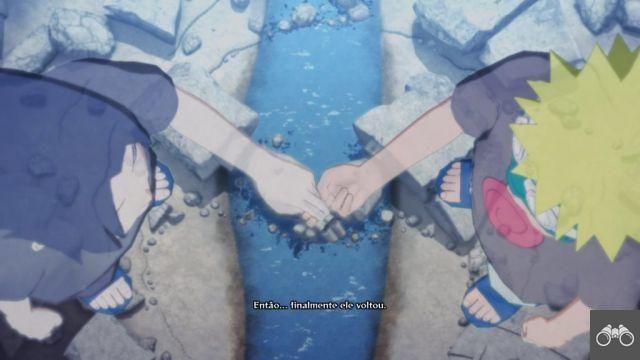 There is also a shop to buy various items, including costumes for the characters. 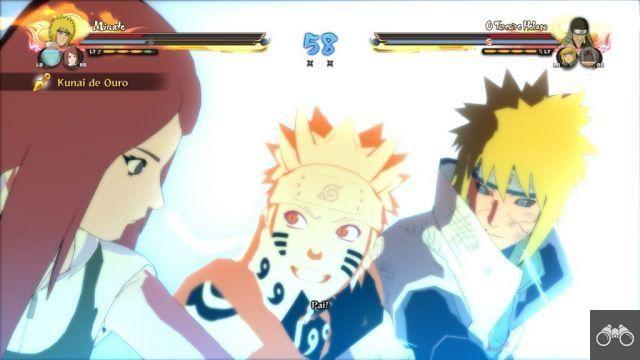 A very interesting thing about Storm 4 is that the game is fully localized in Portuguese, with audio from the original voice actors and subtitles. For those who prefer to play in another language, it is available in Japanese, English and Spanish.

The graphics follow the same line as the previous games, but with much more vibrant colors, especially in the combat of the Bijuus that are giants. The stages and characters are very detailed and bring more life to the game. The story scenes are divided between still images, an anime part and some with the game's own graphics. 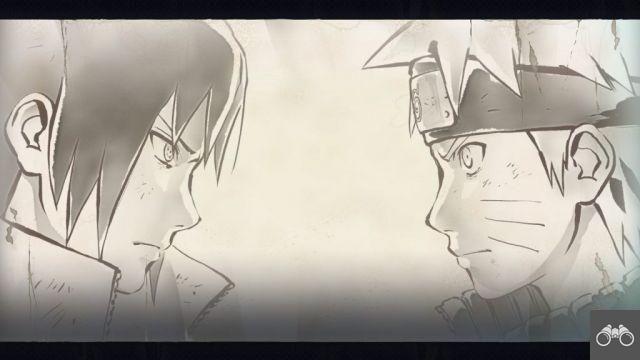 As it is the last game in the series, the vast majority of characters are present (with the exception of only a few minor ones). Some are released during the campaign, but they are all there, with all their versions shown in the series. Some are acquired through DLC and others only in the Road to Boruto DLC.

Come on. Is this space right for me?

Well, Naruto is my favorite Manga series (I didn't waste time with Filler) and this game manages to close the saga with another key. All the work CyberConnect 2 has put into bringing the final and definitive experience to the series will make any fan cringe. All the fights, the story, scenes from the manga itself, everything follows the stripe told how the Great War was. 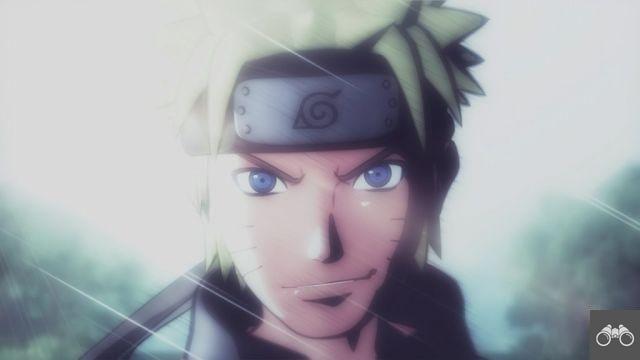 Adult Kakashi and Obito, who transport us from the present to the past in the middle of the fight that, at times, shows the two little ones exchanging blows and going back and forth, are a sight to behold.

The apex is right in the final fight between Naruto and Sasuke, following the same line of the fight mentioned above, but going through all the fights that the two had, reaching the first fight in which Sasuke was already a genius, while Naruto didn't know any Jutsu. This transition also happens on each one's last attack. As Naruto advances with his Rasengan and Sasuke with his Chidori, several images show the evolution they both had during the series. (tears running down)

After the final scenes, the credits roll and the END of the STORM series. (Not counting the adventure part, which is recommended to play after the story is completed) 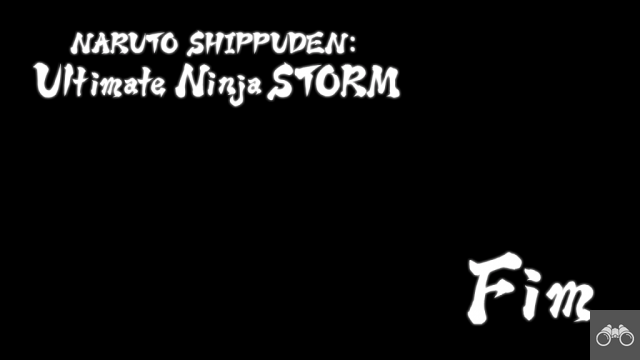 But doesn't the game have a weak point?

Of course there is, but they are small and cannot take away the beauty of the game and the story.

Some things that bothered me were: the synchronization of the voices with the characters' lips. I played in Portuguese, English and Japanese, and even though the latter is the official language of the game, there are some flaws where the character speaks more and doesn't have audio to accompany.

Fights with huge characters: the game's FPS dropped a lot and, at times, the blows and buttons, even if held, seemed blocked. For example, in a fight using the Kyubi, I would hold X to release projectiles, the FPS would drop and it felt like I had released the button.

And finally, the worst of all: for some reason my save got corrupted out of nowhere. I turned off the video game to rest and when I turned it on again, an error message said that I had to erase the data and create new ones. I was in the last fights and at 60% Completion Rank S. I had to start all over again, which wasn't an effort.

A tip I give to anyone watching the anime: abandon. Play this game and get the true series finale experience.

Ultimate Ninja Storm 4 is the definitive experience in the Naruto series and it's a game every fan should have in their collection. For those interested, the game is available on Live.