You can tell if your iPhone is genuine or fake in a few ways. The owner can check the IMEI (International Mobile Equipment Identification) or look up the serial number on the Apple website. In addition, there are physical aspects that help to identify whether the device is genuine or replica. Among them, the screen, the entries and the logo.

Check out below how to find out if an iPhone is genuine or not and don't be fooled.

By IMEI and serial number

The IMEI (International Mobile Equipment Identity) is a unique identification number for each mobile phone. As if it were an internationally valid identity record. No other device in the world will have one like it.

The serial number is a code formed by letters and numbers that gathers information about the device, such as place and date of manufacture, model, among others. It can usually be found in the same places as the IMEI.

On the original iPhone, this data is available on the case, on the body of the smartphone and through the operating system.

In the iPhone case

The IMEI and the serial number are next to the barcode on the device box. On the front, it will be written IMEI or IMEI/ MEID (1) e (S) Serial No (2), followed by a numeric or alphanumeric string. These strings must be the same as those displayed in the queries indicated below.

To find out the IMEI by the system, just follow the path Settings → General → About. Scroll the screen until you find the item IMEI/MEID and Serial Number.

On the iPhone itself

Every iPhone has the IMEI number engraved on the device itself. The location varies by model. In most of them it is available in the SIM tray.

On the iPhone 6, iPhone 6 Plus, iPhone SE (1st generation), iPhone 5s, iPhone 5c and iPhone 5, the content is registered on the back of the smartphone. It can be found just below the word iPhone. 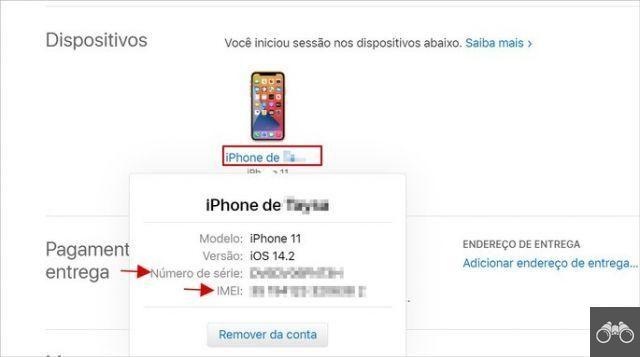 You can access the Apple ID website through any internet browser. Just enter your login details and then scroll down to the section Devices. Click on the image of the device you want to find out the IMEI and a window will open.

In addition to the number, information such as model, version and serial number is displayed.

Another way to find out the IMEI is by typing * # # 06 on the device's keyboard. Automatically, the information will be displayed on the screen.

Via the Check coverage service 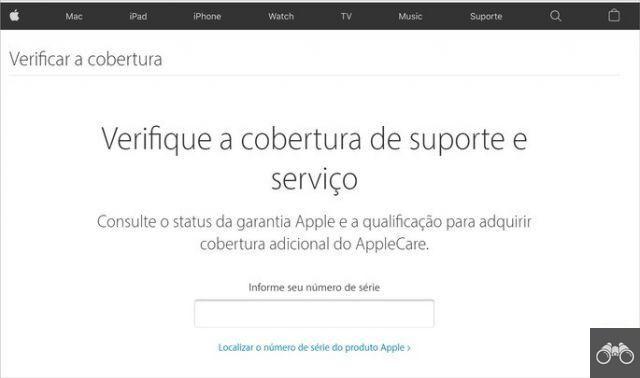 Apple has a website where you can check your Apple warranty status and your eligibility to purchase additional AppleCare coverage. To do this, it is necessary to enter the serial number of the device.

If the iPhone is not genuine, the code will not be recognized. If all goes well, you can find out if the purchase date is valid and if technical support and repair and service coverage are active.

All iPhones only run the iOS system. That is, if you turn on the device and it is Android, the device is undoubtedly fake. However, counterfeiters often use gimmicks that mimic the look of Apple's software.

In these cases, it is worth checking if the phone has exclusive apps, such as the App Store app store, the Safari browser, the Siri assistant, among others. To clear the doubt, you can check the iOS version in the settings.

To do so, follow the path Settings → General → Software Update. There, the user is presented with the system version and information about it, such as compatible devices and news.

This tip is especially valid for those who buy a second-hand iPhone. Sometimes the first user can damage the screen and replace it with a non-Apple or company verified one.

But what's the problem with using a display that is not original? “Non-Apple displays can cause compatibility and performance issues,” explains the manufacturer. This can mean errors in multitouch, higher battery consumption, unintentional touches, among other setbacks.

As of iPhone 11, it is possible to check the origin through the system. For that, just follow the path Settings → General → About.

If you see Important Message About Screen. It is not possible to verify that this iPhone has a genuine Apple display, it is likely that an original replacement has not been applied.

Some features of the body of the device may indicate whether or not the iPhone is genuine. So if you're thinking about buying an Apple device, it's important to pay attention to some details. 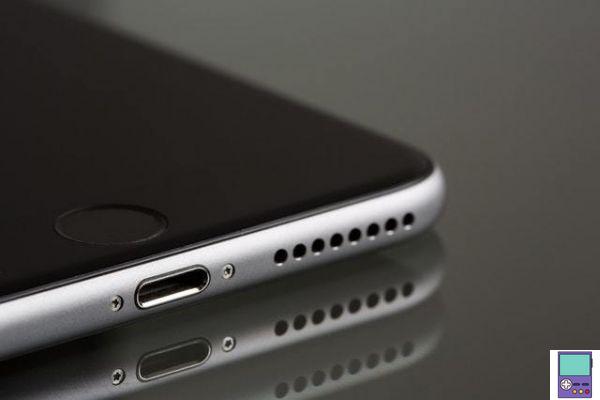 Since the iPhone 7, Apple has not used traditional headphone jacks on its smartphones, known as P2. Therefore, it is possible to use only those with a lightning-type connector, the same that allows the smartphone to be recharged. Or wireless models, connected via Bluetooth.

Therefore, if you purchased a newer iPhone that has a common headphone jack, the device is not original. 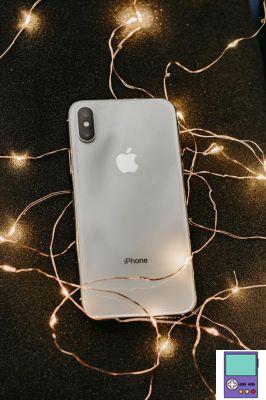 Every iPhone has the famous apple logo located on the back of the device. In the original, when swiping the icon, the user does not notice any difference or relief in relation to the surface.

Despite being increasingly specialized, the producers of replicas and fakes are hardly able to reproduce this type of impression. Therefore, the result usually has a gap between the surface and the image of the apple. 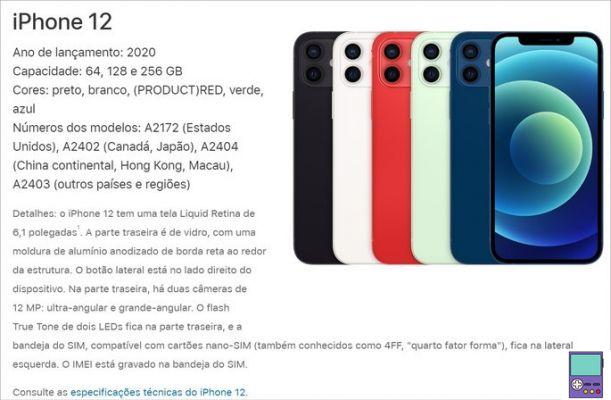 With the device in hand, it is possible to compare its appearance with the description made on the Apple website. Check details such as colors available for that model, position of buttons, cameras and flashes, among others.

The company even describes the type of finish. Like “textured matte glass, with a stainless steel frame around the frame” in the case of the iPhone 11 Pro Max.

See also the capacity available for each model. If they offer a 128GB iPhone X, be wary, after all, the series only has 64GB or 256GB options.

What an iPhone Doesn't Have

iPhones lack some common features in smartphones from other brands. Apple devices do not have a digital TV or apparent antennas. They also don't have a memory card or dual-sim drawer.

Attention: models like iPhone XS, iPhone XS Max, iPhone XR or later do have dual-sim function. Despite only having space for one SIM, a nano-SIM card and an e-SIM, which is a digital version of the chip, are used. 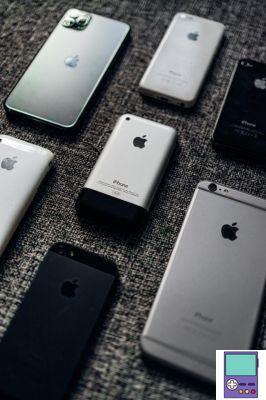 It seems a bit obvious, but when the offer is too good to be true, it's important to be suspicious. If you find an iPhone at a specific store at a very low price compared to other trusted stores, be suspicious.

It is worth noting that some original appliances are usually sold by serious companies at cheaper prices because they are showcases or refurbished, also called refurbished. In general, stores indicate the reason for the reduction in value.

A showcase iPhone, as the name implies, is one that has been on display for some time. That is, it was not protected in the box and may have some marks because of the interaction with the customer or with the employees.

A refurbished device is one that, due to a problem, was returned to the manufacturer and had the problematic parts replaced. The battery and the rear are also replaced. In general, they are sold at up to 15% off and have the same guarantees as a new smartphone.

How do I know if my iPhone is refurbished?

If, by chance, you see the letter P, means it has been customized. already the letter N indicates that it was given by Apple as a replacement for a defective device.