The good son returns home, the old saying goes. Tales of Vesperia: Definitive Edition is back on Xbox in a remastered edition packed with new content. Does this classic JRPG from Bandai Namco still have breath for current-gen audiences? Check out our impressions.

A world to explore

Em Tales of Vesperia, the humans of Terca Lumireis created a technology called blastia, which is used for virtually all of their needs. But the main function of blastias is to create barriers that cover cities and protect against monsters. The story begins with a young ex-imperial knight, Yuri Lowell, on the hunt for a bastia thief from the outskirts of Zaphias. What Yuri didn't expect is that a simple theft would end up putting him on a journey that could decide the fate of humanity. 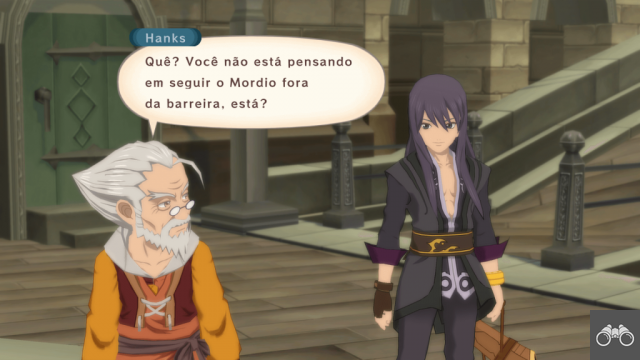 So… it all started

So begins one of the biggest and best journeys a JRPG can provide on Xbox One. The world of Terca Lumireis is immense and the player will be able to explore literally every bit of it. Land, sea or air, there are no limits in Vesperia, and the game even encourages the player to explore every possible scenario. Of course, you can just follow the main story without any problems, but you might miss out on some interesting side quests, or even chests with extremely valuable items.

a cast of respect

Vesperia's plot is not the most original in the world and follows the formula of most known JRPGs. The protagonist gets into a little trouble and when he least realizes he is saving the world somehow. Even so, Vesperia makes some interesting approaches such as social inequality, racism and even environmentalism. 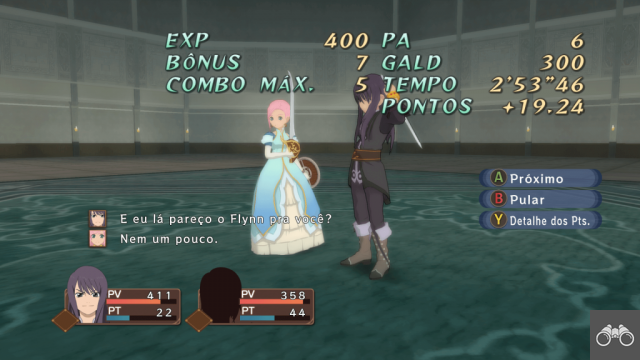 
But what makes Vesperia's story interesting is its cast. Yuri is a character with a strong sense of justice, going to great lengths to fight for what he believes is right. The danger is that such determination can make you walk down dark paths. The rest of the characters are equally interesting, like Estelle, a young aristocrat who is unaware of the world outside the empire and always seeks to help others. Rita, the scholar obsessed with blastias. Karol, a young man who seeks to show his worth to his guildmates. 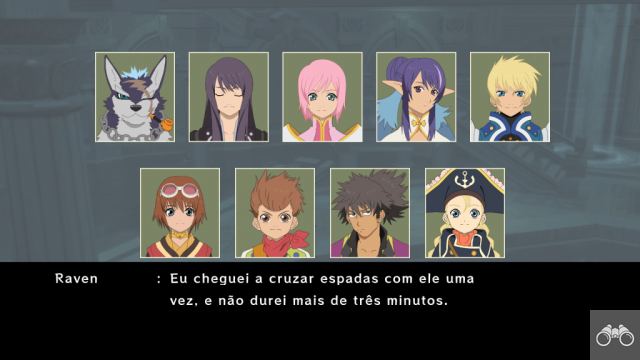 Until we barely fit people on the screen

An interesting insight into Vesperia is the reviews that appear throughout the game. The characters begin to converse about the most diverse topics. The player gets to know a little more about each of them and, as the adventure progresses, the dialogues gain deeper and more intimate topics. Soon you start to wonder which or when the party will have the next dialogue.

I've always been a fan of JRPGs in general, but the ones I liked the most were the ones that opted for action over turn-based battles. That's why I've always been a fan of the Tales franchise. Vesperia is no different. You control one party member while the AI ​​controls the others. You can change the AI ​​strategy to a more aggressive, defensive, or balanced approach. 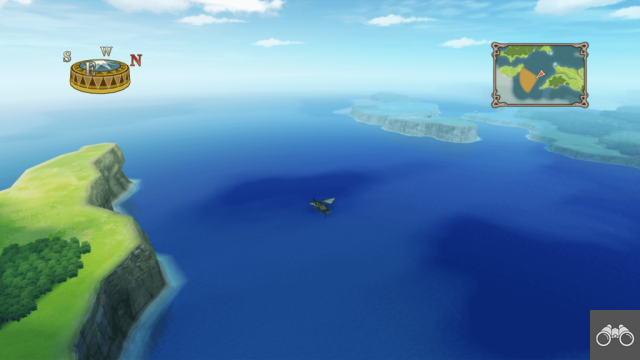 With the character that the player controls it is possible to attack, defend, use item and Arts. The Arts is the name for the skills that characters acquire as they build affinity with the weapon they are wielding. Weapons in Vesperia have unique Arts and as the player uses them, he learns them and can equip them. So the player can exchange for a new weapon and learn new Arts. 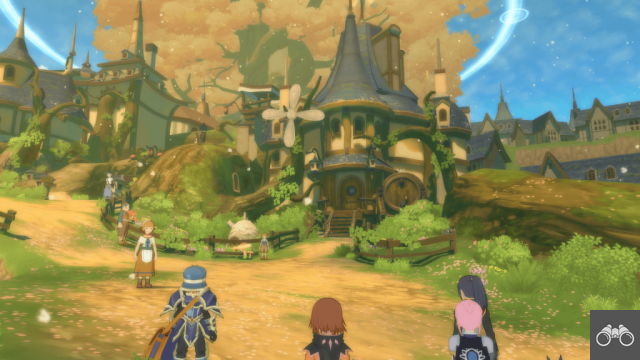 The graphics are eye-catching

It's a bit confusing at first, but very interesting. You're there in the middle of the battle, and out of nowhere, your player learns a new Art. Not only that, it is possible to learn how to create combos of different arts. The combinations are almost endless. You can be level 100 and still learn a new Art.

Originally released as an Xbox 360 exclusive, Tales of Vesperia it was one of the maneuvers that Microsoft used to conquer the Japanese market. The Tales series is one of the most highly regarded among JRPGs and Vesperia was responsible for a good boost in Xbox 360 sales in Japan. 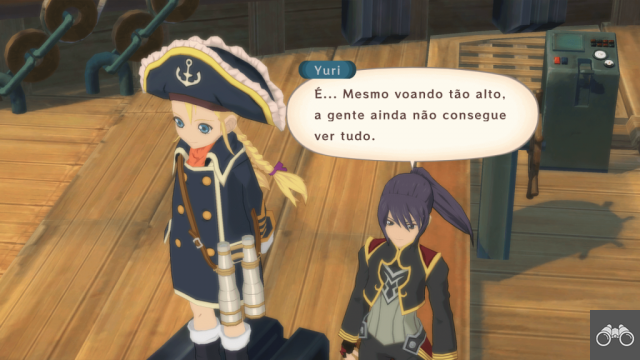 Patty is one of the new playable characters

Approximately 10 years after its release, Bandai Namco announces Tales of Vesperia: Definitive Edition. A commemorative version of the game with graphical improvements and content unheard of in the West, abusing the firepower of the current generation. 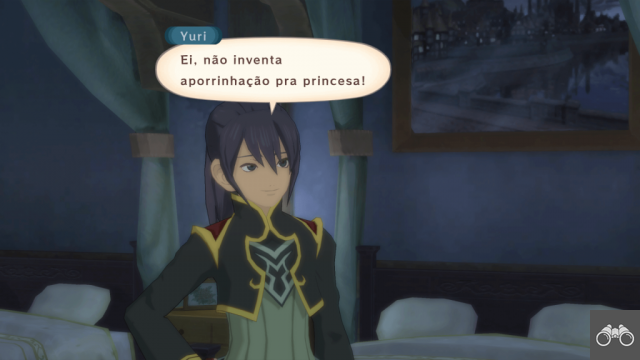 It's easy for anyone

To our delight, the work done in Tales of Vesperia: Definitive Edition it's a commendable thing. Start with the native resolution in Full HD. Despite presenting players with exuberant scenarios, the non-interactive scenes didn't receive the same whim, and you can see that some animations are well dated, reminiscent of graphics from two generations ago.

Additional content includes Patty and Flynn as playable characters. But they are not "simply added", as there are dialogues and non-interactive scenes that have all been reworked. The result is as if the characters were part of the original team from the start. As I played the Xbox 360 version, the difference was clear. It was even difficult to imagine the game without the comical encounters with Patty. 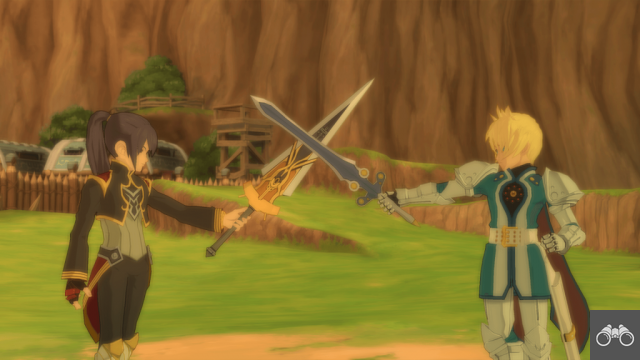 And to our delight, Bandai Namco did their homework. I brought the game with subtitles in our language, very well localized by the way. It wasn't just a translation, the team took the trouble to bring in several popular terms, making the dialogues much cooler. This should serve as a rule for the big publishers, which still don't seem to understand the value of our country's market.

Tales of Vesperia: Definitive Edition shows why it is considered one of the best JRPGs for Xbox. It is a game capable of providing one of the most complete experiences within its genre. A brings great additions like new characters, new dungeons and new stories. To the delight of our countrymen, the game arrives with an excellent job of localization, showing the appreciation that Bandai Namco has for our market. For the fans, it's a great tribute. For newbies, one of the best games to get to know the world of JRPGs.

add a comment of Analysis – Tales of Vesperia: Definitive Edition