When LEGO Star Wars: The Skywalker Saga was announced in 2022 as a definitive collection of LEGO Star Wars, I figured it would be a simple job, just slapping the previous games but including remaining episodes/phases. Three years later I confess that I was completely wrong! TT Games has done an excellent job of providing us with new games within the package.

LEGO Star Wars: The Skywalker Saga contains all nine major films in the franchise Star Wars, each with its own dedicated section. The previous games got a reimagining, with new content and several new features, something that was standardized for the entire game. We now have many more RPG elements, interactive maps, tons of collectible characters (380 and up), as well as spaceships, upgrade tree and much more.

One of the great insights was to keep only the third-person camera view, giving much more immersion to the scenarios and making the game look more like an action RPG game than just a block-destroying adventure. They added complexity to combat, with light attacks, heavy attacks, combos, objects to cover and more.

The characters were divided into 10 classes, making it easier to access the previously hidden parts of the stages. Each access to these areas appears with the required character class symbol. Switching between characters and/or classes has also become easier. Among them we have Heroes (Rey), Villains (Jabba), Jedi (Luke Skywalker), Dark Ones (Darth Vader), Robot Interpreters (C3-PO), Bounty Hunters (Bobba Fett), Rascals (Han Solo) and more. Each type, in addition to having specific skills, also has a dedicated upgrade tree, which can be acquired with collected Kybers blocks. These, by the way, have also increased a lot, since there are more than 1000 blocks spread across the galaxy, and obviously, the amount and options for upgrades is also immense.

Each movie is an episode that were grouped into the 3 trilogies, as well as the movies. Each trilogy must be played sequentially, that is, the episodes related to the second and third movies are only released after the first and second movies are finished, respectively. You can choose to start with any of the three trilogies. 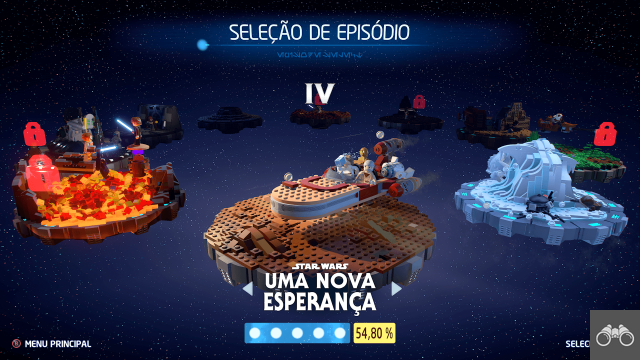 As with the other franchise logos LEGO, you will finish the stages in campaign/story mode, releasing to free play. In campaign mode you will have specific characters as well as classes. In free mode you will have all the characters/classes that you have already unlocked. So the replay factor is always present, providing a new approach in each scenario. 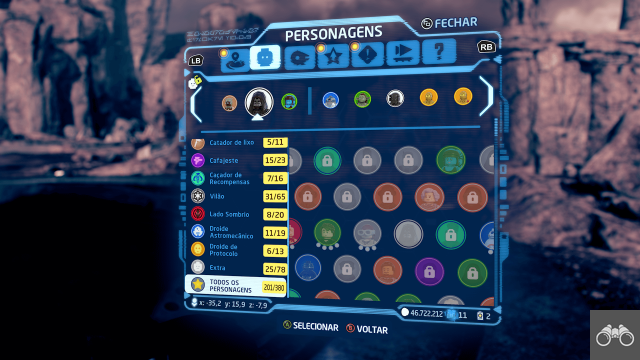 A great novelty is the star map, so now you will choose the system, and the planet to which you will travel. In each one you can have several locations and with fast travel options once visited. Now with the location map, it is also possible to define or mark the location of a block, access card, characters, etc. Making it easier to collect, after all, they greatly increased the amount of Kyber blocks. 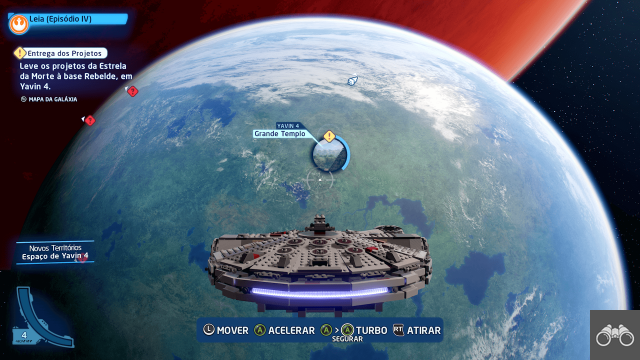 What also received improvements were the mini-games present in accesses and hiding places, each character class has a default puzzle type, making them more distinct and varied. The camera was standardized for third person, and can even aim, solving one of the great criticisms of the LEGO franchise games. 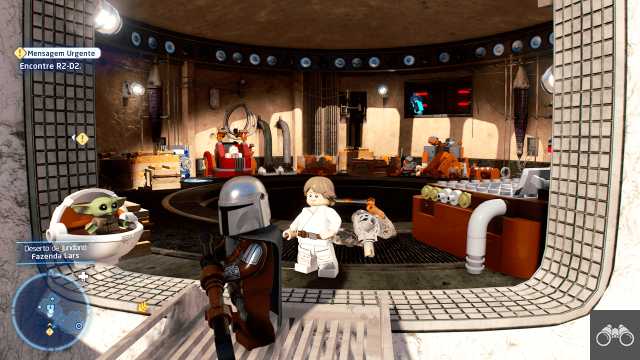 And of course, the always great humor present in the franchise titles could not be missing. LEGO, which is always striking in the context of each story being told.

LEGO Star Wars The Skywalker Saga It's definitely the best title in the franchise. LEGO. The improvements have brought a more cohesive and precise interface, making it easier for all types of players, whether those who love to collect, those who like combat, or those who are only interested in the plot.

The game is fully localized, with excellent quality Portuguese dubbing and subtitles. It also supports Smart Delivery, with versions for Xbox One and Series X|S.

He is, without a doubt, a must-have title for fans of the franchise. LEGO e Star Wars.