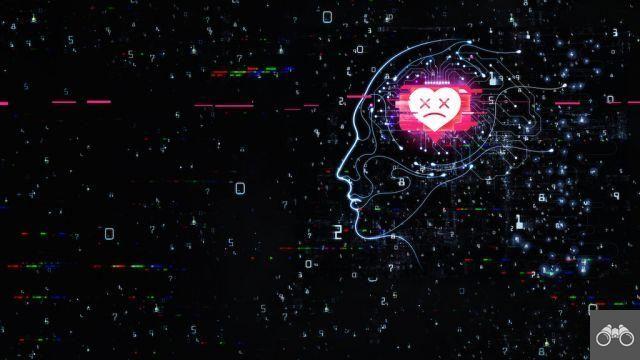 If you've been paying attention on social media in recent weeks, you've probably come across someone talking about the film. The Social Dilemma, or as it is called in our country: The Network Dilemma.

The Social Dilemma premiered on Netflix in early September, was written by Jeff Orlowski, Davis Coombe and Vickie Curtis and directed by Jeff Orlowski. It is an original production by Netflix itself in partnership with Exposure Labs, The Space Program and Agent Pictures.

Some refer to it as a documentary. In fact, it's a mixture of the two. As ex-employees and experts speak, images are shown (as if from a movie) of a family illustrating how this social dilemma works in practice.

The documentary The Social Dilemma, acclaimed by the website specializing in films Rotten Tomatoes, shows the manipulation that users of social networks suffer in order to provide financial gains to companies. Maybe even a little exaggerated.

For this, the networks use techniques to monetize the data acquired through registration, use and also through surveillance. Every little thing you do on the internet, likes, comments, time watching a video, all this is stored by companies. Everything is designed for you to be more and more connected.

Additionally, The Social Dilemma addresses the use of social media to influence politics, the consequences and impacts on people's mental health, and its role in the spread of Fake News and conspiracy theories.

SOME PEOPLE WHO PARTICIPATE IN THE SOCIAL DILEMMA: THE NETWORK DILEMMA

Part of the documentary features actors Skyler Gisondo, Kara Hayward and Vincent Kartheiser, who enact the story of a teenager's addiction to social media.

The other part are former employees of the biggest companies in Silicon Valley. In addition to specialists, doctors and professors who are a reference on the subject.

Discover some of them below:

In The Social Dilemma, Tim Harris is featured as a former Google Design Ethics Specialist and Co-founder of the Center for Humane Technology, which is an NGO focused on the ethics of consumer technology.

He majored in Computer Science at Stanford University, where he also studied the ethics of human persuasion and the psychology of behavior change.

Currently, Justin Rosenstein is one of the founders of Asana, a platform designed to help teams organize, control, and manage their work. He participates in The Social Dilemma as an engineer at both Google and Facebook.

Rosenstein was a leader and participated in projects that you probably know and have already used, such as Google Drive, Gmail and was responsible for creating the button Enjoy from Facebook.

Former Facebook executive Tim Kendall tells in The Social Dilemma that he was hired to put together what Facebook's business plan would be. As a result, he became the company's Director of Monetization and was one of those responsible for the idea of ​​making money through advertising.

Kendall is also a former president of Pinterest and nowadays he is CEO of Moment.

Author of the book Ten Arguments for You to Delete Your Social Networks Now, Jason Lanier is a computer scientist and is considered the “father” of virtual reality. In addition, he is an advocate of humanism and sustainable economy in a digital context.

Lanier, who is one of the biggest references in Silicon Valley, has no social media account and in The Social Dilemma he makes it clear why: “I avoid social media for the same reason I avoid drugs.”

Together with Tim Harris, he founded the Center for Humane Technology. Aza Raskin worked as Head of User Experience for Mozilla Labs and Head Designer for Firefox. He is also known for inventing the infinite scroll.

In The Social Dilemma, Raskin defends the ethical use of technology and is critical of the effects that modern technology has on everyday life and society.

Shoshana Zuboff is the author of The Age of Surveillance Capitalism, a retired professor of Business Administration at Harvard, a Ph.D. in social psychology from Harvard University and a BA in philosophy from the University of Chicago.

She is called “The true prophet of the information age”. Another book of hers has become a classic. “In the Age of the Intelligent Machine: The Future of Work and Power” was critically acclaimed in both the academic and specialist press.

Psychiatrist and director of the Stanford University School of Medicine, Anna Lembke is an expert on the opioid epidemic. She also studied technology addiction.

In The Social Dilemma, Anna says that “social media sucks”. Her children also appear in the documentary and together they identified that most people greatly underestimate the amount of time they spend on their cell phones.

PHRASES FROM THE SOCIAL DILEMMA: THE NETWORK DILEMMA

Some phrases from The Social Dilemma, said throughout the documentary, caught our attention and made us reflect. They follow:

“Any advanced technology is indistinguishable from magic.”

“There are only two industries that call their customers users: drugs and software.”

“We want to understand how, psychologically, we managed to manipulate you as quickly as possible.”

“Every action you take on social media is carefully monitored and recorded.”

“Social networks work like casino slot machines. The entire design is made to get you hooked.”

“The business model of companies of this type is to keep people on the screen.”

“Social networks are not just tools that are waiting for you to use them. They have their goals and their ways of achieving them.”

“We don't pay for the products we use, advertisers do. They are the customers. We are the thing being sold.”

WHY ARE WE TALKING ABOUT THE SOCIAL DILEMMA?

As Tim Kendall said, during the documentary, social networks also had great positive impacts. As people who found family and friends and people who managed to locate organ donors, are some examples.

But the purpose of The Social Dilemma is to “reveal” what is behind social media, the much-acclaimed (and at the same time feared) algorithm and the companies that use it. But for those who have been navigating these seas of the internet for a longer time, maybe they won't see anything new.

The difference is that, in addition to showing the issues related to the use of the internet, the documentary also suggests actions to start controlling the problems.

This text is not intended to say who is right or wrong. But rather to suggest that you watch it yourself and draw your conclusions. And please don't despair! It's no use deleting your Facebook account and continuing to access WhatsApp, Instagram, Youtube, Google!

It is very important to be aware of the different issues that permeate our daily lives so that we do not enter the bubble mentioned in The Social Dilemma.

One of the most talked about movies on social media at the moment, The Social Dilemma is a warning to their danger. Finally, hypocrisy.

Tell us in the comments if you've watched The Network Dilemma and what did you think?

The Voice +: All about Globo's musical dispute ❯

add a comment of The Social Dilemma: The Netflix Networks Dilemma