When Ryse: Son of Rome was announced, it wowed players with its awesome graphics, showing the power that the Xbox One could provide gamers, was a good game for that purpose. 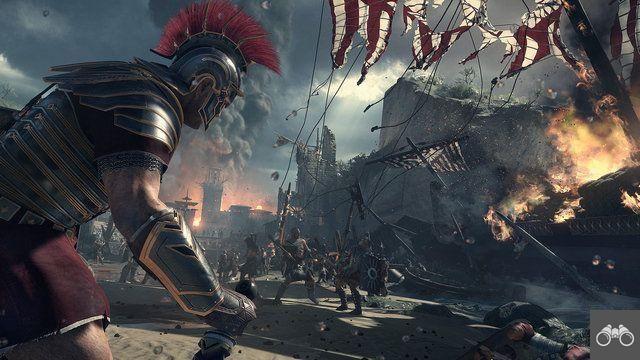 A story from Ryse: Son of Rome revolves around Marius titus, a Roman soldier who has his entire family murdered and begins his journey in search of revenge. Marius is a soldier totally dedicated to the empire of rome and fights for his people and for his revenge against the barbarians, but in addition he finds himself involved in political plots that gradually reveal his true enemies. The plot seems cliché, and resembles the atmosphere of movies like “300” and “Gladiator”, but in the end it works very well. The story still has fantasy elements like gods and even adds historical figures to complete the package. 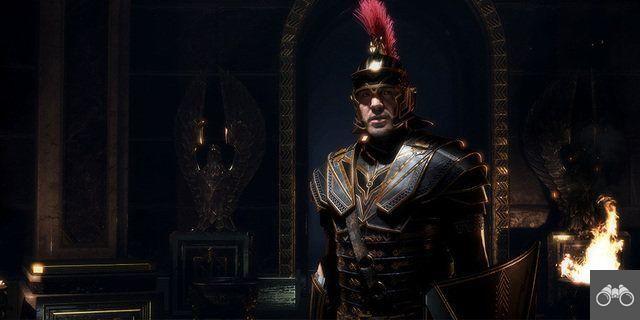 It's impressive to grandeur of the scenarios, which are worthy of Hollywood super productions. The choice of Rome as the setting for the game was very good, as there is a legion of players who love this theme and Crytek was inspired to show very popular scenarios, such as the Colosseum, details of palaces and fortresses of the ancient Roman Empire and still present the streets, villages, forests and swamps of Brittany. The definition and details of the characters' faces are also impressive, in addition to beautiful light and particle effects. The care with details of weapons, clothes and scenarios is impressive and the amount of elements on the screen does not affect the fluidity of the game. It is worth mentioning that the transition between cutscene and gameplay does not exist, the graphics presented in the story scenes are the same throughout the gameplay of the game, this is impressive! 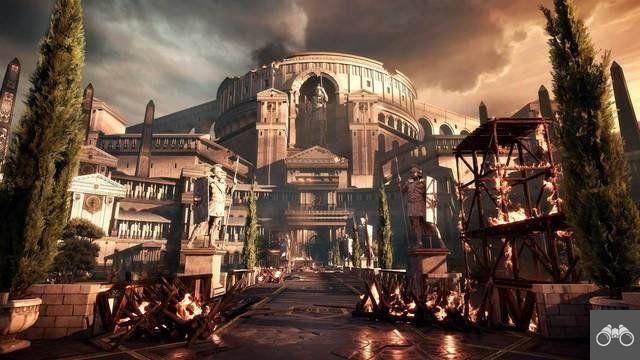 At this point, Crytek hit the nail on the head, as it showed its graphics engine with greatness, but it often seems that the story goes very superficially to emphasize this graphic power. With each scene showing Marius' dedication to the Empire of Rome, we are left with our mouths open with the beauty portrayed on the screen, but there is that feeling that the story was in the background to pay attention to the beautiful settings. 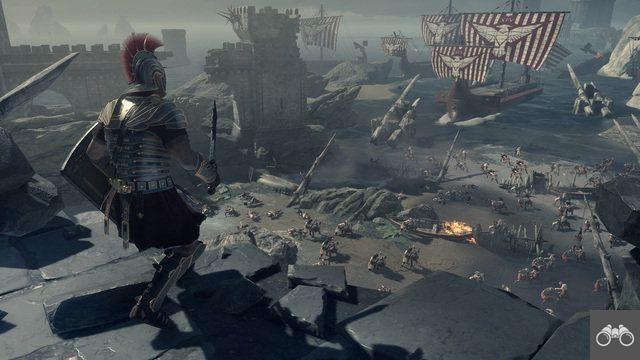 In this regard, the greatest weak point of the game, because despite a show of beautiful graphics, Ryse presents a very short campaign, which you can extend further in search of collectibles (shields, chronicles and cards), but in the end there is a feeling that the game could have explored more the vast possibilities of the scenarios, historical moments and the history of the character Marius. The plot develops well, but could have been a little more explored. 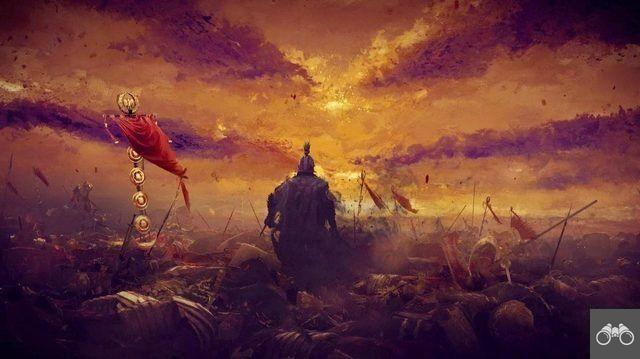 A controversial point in relation to Ryse is her gameplay. When starting the game you are introduced to the game's battle scheme that has simple attacks with the sword, break the enemy's defense, defend with the shield and dodge with somersaults. When an enemy is close to death it can be executed with a Quick Time Event (QTE) which features very fun and extremely violent scenes, such as cutting off limbs, burning enemies in bonfires, slaying barbarians and stomping on throats. 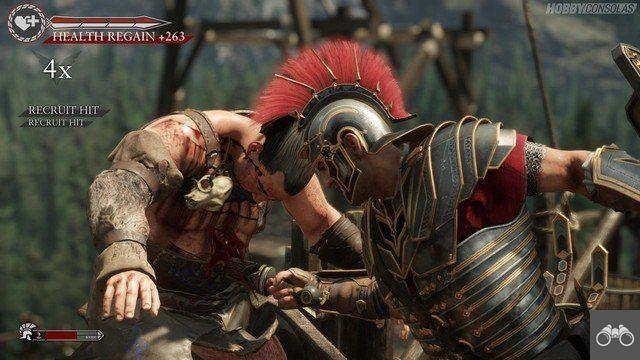 If you miss the QTE or don't press anything, the game continues with the automatic execution of the combo, but you won't get the bonus you would receive if you hit the commands, which is essential to get more experience to improve the character for the most difficult missions that the game will have. But for many, even with that XP loss, autorun can take the game out of the challenge. The problem of relying on a unique game mechanics is that the game can become repetitive. The battle system repeats itself over and over, as do enemies that don't have much diversity. 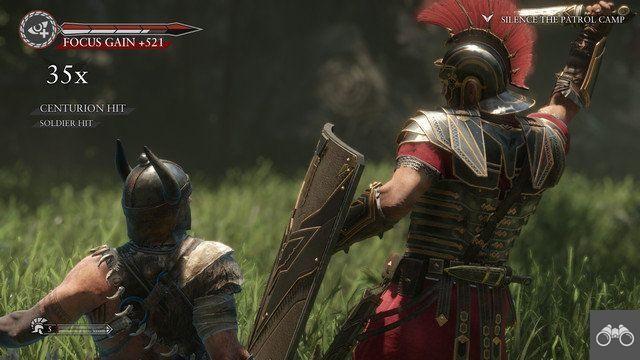 Marius also has a "special power", which slows down the motion making enemies dizzy and more susceptible to attacks. Another really cool part is the barriers made with the soldiers, very similar to the ones we saw in the movie “300”, a very strategic part that could have been explored more in the game. Overall controlling Marius both individually and commanding the troops is very exciting, because we are in charge of a normal man and without super powers, it's cool to be able to challenge and slice enemies without mercy or mercy. But there is a feeling that more aspects could have been added to the gameplay. 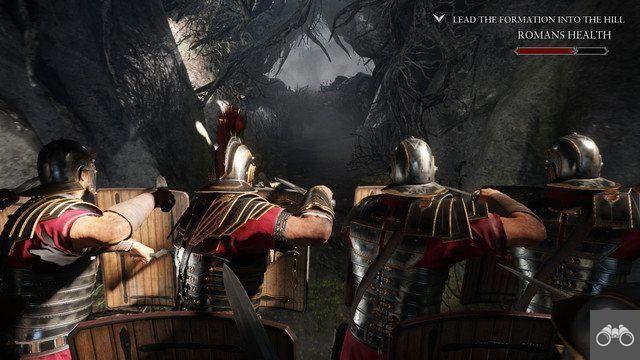 A soundtrack was very well chosen, it passes all the epic atmosphere of the period that the game portrays and the effects of the battles, are placed at the right time and guarantee a good immersion in the game. In our country, the game was fully localized and the Dubbing It was very good with voices that match the characters. 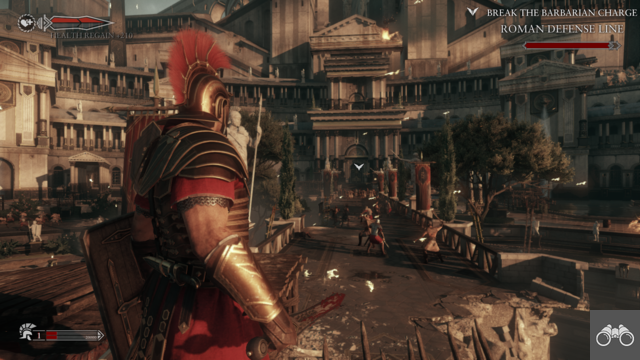 The game still has a very interesting multiplayer mode, which despite betting on the already known mode of hordes, has scenarios in battles that make all the difference to the climate of disputes. After all, you are a gladiator defending himself against barbarians inside the Colosseum. This mode still requires you to accomplish some objectives like eliminating archers, destroying catapults. You can also do battles with a friend as Ryse's multiplayer is focused on cooperation between players within the arena. 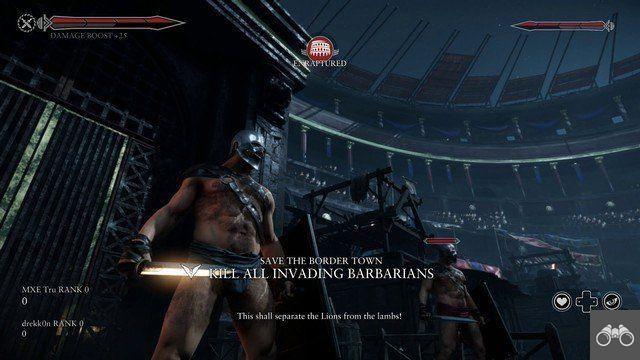 Overall, the experience with Ryse: Son of Rome is quite satisfying, the graphics are amazing as well as its soundtrack, the story is very interesting despite being very fast and the gameplay is fun despite being repetitive. The game is excellent for showing your friends what the new generation is capable of and will guarantee you a good time of fun destroying barbarians and seeking revenge throughout Rome.

add a comment of Review: Ryse Son of Rome – Venture to Rome!