SpongeBob SquarePants: Battle for Bikini Bottom - Rehydrated dives into the source, or would be rehydrated, of so many remakes and remasters of titles that were successful in the past and come back with improvements.

After all, that's what a remaster and/or remake is, check out our Powercast on the subject.

The story and gameplay are the same as the original 2003 game. Plankton wants to conquer the world (not Pinky and the Brain either?), in addition to stealing Krabs' burger recipe and for this he creates a legion of robots. But due to technical failures, they are not obeying him, going on to destroy the city. To solve the problems with the robots and save Bikini Bottom, Plakton enlists the help of Sponge Bob, Patrick e Sandy. 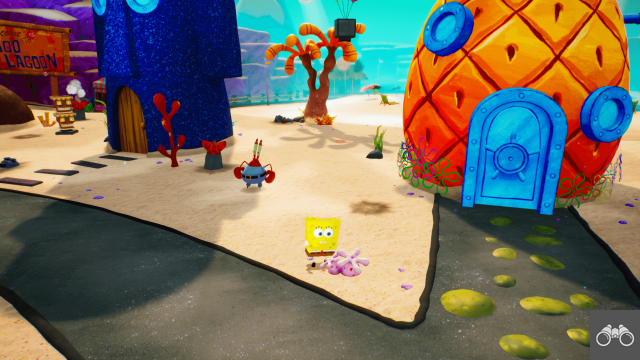 The character's life is accounted for by the underwear of the Sponge Bob. It's no wonder that the expression change the underwear and life that follows was well used!

Many of these objects will be obtained by going through areas already visited but using another character. The characters are released as the game progresses and they have different characteristics, Sponge Bob, which you start, produces soap bubbles and a double jump, Patrick can pick up objects and throw them at targets and enemies, while Sandy has a lasso that can be used to tie enemies, swing and cross platforms.

Changing characters must be done at the bus stops scattered around the bikini bottom. The area map indicates the amount of socks and spatulas to be collected. 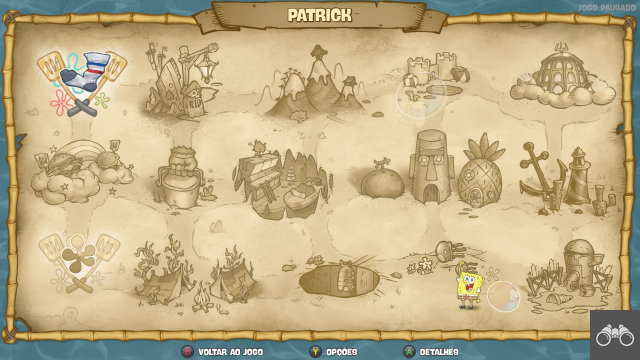 Certain areas have Bosses and these are really the toughest enemies. Each one has a different approach, a recurring theme in old platform games, right?

An addition in this version is the possibility to play in multiplayer, with the local option and via Live, in a Horde mode. Added new characters for use, including Robot Plankton, Krabs, Squidward and more. 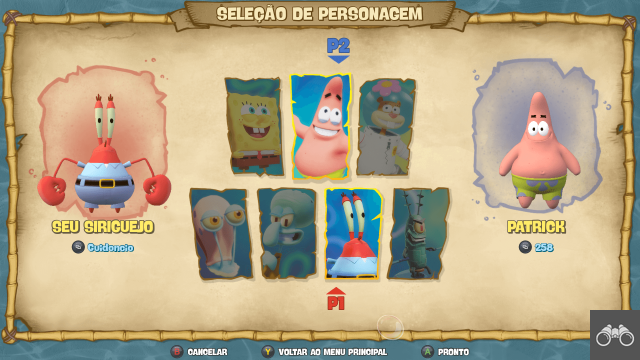 Playing with friends via live is a complicated task, the invitations don't always work. Me and Michael tried for like 20 minutes on a live and gave up.

The game gained many colors and textures, making a scenario even more beautiful to see. It really is the strong point of this version.

The new graphics and sound brought a better 3D perspective and immersion to the world of SpongeBob. Bikini Bottom is eye-popping, approaching the atmosphere of the cartoon. In fact, always present in the humor of things in the game. 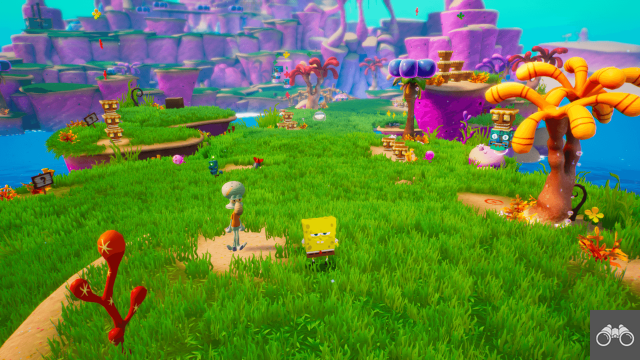 Content not present in the original version has been added to the game, including bonus stages, some new enemies and Bosses.

SpongeBob SquarePants: Battle for Bikini Bottom – Rehydrated is a massively improved remake that fans of SpongeBob SquarePants and the platform genre are sure to enjoy. The simple gameplay was practically kept from the original game, minor improvements, but still a little repetitive, common in platform games. The downside of the game is the multiplayer between friends, it only worked well in local mode. It still has a very affordable price.

The game only has the option of subtitles in Portuguese, a pity because it has many voice options in addition to English, such as Spanish, French, Italian, German, Polish and Japanese.