I've waited a long time to release this review of Forza 6, doing a review without playing at least 10 hours is unfair, so for those who don't know the game in depth, I'll talk about each aspect.

Forza Motorsport 6 is the newest edition of the Best Racing Simulator in my opinion, each edition Turn 10 manages to improve something like graphics, gameplay, sound, now I'm going to talk about each of them. 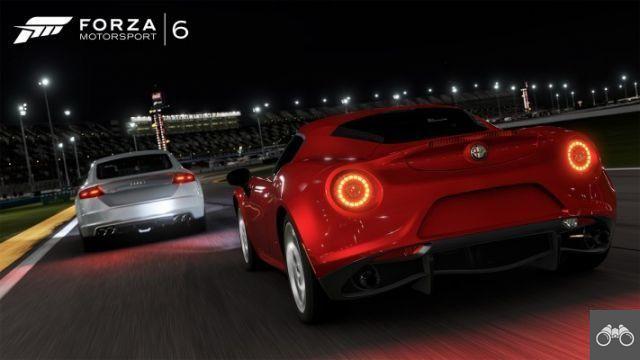 The game works like a simulator, so all the impact, braking, acceleration interfere with the gameplay, so to get along, it's good to learn to catch the vacuum of other cars, the right time to brake and accelerate in curves and so on. But it doesn't mean that those who don't like simulation can't have fun, those who want can turn on the assists and play like an Arcade racing game, looking like the Forza Horizon which can also turn assists on and off.

The highlight is for the Night and Rain races, novelties in the series Motorsport, the rain has density, which can have a phenomenon well known by drivers called Aquaplaning, the rain locks the wheels and the car is gliding over the water, requiring a little calm and skill to get out of this situation, in the game it simulates well the that happens. 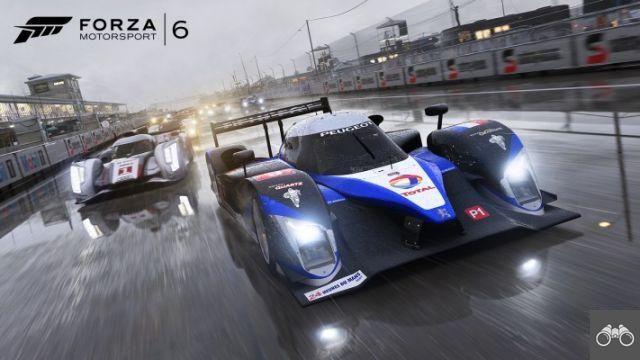 The resource Drivatar it's still as good as its predecessor, even the game itself tells you if you should increase the difficulty, for those who don't know Drivatar it's its driving characteristics, each aspect with gear shifting time, aggressiveness, handling is represented in an avatar Your opponents are your friends' Drivatars, so if your friend pliots violently, you're going to have trouble.

For me what I liked the most. the menu of Force 5 it wasn't pleasant, he didn't encourage you to continue, it was all too spread out, now everything has changed, you have a way Volume in which the categories are divided and the progression is linear, you can choose between various types of categories within the volume, that is, you will get stronger cars by going from volume, starting with passenger cars, tourism, reaching cars IndyCar and so on, it's a career progression.

The leagues were the mode that caught my attention the most, because this is where it gets complicated, it's the way multiplayer but with dispute for points, the races have periods, you have until such a day to play this League, Example: Asian Car Races, Europeans and etc… 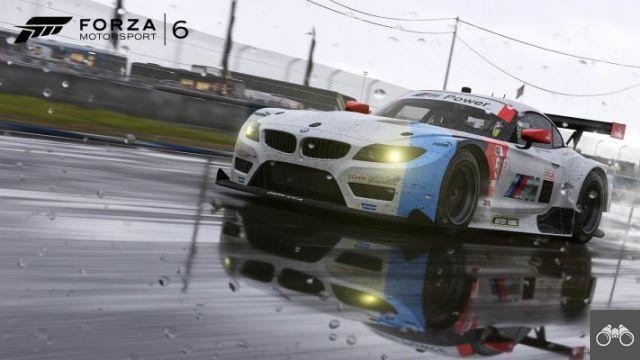 Because it is played against players, it becomes much more difficult, the crowd doesn't forgive, they are hits, closed, you have to be smart and accelerate well in the curves, if you spin it's gone, there's no way to go back, if you spin, it becomes a ghost that's it. only return to the track after a battalion has already passed.

So I advise you to play campaign mode first, disable some assists , oh yes, take a risk in this mode, there are single races in which you don't need to dedicate so much, it's like traditional multiplayer modes.

Continue spectacular, the roar of the engines, the impact of the knocks, shifting gears, turbo, electronic injection, each type of sound is faithfully represented, the sound in the series has always been worthy of praise.

Force remains the King of Racing games, with a very simple, fluid gameplay, beautiful graphics and an amount of cars that grows every day, even though more Saga games are coming out Force, there is a relay between the Motorsport e Horizon, the game does not stagnate and always brings something new that justifies the purchase in short intervals of time.

Links to purchase on the Xbox Store: