Games to have fun with kids

We had the idea of ​​making a post about Xbox family games to play with children, this will be a different post, written together, this is the first time that we will have more than one author in a single post.

First here @andrefonema talking a little about my experiences with my daughter both on Xbox360 and Xbox One, so let's go.

1 – Viva Piñata – Xbox 360 (Playable in Xbox One backwards compatibility, or via Rare Replay)

This game is incredible to play with the princess, in addition to being addictive and fully dubbed, making it easier for her and mine to understand the game, taking care of the garden, bringing the Piñatas and having a lot of fun with this game is something unique.

My two girls are fans of the Frozen movie and loved dancing to the theme song in the game, among others of course.

She loved this one, it was possible to start her in turn-based battles, follow the story of Aurora with her, as she loves princess stories and poetry, she loved the game too much. 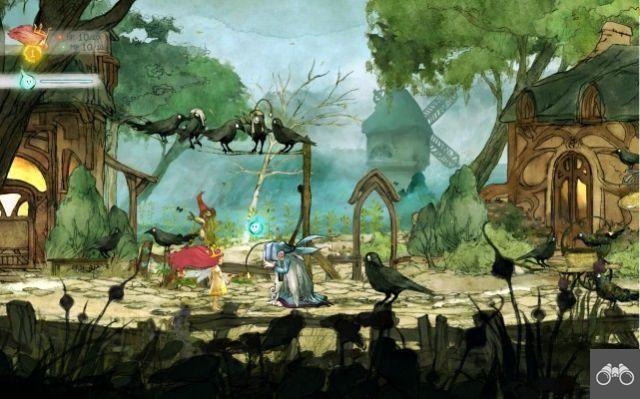 I remember that she saw the movie with us at home, soon after the game arrived for Kinect on Xbox 360 and even with all the problems that the game presented us, it was a lot of fun to play as a family, enjoy the songs from the movie and get tired a lot.

My little girl always loved to play Mario, when I got the Xbox One I couldn't leave her without playing Rayman, the game is a masterpiece, beautiful, excellent and with a high difficulty, which irritated her a little, but she always gave me the control to pass some parts to her and that brought us a lot closer during the game. 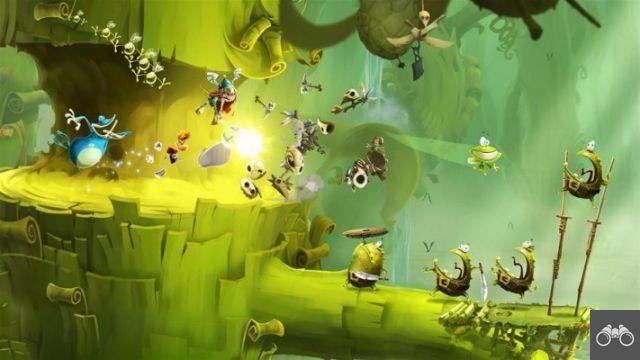 Following the line of @andrefonema, @guidoncio lists some games to have fun with the kids.

6 – LEGO Series: Impressive how the series appeals to everyone, whether children or adults. Let's face it, it's really cool to build things, and even cooler to destroy them! – Xbox 360 and Xbox One 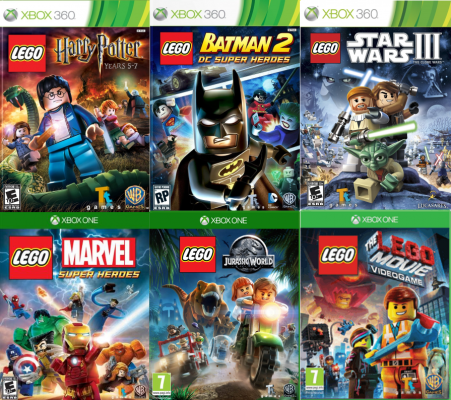 We have LEGO games with different characters: Star Wars, Indiana Jones, Batman, Harry Potter, Pirates of the Caribbean, Hobbit, Lord of the Rings, Marvel Heroes, Jurassic Park among others! There are games for X360 as well as for Xbox One. Choose a character you like and have fun!

It is unknown where they came from, nor how they got here. But one thing is known: they are here to play! Rabbids are curious little creatures that have landed on Earth and are on a mission to mess up and have fun at the same time. When there's a problem, you know they're around! The game was based on the French Nickelodeon series and requires the use of Kinect, bringing lots of interactivity and fun for everyone!

Explore the magical world of Disneyland, walk through Disney's first park, take part in immersive adventures at popular attractions and interact with 40 Disney characters using your entire body, no controls required. Disneyland Adventures is your ticket to the magic of the Disney world, and all this, without leaving the comfort of your home, you don't even have to go to Anaheim California. Sure fun for kids, even if they are adults!

The game is similar to Disneyland Adventures, but instead of visiting the Disney theme park, the game focuses on Pixar characters, including Toy Story (I, II and 3), Up, Cars (1 and 2), The Incredibles and Ratatouille. There are several games with the characters in addition to a lot of fun. If the child likes Pixar movies, they will surely enjoy the game's games. 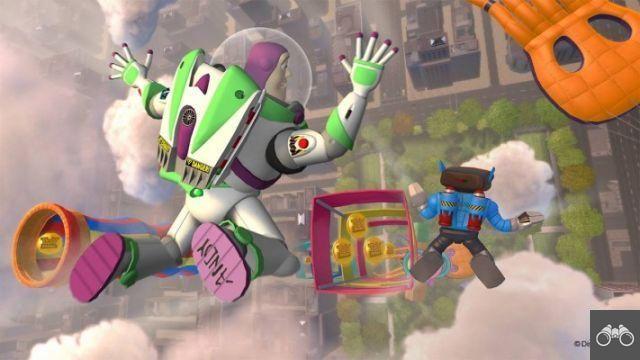 Fun guaranteed for your Youngling or Padawan! Be part of the Star Wars universe with five dynamic gameplay modes. The player takes on the role of an apprentice Jedi Knight, learning to use the Force and the feared and famous lightsabers against his enemies. The plot takes place between the end of Star Wars: Episode I to the beginning of Episode III.
Sabers are used with the movement of the right arm, while the Force is invoked by the opposite side. The battles are frenetic, with laser shots being reflected, Jedis against Siths and the story with the usual saga theme. 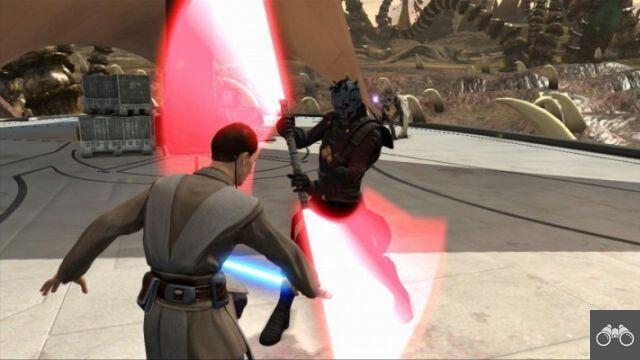 Joining the team's idea of ​​relating some games to have fun with the kids, I @michaeldmelo come to present some that my nephews liked and so did I.

A game genre that is rarely in Microsoft's collection, a game of platform, very fun and different where you have a magic pencil and use it to go through the puzzles, the scenario is very colorful, a plot that involves the relationship between brothers, showing the importance and where sometimes, the older brother doesn't have much patience with the youngest, that's how it is is a great request to show these values to a child.

Whenever my niece or another child comes to my house, I show them this game and they are immediately delighted. 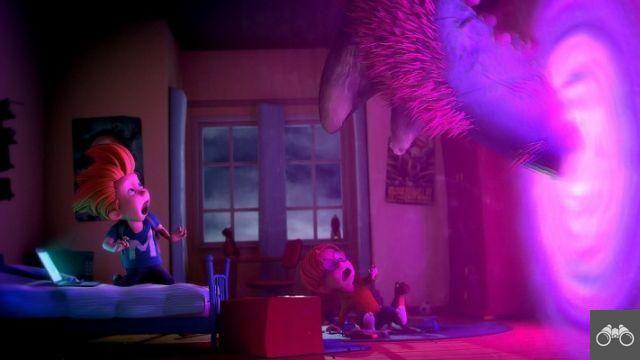 A game that I'm currently playing and will do a review, indie but it looks like a game from an already mature company, it's about an Eskimo child and his people, it's in the platform genre, platform games always entertain children and adults alike for being uncomplicated, some puzzles can be a little complicated for a child but nothing that a little help or even the child, can solve alone, having that challenge as learning, strengthening logical reasoning.

This is one of the few games that I thought the Kinect had a great use, it has several modalities, a game that you need to dodge the balls, another one of a rapids with a boat, one in the mine cart that has several challenges, among others and in the end it generates that bizarre photo, being able to have high fun times with the kids. 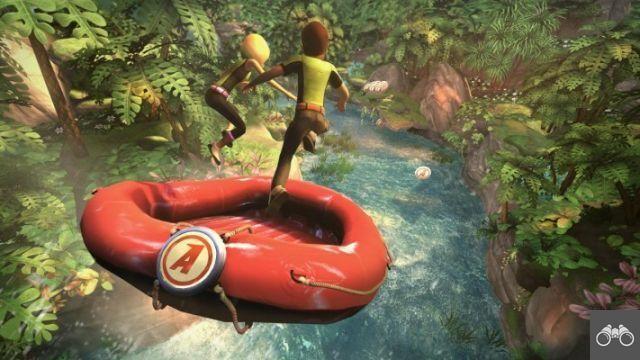 I'm not very familiar with this type of game, but I know some that can generate a lot of fun with the kids! So these are the suggestions from Nivea Targaryen @niveabarbosa:

Here you bury yourself in the trenches with explosive co-op and multiplayer action. Blow up zombies and plants in a mine world that mixes traditional shooters with the humorous theme of Plants vs. Zombies. Fun and laughs guaranteed!

Remembering that it is free for EA Access subscribers. 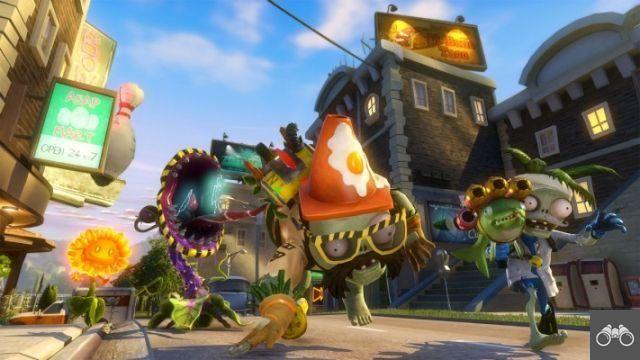 The franchise with the collectible dolls is a great success all over the world. We can mention the games: SWAP Force and Trap Team (Xbox One) and in addition to these two we have Spyro's Adventure and Giants that came out for Xbox 360. It is a third-person action game that mixes toys and video games. The game is totally aimed at children from 6 years old and their parents who want to spend more time with their children. The game has a moderate difficulty level and simple challenges. 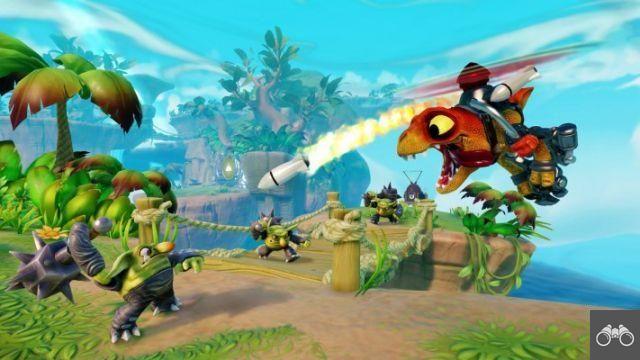 Use all your skill to cut the fruits that are being thrown in the air, but be careful and be very careful not to end up exploding the bomb that will be mixed up among the thrown fruits. Fun guaranteed for the whole family to have fun with Kinect. 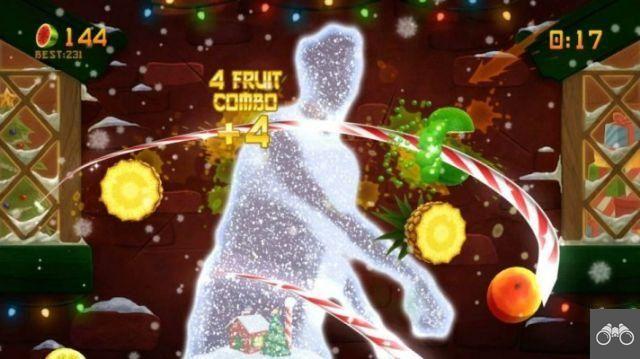 Fast-paced action-adventure multiplayer game set in worlds inspired by Disney Pixar movies. Each world allows players to experience objectives and missions typical of the stories told. The game offers frantic gameplay, multiplayer with up to three friends, and humor that will delight players of all ages. 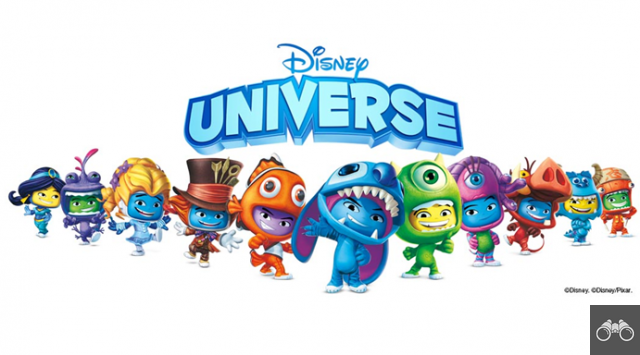 The game brings a multitude of styles of sports to enjoy with the whole family, we can mention Football, Volleyball, Athletics, Bowling, Table Tennis and Boxing. The disputes are a lot of fun and still yield a good calorie loss! 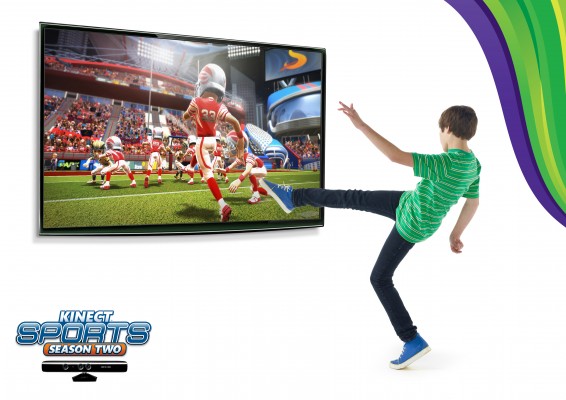 Now gather the family and have fun!!!

add a comment of Games to have fun with kids