Deep fake: know what it is and if you are being deceived 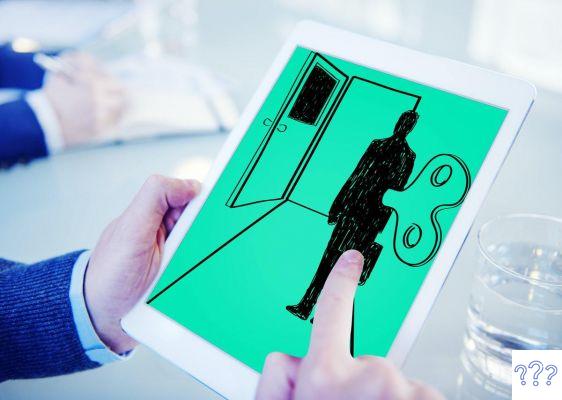 Deep fake: know what it is and if you are being deceived

O deep fake is a feature derived from artificial intelligence that allows the creation of fake videos. Contrary to what you might think, these videos seem to be very realistic, leading some people to really believe their content.

That is, the deep fake is not a mere video editing. With it, it is possible to recreate people in a footage, doing things they didn't do or say, for example.

Of course, some content is merely fun. Like a video in which US President Donald Trump performs a musical alongside his then-competitor Hillary.

It turns out that, most of the time, this resource is used in a criminal way. This happens, mainly, with public people.

The technique has been used from political contexts to pornographic videos.

Therefore, it is very important that you know this technique and know how to differentiate artificial productions from real facts. After all, it's very boring to spread fake news around, isn't it?

Furthermore, this can harm your image and that of your business if you share this type of material. The tip is always to check the source and veracity of the content you want to reproduce.

Deep Fake: where did it come from?

Soon, the term became popular on the internet and started to name productions that use this type of technology.

Deep Fake: how they are created

To create deepfakes, the user needs to use open source software, such as Tensorflow, created by Google. These systems are geared towards machine learning, that is, machine learning.

To create the fake video, the programmer feeds the program several images and videos of a person he wants to “clone” the face. Soon, the computer starts processing these images until it learns everything about that face.

Ready! The machine already knows how that face moves, how it reacts to light, how its mouth opens and all that. Once the computer has learned it, an artificial face is created and you just transport it to the video you want to edit.

This seems like a complex process and there is a lot of knowledge, but it is not. When deepfakes appeared, it was really necessary to understand programming to feed the software and make edits.

Today, any user can create their deep fake with the help of an app. There are already several apps available on the market, such as the Reface App, which popularized the production and distribution of deep fakes on social networks.

Artificial intelligence is increasingly developed and creating functions that we would not have imagined would exist 5 years ago. Deep fake is one of those creations.

As with fake news, videos manipulated by artificial technology have convinced many people. Not everyone has access to information and knows what goes on in the world of technology, being easily deceived by this type of content.


To further potentiate the negative effect, social networks like WhatsApp and Mark Zuckerberg's Facebook are massive sources of deepfake distribution, where many users are unable to discern what is real video from edited video.

Our tip for recognizing a deep fake is to pay attention to eye movements. Usually, programs cannot reproduce the winks and stares with satisfaction.

Furthermore, it is good to be suspicious whenever a video involves a controversial subject with a famous person. Here, it is worth thinking: if this person had really done such a thing, wouldn't he be already being reported in the newspapers?

Deep Fake: using it for good

Not everything is lost! Most technological inventions were created to be useful. The problem is when they fall into the hands of malicious people.


Returning to our topic, learning technology is already used by all of us. Apple and Samsung already use the technology to create emojis, where users can adapt their stickers according to their avatar.

Instagram and Snapchat filters use the feature to amuse their users. This is the case with the options to change your face with a friend or even see how you would look in the opposite sex version.

The technological market predicts the improvement of deep learning. In the near future, it is possible that this feature will help filmmaking with special effects, for example.

Deep Fake: how to protect yourself?

In general, we are all susceptible to ending up trapped in a deep fake. However, there are some precautions you can take to protect yourself.

The main thing is: avoid sharing your videos with strangers, or openly posting them on your social networks. Without an extensive database it is more difficult to recreate your face perfectly.

What's more, you can be part of the other side of the fight. If when receiving a video, you can identify it as a deep fake, do not share!

This is the best way to fight fake content on the internet.

Now, to finish our content, tell me if you already knew the term deep fake? If so, give us a "thumbs up" in the comments.

Audio Video Deep fake: know what it is and if you are being deceived
Draw on Computer – 8 Best Programs ❯

add a comment of Deep fake: know what it is and if you are being deceived