Check out 200+ RPG names to use on your characters 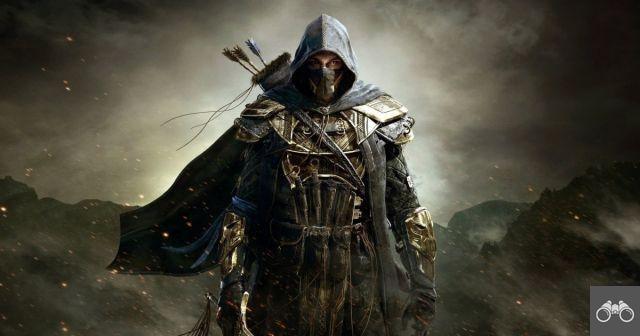 Before the existence of video games and computers capable of running complex, open-world games with countless possibilities for combinations of items and skills, the RPG genre already existed in board games.

The acronym stands for Role-Playing Game, or Role-Playing Game translating to Portuguese, and in it, a group of friends builds a story in a fantasy world, which can be based on a set of pre-established rules with characters and ready-made scenarios or created from scratch by the group of players.

RPG names to use on your characters

Whether in a tabletop RPG or an MMORPG with players from different parts of the world, your character's name is important to imprint your identity and reflect your origins.

So, to help you choose the ideal name that matches your character's story and style, we've prepared this list with hundreds of ideas.

Learn more about the history and biggest names of RPG

Also known today as tabletop RPGs, this type of game emerged in the 70s in the United States, and its main representative was Dungeons & Dragons (D&D), a medieval fantasy RPG heavily influenced by the works of JRR Tolkien, the Hobbit and Lord of the Rings, and which remains very popular to this day.

In it, as in other games of this style, there is a narrator or master who will tell the story in which the characters are inserted, giving the paths for the players to choose the destiny of their characters throughout the narrative. As in games, tabletop RPGs also have different classes of characters, each with a story and special and unique abilities, which will be useful in the journey they will go through during the game and that interact with each other.

The games were accompanied by a rulebook, which also contained details of characters, classes, scenarios and enemies to help the gamemaster create a campaign, that is, the journey that the characters will take throughout the game. Each player has their own character sheet, with specific attributes and abilities according to their chosen class, and their fate depends on their choices throughout the campaign.

Despite being known for their medieval theme, there are different types of tabletop RPGs, as well as in games, with post-apocalyptic, interplanetary, wild west scenarios, and many others.

The genre has gained a lot of popularity over the years, with several adaptations of role-playing games for other media, such as the famous Dragon Cave cartoon, which was originally called Dungeons & Dragons and was based on the tabletop RPG of the same name.

In our country, the genre arrived in the 80's, but gained popularity only in the 90's, with the creation of our country's first RPG called Tagmar, also of medieval fantasy, and with the complete translation of an RPG called GURPS, that allowed different scenarios and environments. At the same time, one of the main RPGs of our country was created, called Vampire: The Mask, which was set in an atmosphere of terror and focused on the characters' personal stories and dramas. A few years later, in the 2000s, Tormenta was released, which was set in the medieval era and was very important for the popularization of the genre in the country.

The transposition of the genre to the world of virtual games, initially, took place through entirely text-based games, with an almost literal adaptation of the campaigns and concepts of tabletop RPGs to computer screens, called MUD (Multi User Dungeons). .

The main innovation brought by this style of game was the possibility of playing the campaign with people from different parts of the world, however, the computers that allowed the games were not accessible to most people, so the games had few players, the most of them being university students using the equipment of the educational institutions in which they participated.

With the advancement of technology and the popularization of computers and video games, role-playing games became more complex, with new graphics and multiplayer resources that allowed the expansion of the genre that is currently one of the most popular in the gaming world.

The game series produced by Blizzard, initially released for PC in 1996, is an action RPG set in a medieval era that is experiencing a conflict between demons and angels.

The player's view is isometric, that is, the camera is on top, showing the character and his surroundings in point and click style, and the game franchise is a reference in the genre, with an engaging story, enemies and varied dungeons and different classes for the player to choose and customize his character, in addition to several item options and a very complete skill tree.

Set in a post-apocalyptic open-world universe, Fallout is a series of role-playing games distributed initially by Interplay and later by Bethesda, which had its first title released in 1997.

The series was launched, at first, for PC, and later for consoles, and the game is in the FPS (First Person Shooter) style, in which the player takes on the character with a first-person view and explores a universe devastated by a nuclear war.

Some franchise titles are available on Xbox Game Pass.

Winner of numerous awards, including Game of the Year at The Game Awards, The Elder Scrolls V: Skyrim is an RPG set in the province of Skyrim, a fictional medieval land. Developed by Bethesda, the game is the fifth in the franchise, and was released in 2022, but has remasters for numerous consoles, even the most current, the Playstation 5 and Xbox Series S / X.

The game has an open and very interactive world, which allows the player to explore most of the maps and environments, with a first or third person view. The player can choose different classes for his character, and has many options for customizing the physical appearance and feature.

The game, despite being paid, is often on the list of promotions on virtual stores such as Steam, Playstation Store and the Microsoft Store, in addition to being present on Xbox Game Pass.

With an engaging campaign that adapts according to your choices and your character class, Dragon Age is a role-playing game franchise created by the BioWare studio and published by EA (Electronic Arts) that takes place in a fantasy universe, in a region called Thedas.

Within the game, it is possible to recruit some characters for your team, and develop friendship and even love relationships through conversations and specific side missions. The player can take control of one of the members recruited by the party and can also choose which members to take on each mission.

Dragon Age: Origins was the first in the franchise, and despite being older, it is still a great RPG option with a well-made story that adapts to the player's choices. Dragon Age: Inquisition is the latest release in the franchise, and it brings updated graphics, new characters and new game mechanics, in addition to allowing the customization of the characters' hiding place in a very complete way.

Like Dragon Age, Mass Effect is an RPG that has a story that adapts to the player's choices, and also allows the recruitment of characters for your group, who can develop friendship or love relationships with the main character.

The franchise is set in space and follows a science fiction aesthetic, and the main campaign in the first three games in the franchise follows Commander Shepard on his quest to defeat the Reapers and save the Milky Way.

Produced by the same company as Dragon Age, BioWare, and distributed by Xbox Game Studio, the Mass Effect franchise launched its last game in 2022, titled Mass Effect Andromeda, with a new campaign accompanying another character, but with similar mechanics and operation.

The entire franchise is available on Xbox Game Pass.

Final Fantasy is a role-playing game series that mixes fantasy and science fiction and was developed by Square Enix. Its first title was released in 1987, and gained a lot of popularity, yielding numerous sequels, and had its last release in April 2022.

Each title in the series has independent campaigns, with different stories and characters, however some game elements and mechanics are similar and define the franchise.

The franchise games brought several innovations to the RPG genre, which were reproduced by other titles and helped to popularize console RPGs in the world.

Considered the most popular MMORPG (Massive Multiplayer Online Role Playing Game) in the world, World of Warcraft was developed and distributed by Blizzard and released in 2004 for PC. With millions of active players to date, the game still has several updates and expansions to add new elements, characters, classes and missions to the game and extend its lifespan.

The game has 12 standard races, which are divided between the Alliance and the Horde, rival entities in the game's universe, in addition to allied races, available for more experienced players. The world is set in a medieval era with elements of fantasy, and has even been adapted for film, in the movie Warcraft: The First Meeting of Two Worlds, released by Legendary Pictures and Universal Pictures in 2022.

Name generators to use on your character in RPGs

In case you are still undecided, there are also sites with tools that can be used to generate a name for your character, according to different factors, such as race, name size, elements on which the game's universe is based, among others.

One of them is the Fancy Name Generator, which can be accessed by clicking on this link.

Another option is the Medieval Fantasy Name Generator, in which it is possible to choose the race of the character that the player wants to generate the name, with more than 10 different options, also offering a basic description of each race, in addition to choosing their gender.

The site, in addition to suggesting the name, also suggests a nickname, that is, a nickname or accompaniment to the name that makes sense with the characteristics chosen for the character.

Check out the top 7 movie apps for Android and iOS ❯