BBB wall: How to vote for Big Brother our country 2022?

Author and references
BBB wall: How to vote for Big Brother our country 2022?

Big Brother Our Country (BBB) ​​is one of the main reality shows on Brazilian TV with a voting system that makes viewers participate in the program indirectly.

Next to your return and publicity, you know how vote for Big Brother our country 2022? In this post, we'll explain everything you need to know about voting on program participants.

Check out how to vote for Big Brother our country 2022 and some more details about the program.

Before we explain how to vote for Big Brother our country 2022, you need to know how the reality show voting works. Since the 2022 edition, votes have started to be counted by regions.

Votes that are cast over the internet are counted and grouped by the North, Northeast, South, Southeast and Midwest regions.

When a candidate receives the most single votes from a region, this is equivalent to 1 point in the competition vote. Votes by phone and SMS are added up and whoever gets the majority receives 1 more point.

In total, the reality show offers 6 points, being: 1 by SMS and telephone and 5 by regions of the country, in which the candidate with the most votes is eliminated.

According to information from Central Globo de Comunicação (CGCom), also since 2022, the tiebreaker is resolved with the total number of votes. That is, in the event of a tie, the candidate with the most votes in total is eliminated.

Learn More: The Voice +: All about Globo's musical dispute

How to vote for Big Brother our country 2022?

To vote for Big brother our country 2022, you have three different ways and we will explain how to follow the vote in each one:

Since 2022, online voting has undergone a small change. If before anyone could vote without any kind of bureaucracy, now those interested in voting need to make a small registration.

But the process is very simple and you can finish it in just a few minutes.

It is worth mentioning that this mandatory registration is only for those who will vote for Big Brother our country 2022. Anyone who wants to watch the program or participate in polls doesn't have to worry about it.

Look for the option to register for voting at BBB 2022, but be aware that it will be available when the program is already on the air. You will need to provide your full name, date of birth and email. After that, you will generate an email and a password of eight to 15 characters, and they will be used whenever you vote as many times as you want on the reality show.

Voting can be done as many times as you like.

Another way to register and save time is by linking with your Facebook or Gmail. After you have completed the registration, just go to the candidate you want to vote for.

If it's the final of the program, you vote for whoever wins. The voting process is completely free.

Call voting is even simpler than online voting and works in a very easy to understand way.

As soon as the new wall is defined, each of the participants will receive a number. All you need to do is call the number that corresponds to the participant and wait until the call ends.

In addition, there is a fixed call fee for those who choose to vote for this option and the amount will appear on your phone bill.

The option to vote for Big Brother our country 2022 via SMS by cell phone or smartphone is also valid.

In the same way as voting by phone, each participant on the wall will receive a number for you to vote via message. Just send the SMS to the number of the participant you want to leave the most famous house in our country.

You will also pay a flat fee when choosing this form of voting.

Learn More: Star Plus Disney: learn all about new streaming

The wall of the most watched house in our country is a survey carried out across the country so that people can vote on which participants they want to leave the BBB.

So their poll answers the question “Who do you want to leave the show?”

But you have to be careful, since in the final of the program, this question changes and people must vote for who they want to win Big Brother our country.

Normally, the wall is made between two participants, but in some moments we will have the triple wall.

In this type of wall, the walled ones are chosen by:

You can check the percentages of participants, walled and partial results through the UOL website.

Based on this information, it is possible to have an idea of ​​who will be eliminated, even without the official result having been released.

Also known as paredão do bem, polls for good are made by entertainment sites that want to know who is most likely to win a particular edition of the BBB.

Thus, through these unofficial means and with the public's opinion, internet users have an idea of ​​how the program will be directed, but the official result is the one released by Rede Globo during the exhibition of Big Brother our country.

Unlike the Paredão do Bem, the extra polls are launched by Globo itself. But they are directed at general house activities and some situations that occur and not about any specific candidate.

Learn More: HBO Max What's Up? Is it worth signing up? 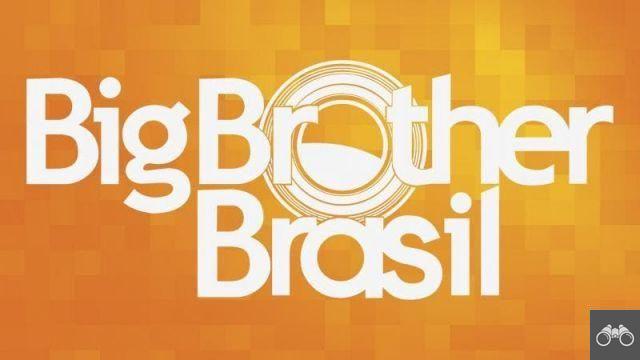 Now that you know how to vote for Big Brother our country 2022, just stay tuned to watch and follow everything from day one.

Issue 22 will begin airing on January 17th, with an end date scheduled for April 22nd, with a forecast of 95 episodes.

As of this writing, we still don't know who the 20 participants are, which will be revealed on January 13, 2022 on the official GShow website and on social media.

Remembering that at BBB22, Tiago Leifert will no longer be the presenter and Tadeu Schmidt will be in charge of the program.

PayPal Is Close to Buying Pinterest: One of the Internet's Biggest Acquisitions ❯

add a comment of BBB wall: How to vote for Big Brother our country 2022?