You can listen to music on Android and iPhone without having to download anything. Or rather, just apps that offer thousands of tracks, from different musical styles, in the palm of your hand.

Most apps have a free version, with the option of paid subscriptions without advertising or limitations. has gathered the best apps to listen to music on your phone whenever you want. 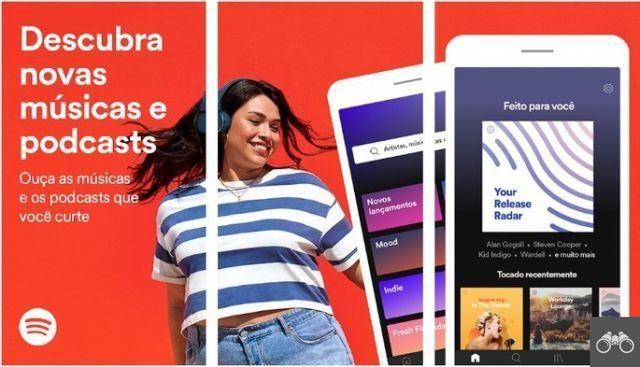 Spotify is the most popular music streaming service in the world. In addition to the millions of songs available, the platform hosts podcasts and radios in a variety of styles.

The user can assemble their own playlists or create a collaborative selection. Based on what you've been listening to, daily song suggestions are sent.

Available on multiple platforms, it offers a free version (with advertising and song skipping limitations). The paid plan option allows you to download tracks for offline listening. 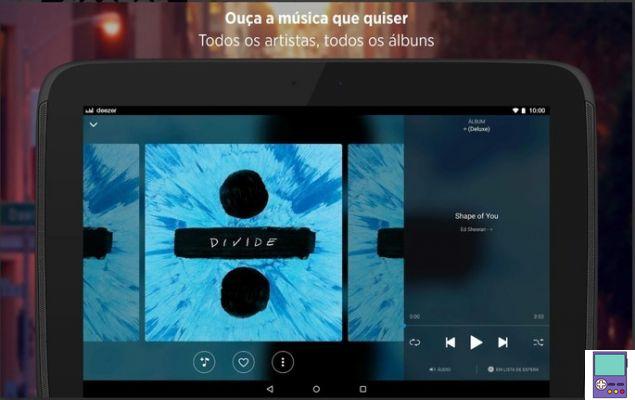 Deezer was one of the first streaming platforms of its kind, having appeared even before Spotify. The service has more than 56 million songs available and 4 million audio programs, such as podcasts and interviews.

The tool allows you to follow playlists or create your own, in addition to suggesting selections according to what you've been listening to. One of the differentials is the display of the lyrics of the songs in a native way, never to sing wrong again.

Deezer has a free version with access to the entire collection. However, only the paid plan gives you the option to download tracks for offline listening, change songs unlimitedly, and stay ad-free. 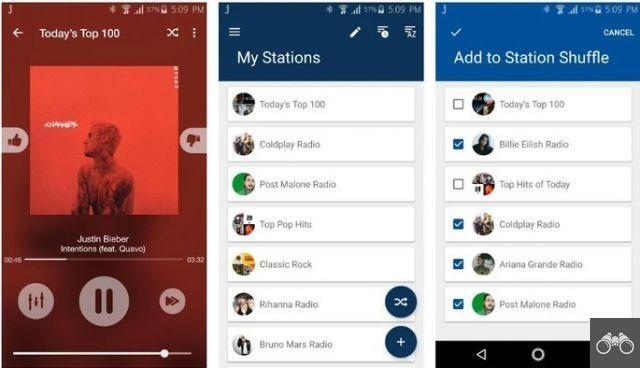 Jango is a completely free music streaming service, without intrusive advertising, that offers hundreds of ready-made playlists. The lists are separated by genres or themes, such as Christmas, old school rock, or 80s hits.

If you think that, because it is free, you will only find songs by unknown artists, you are wrong. The platform features current hits by famous artists, as well as well-known classics. 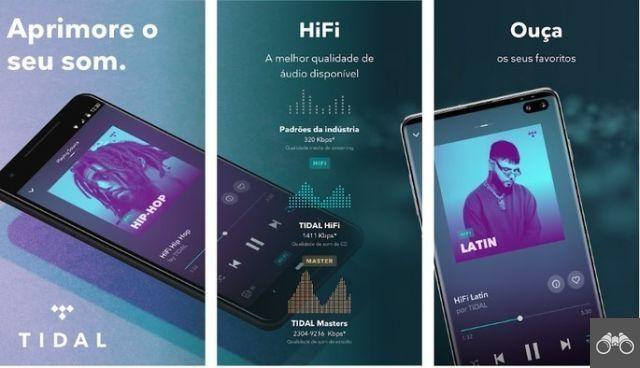 Tidal is the option for those who like to listen to music with the best possible quality. The platform offers a Tidal HiFi plan, which makes your favorite sounds available in high fidelity, without loss.

The creators guarantee a collection of over 50 million tracks and 250 videos. Among the available resources are the transmission of lives with exclusive shows and events, as well as playlists created by the artists themselves.

Speaking of lists, you can also create your own and check out suggestions based on your history. You can even download songs to listen offline and see clips of singers like Beyoncé and Jay Z before everyone else. 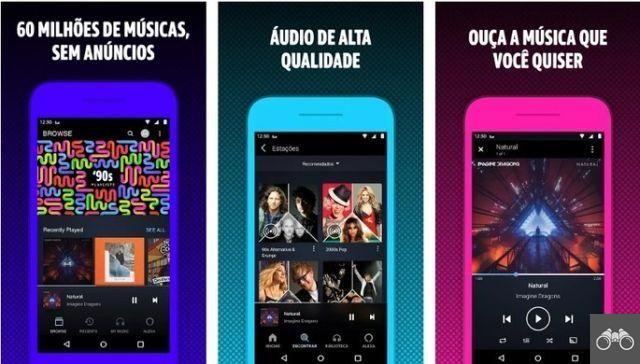 Amazon Music Unlimited is Amazon's music streaming that brings together over 50 million songs, plus hundreds of playlists and stations.

Like its competitors, it offers recommendations based on what it listens to, as well as themed lists to listen to according to the mood of the day.

The service also allows you to change tracks as much as you want and download songs to listen to later even without internet access. Amazon Prime subscribers have access to 2 million songs from the collection and all other features. 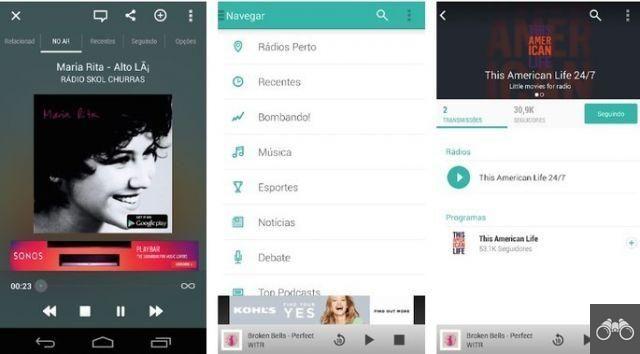 TuneIn offers a different proposal from the apps presented so far. The service brings together more than 100 radio stations, with stations not only for music, but also for news and sports.

It is possible to check the programming of radio stations from all over the world. And, of course, there are national stations, such as 89FM A Rádio Rock, Jovem Pan FM, Antena 1 and much more.

TuneIn has a free version with ads. The paid plan removes advertising, offers live streaming of sports, such as our country, our country's Cup, Libertadores and state, as well as international competitions such as the NFL and NBA. 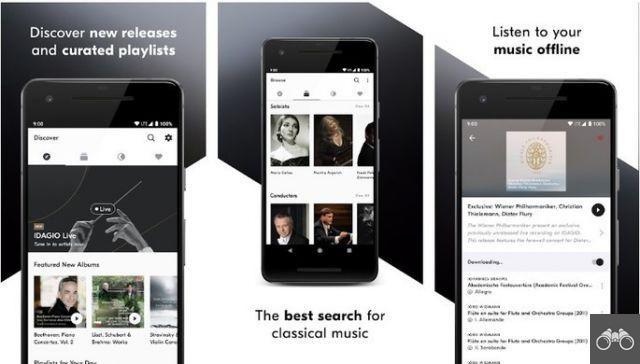 Idagio is the streaming service developed to serve the classical music segment. More than 2 million tracks are available, which can be searched by composer, orchestra, soloist, among other options.

The platform also allows the creation of playlists and offers lists with nominations from renowned artists, musicians and critics.

It is also possible to listen to songs according to the user's mood and follow news through a personalized weekly music mix.

Idagio has a free version. But the paid option is available for those who want to listen to the compositions with better audio quality, without advertising and with the possibility of downloading them for offline listening. 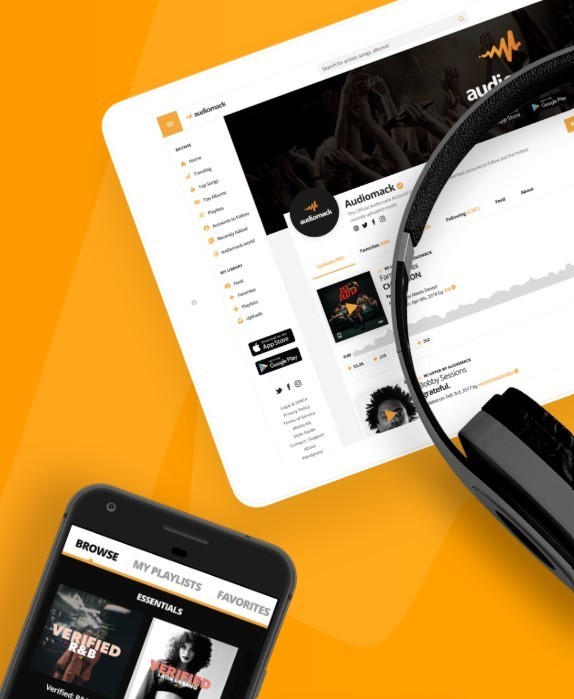 Want to stay on top of the main news from genres like Hip-Hop, Rap, R&B, EDM, Afropop and Reggae? Then you need to know Audiomack.

In addition to showing what's hot, it offers all the features for free, including downloading music for offline listening. You only pay if you want to stop listening to ads between tracks.

You can create playlists or access ready-made ones, as well as listen to songs according to your mood. 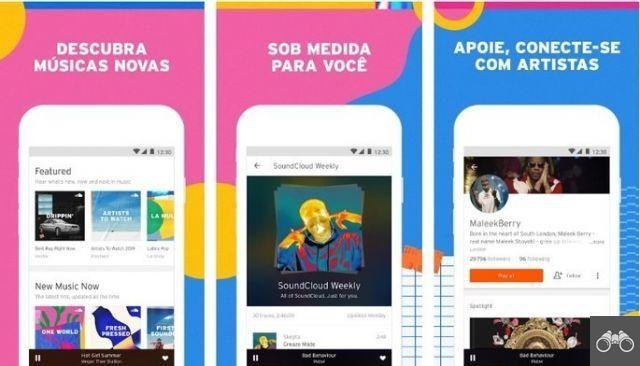 SoundCloud calls itself the largest audio and music streaming platform in the world. The service provides more than 200 million tracks from around 20 million artists.

That is, if you are interested in news, independent artists and exclusive content, the app can be a good choice. You can create your own playlists or opt for one of those ready-made ones.

The app also offers music suggestions according to what the user has been listening to. All songs can be listened to for free. But to remove the ads and get unlimited access to offline tracks, you need to subscribe to one of the paid plans.