There are a number of programs that allow you to record your PC screen for free and in just a few clicks. These screen recorders can record audio, highlight your mouse cursor, and even simultaneously display your webcam.

These are good options for capturing online classes, video conferences or creating your own tutorial to post on social media. The following list brings together software for Windows and macOS.

Attention: before recording a video conversation, it is necessary to ask the permission of the people involved. In the case of classes hosted on video platforms, check if their reproduction is allowed by copyright. 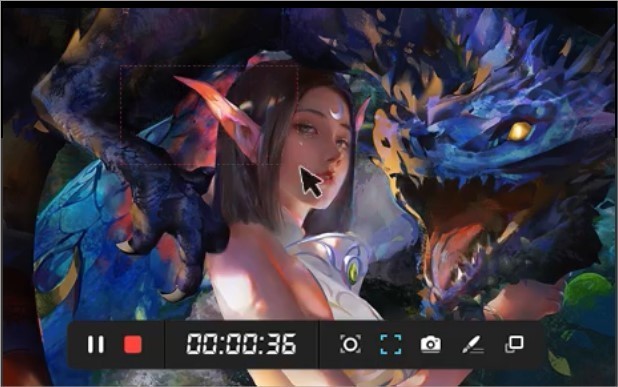 Apowersoft Screen Recorder allows you to capture audio from both PC and microphone and simultaneously display the webcam image. The program offers the option of recording only an area of ​​the window or the entire screen.

The user can make simple notes and edits in real-time or leave the adjustments to be made later. You can save the video in MP4, WMV, AVI, ASF, FLV, MPEG, VOB and GIF, on your own computer or in the cloud, without watermark.

The free desktop version imposes a recording time limit of just two minutes. For more than that, it is necessary to join the paid plan or opt for the online edition of the program, which has the same features. 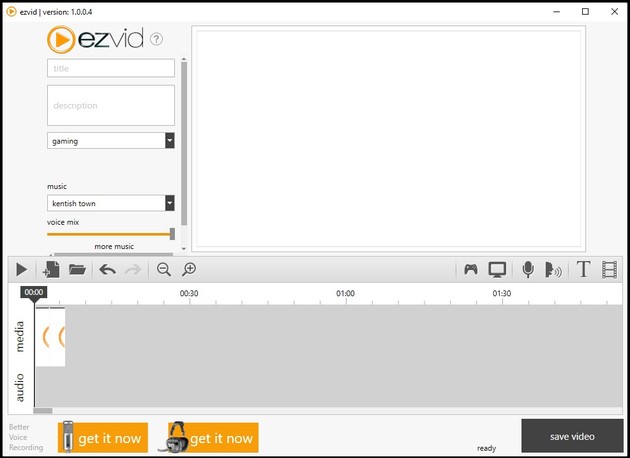 The Ezvid recorder offers features such as audio recording, real-time annotations, and capturing all or only part of the screen. The app also has the option to activate the webcam.


In addition to automatically saving the results in HD, it guarantees sharing directly on your YouTube channel. The program is accompanied by a simple editor, which allows you to make cuts and transitions in the recordings.

There are also options to include music, record your own narration, adjust playback speed, and more. Content can be saved in PNG, JPG, BMP, GIF, MOV and WMV formats. 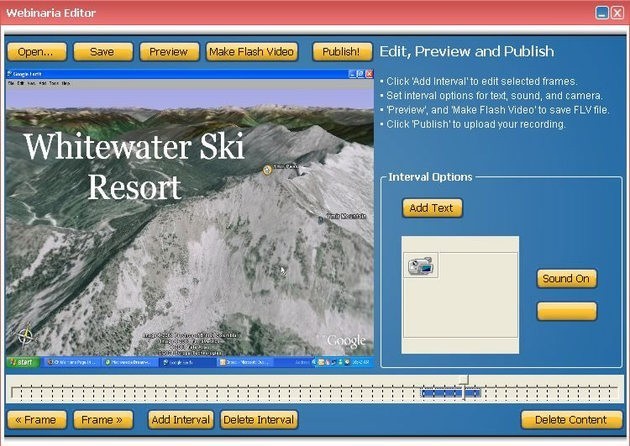 Webinaria enters this list because it is a lightweight app, compatible with older versions of Windows. And yet, it still offers all the basic features needed for screen capture. Despite the old look, it allows recording the entire screen, just a window or just a part of the image.

It is also possible to select the speed of 5, 10 or 15 frames per second. The editor that comes with the program may not be the best, but it has options such as inserting audio and overlaying the image from the webcam.

To make it easier, it has shortcuts to start, pause and end the recording, as well as hiding its tools while the capture is done. Videos are saved in AVI format. 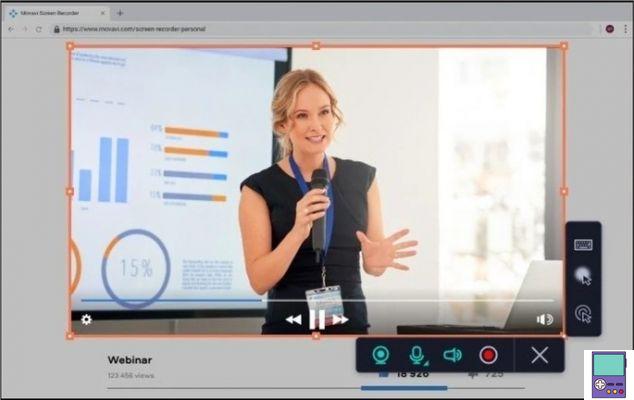 Movavi stands out for being easy to use and allows you to record the audio along with the screenshot or separately. The user can choose to activate the webcam, as well as add mouse cursor and click effects. Another differential is the possibility to schedule recordings for the time you need.

Videos can be saved in HD in AVI, MP4, MOV and MKV formats. The free version inserts watermark and does not allow the inclusion of hashtags description and description if you post the video directly to YouTube. 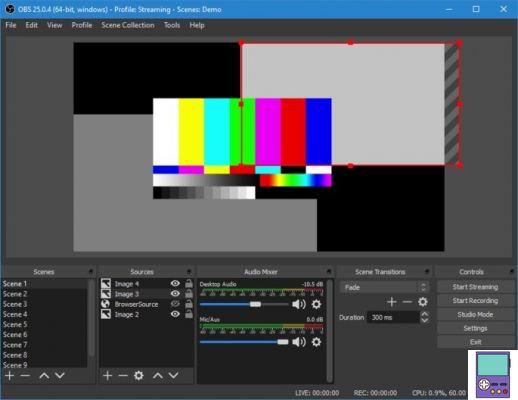 OBS: Open Broadcaster Software is famous for its compatibility with streaming services such as Twitch, Facebook Gaming, YouTube, among others. The program allows capturing screen and webcam at the same time, as well as audio.

The user can resort to image enhancements and transition effects, filters, color correction and green background (chromakey). You can also make simple sound edits, which include suppressing unwanted noise.

Both streams and captures are made in high resolution and it is possible to record the entire screen or only part of it. Developers recommend saving the video in FLV or MKV formats, which are considered more stable and less error-prone. 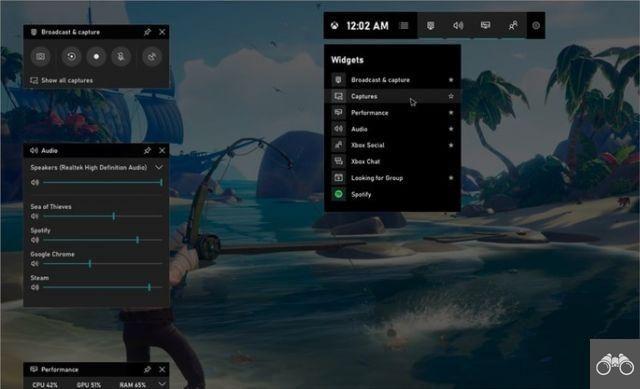 The Game Bar is a tool that is native to Windows 10 and 11. This means that it is available on the computers of users using these versions of the system. The feature offers widgets and shortcuts for screenshots and screen sharing, without getting in the way while playing.

The game bar can be accessed through the shortcut of Windows keys + G. It is possible to record the screen with or without audio and choose whether or not to display the clicks. Videos are saved in MP4 format. 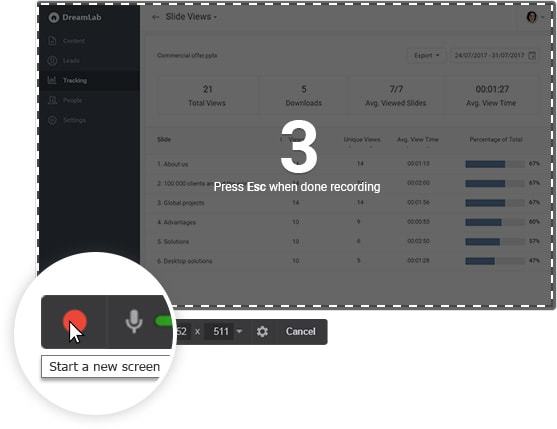 Free Cam is a simple program to use, but it brings together many useful features. The software allows you to record the entire screen or just part of it, as well as the microphone and computer audio.

To make it easier to see what is demonstrated, it offers mouse cursor highlighting and click sound. However, it does not have the option of recording the webcam image at the same time.

The result is saved in HD, in WMV format. But if you prefer, you can easily share it on YouTube. The application also has an integrated video editor, where you can delete unwanted parts and make audio improvements. 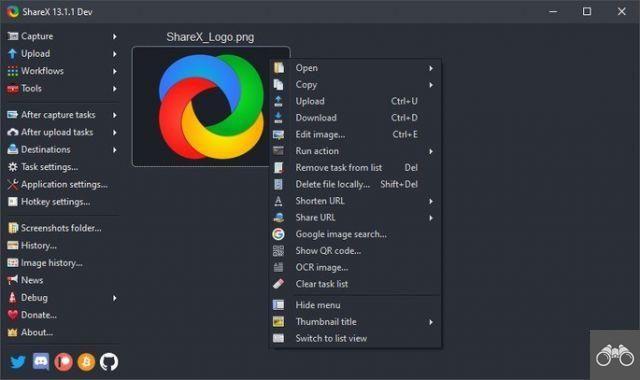 ShareX stands out for allowing you to insert your own watermark on videos for free. As far as screen recording is concerned, it offers capture of everything that is displayed or just a certain window.

The user can also choose whether or not to display the mouse cursor and use tools to draw on the screen in real time. It is also possible to include photos, videos and music, either from the computer or from a website.

The result can be saved on the machine as MP4 or GIF or easily shared with various online services. 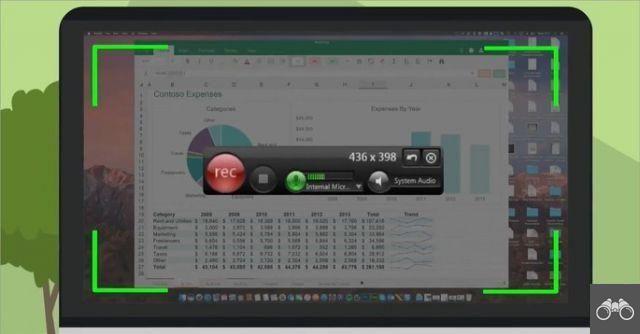 ScreenRec is a program that stands out for offering 2 GB of free cloud storage to save your video captures. The developers guarantee that the content is protected by encryption.

As far as recording is concerned, it offers real-time annotation capabilities as well as recording the audio and displaying the webcam image. It is also possible to capture the entire display or just part of it and include highlighting for the mouse cursor.

In addition, it allows you to share a secure video link and track statistics, with indicators of views and average audience time. 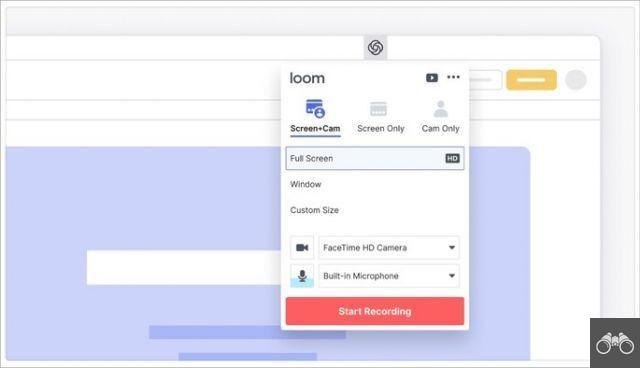 Loom is an extension for Chrome and is therefore compatible with all operating systems. But that doesn't mean it's not a complete tool. The application guarantees simultaneous capture of screen and camera image, screen only or webcam only.

Audio is optional and to turn it off, just turn off the switch next to the item. There is no time limit for videos, which are saved in HD. However, free plan users can store a maximum of 25 recordings on the service's cloud hosting platform.