Apps for chatting with foreigners allow you to practice languages, learn about cultures and make friends from all over the world. It's practically a free exchange experience without leaving home.

We've put together 10 apps to talk to native speakers in English, French, Spanish, Italian, among other languages. There are options to send text, audio or video messages. Just choose your favorite and start chatting. 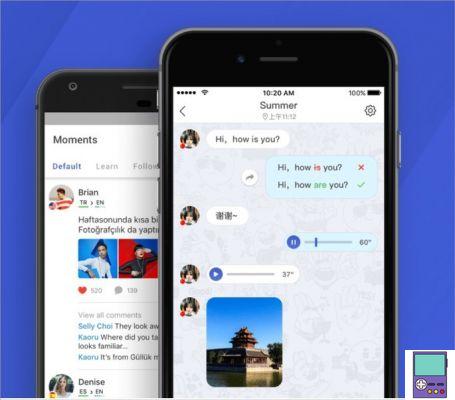 HelloTalk is a complete option for anyone who wants to learn and practice new languages. With a community with native speakers of more than 150 languages, it allows exchanging messages by text, audio, video and even drawings.

The chat has useful tools for learning, such as text correction and translation. The application also offers a social part, called Momentos, where you can share and check publications in the language you are studying.

There are also options for word memorization games, podcasts and reading content to expand vocabulary. 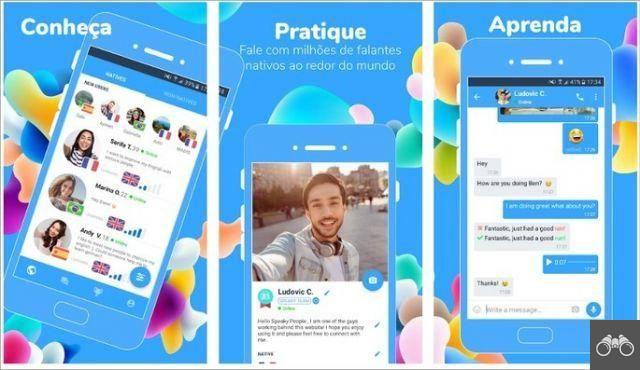 Speaky aims to help you find your ideal online exchange partner. In addition to chatting with native speakers of the language you want to study, you can filter potential new friends according to common interests. In all, there are 110 languages ​​available.

The message exchange tool has a built-in translator, as well as a feature for correcting the other person's text. That way, you can learn from mistakes as you talk. If they are already friends on the app, they can choose to make voice or video calls. 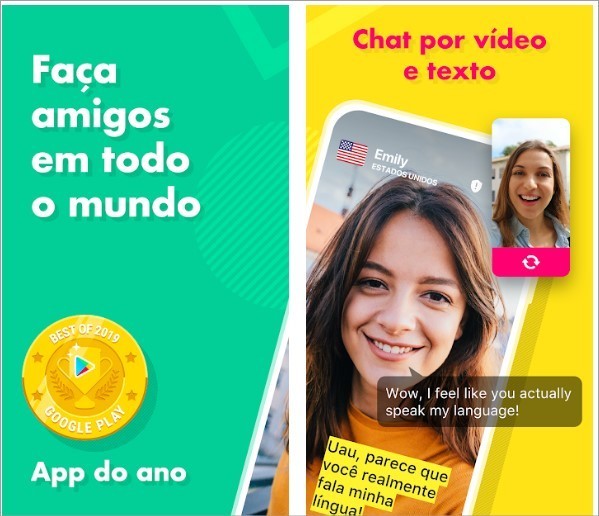 Ablo is a social app that provides new friendships with people from all over the world. After a brief registration, the application randomly puts you in contact with someone from some corner of the planet. If you want to choose a continent, you have to pay.

Don't worry if you don't speak the same language, the service has real-time simultaneous translation. If the goal is to practice the language, just deactivate the option. As the conversation evolves, video calling and file sharing features such as photos and GIFs are released. 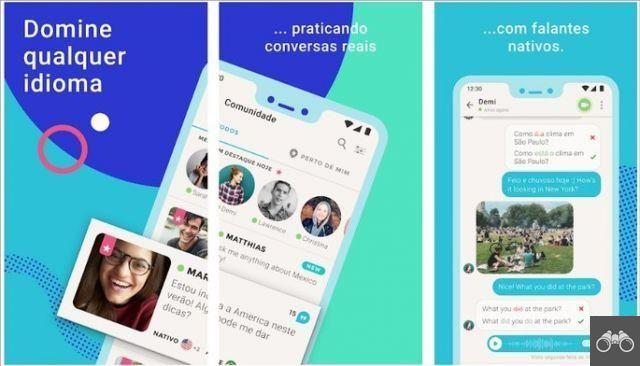 Tandem promises fluency in over 160 languages ​​just with the help of its user community. The app matches people who can help each other. Like, for example, our countryman who wants to learn English with an American who wants to improve his Portuguese.

The chat has an integrated translation and correction tool, option to send voice messages and file sharing. It is also possible to make video calls.

Unlike other apps of the genre, Tandem checks the veracity of subscribers, to ensure a healthy community and without fake profiles. It can take up to a week for your application to be approved. 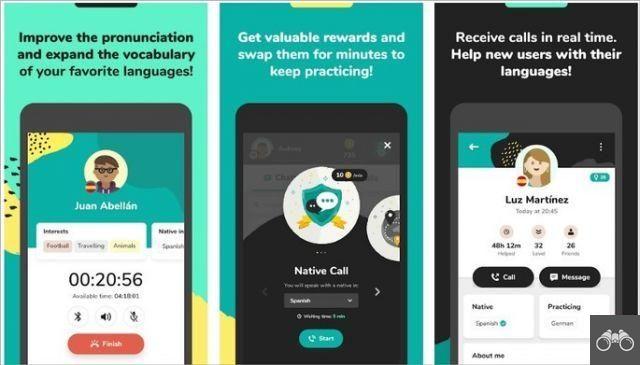 With Lingbe, you can talk to people all over the world via free voice calls. The idea is that users can practice English, Spanish, French or Italian by talking randomly with native speakers of those languages.

After the call, they can inform if they liked the chat, giving a like. If it's reciprocal, the two become friends and will be able to chat whenever they want, both by voice, text and video call.

It is also possible to participate in audio chats and interact with users in a kind of forum. By helping other people, lingos, in-app currency, are received, which give credits for making phone calls and in-app purchases. 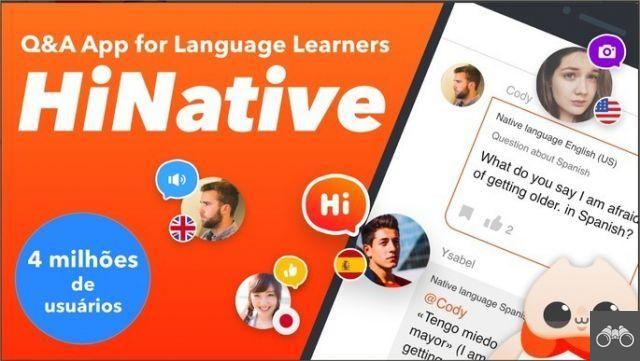 HiNative has a slightly different proposal from those that have appeared on our list so far. The application is a kind of forum, where you can ask and answer questions both about the language and about the culture and country of the participants.

You can ask about how to say something or what it means, ask for help with pronunciation, ask for tips on movies and books in the language, and whatever else you want. To help, you can record audio (only 10 seconds in the free version) and include photos. 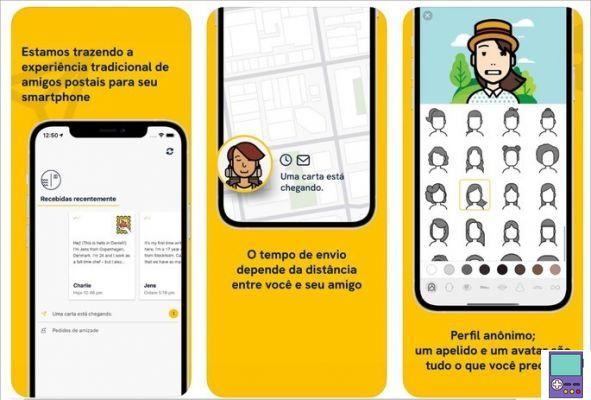 Slowly, in English, means slowly, and the name of the app has everything to do with what it proposes. The idea is for people around the world to get to know each other the old-fashioned way, by exchanging virtual postcards. Shipping time depends on the physical distance between sender and sender, and can take from hours to two days.

The app is dedicated to those who want to exchange meaningful and less ephemeral messages. You don't need to identify yourself, just create a username and avatar. If the friendship flows and, later, they want to know each other, it is up to the users to make that decision.

With Azzar, you can chat with people all over the world through completely random video calls. The user can delimit the region and genre of his/her preference. To overcome shyness or make chatting more fun, filters, stickers and augmented reality effects are available.

It is not necessary to know how to speak other languages, because the program translates text messages in real time. Did you like the conversation and want to get to know the person better? Just like the profile after the video call. If it's reciprocal, they can continue talking via text or video in the app's chat.

In addition, flirting is released in the feature called Lounge. If you like someone who also likes your profile, there will be a match and you can talk by private message. 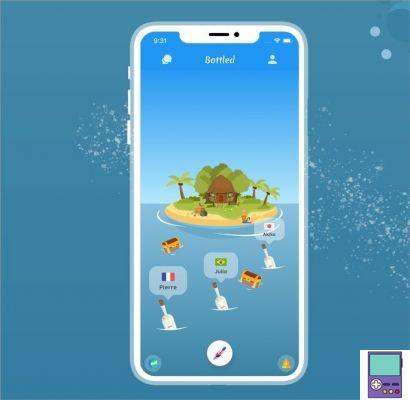 Another option for those who like old ways of communication. On Bottled, users write a message, put it in a bottle, and throw it overboard. The text will reach only one person, who if he likes what is written, he can save it and start a chat conversation.

If the bottle is not kept, it will "return to the sea", in search of someone who can identify with the contents. 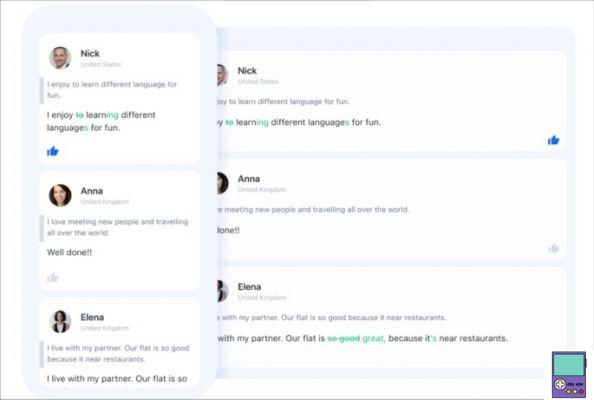 Despite being an app for learning new languages, Busuu allows contact with other users. After each lesson, it is possible to practice the contents by doing writing, listening and oral exercises.

This material is corrected by native speakers of the language you are learning. You can also correct texts and exercises for those who want to learn Portuguese.

If you want to strengthen relationships, you can add these people and thus receive and make more corrections. And, consequently, practice the desired language more.