TCL 10 Pro: All about one of the best Android smartphones of the year

Author and references
TCL 10 Pro: All about one of the best Android smartphones of the year

When it comes to smartphones, the TCL brand will hardly be among the most cited. Best known for making televisions, the company decided to put its stamp on the TCL 10 Pro and focus on what it does best: screens. Founded in 1981, Telephone Communication Limited is today one of the largest electronics companies in the world.

In the phone business, it usually stays behind the scenes, even though it's responsible for manufacturing devices like BlackBerry's. However, with the TCL 10 Pro the brand chose to put its name on the smartphone and that says a lot about the strengths of the TCL 10 Pro model.

Learn more: Xiaomi Mi 11T has arrived: check out the values, versions and features of the brand's new smartphone

TCL 10 Pro and its differentials

With a special offer on 11/11/2022 (learn more here), the TCL 10 Pro model is situated in the mid-range of Android smartphone values. Its main competitors with the dollar price range are the iPhone SE, Samsung Galaxy A51, Google Pixel 3a and Motorola Motog G Power. The suggested price in dollars is US$370, but further down you will see how to pay much less when buying your TCL 10 Pro. Continue reading.

Among the differentials of the TCL 10 Pro are:

Check out below the details of each of the main strengths of the model and everything you need to know to make your purchase.

As stated above, TCL is best known for making televisions. However, having screens as its specialty, launching a smartphone with a screen above the mid-range standard is one of the model's strongest points. Sites like PCMag claim that the screen alone costs around $200. The screen resolution is 2.340 x 1.080 px, with a pixel density of 398ppi.

Undoubtedly, the quality of the screen and the look, added to the design of the smartphone on the back, makes a good impression and quality. Also, you can unlock the device via fingerprint. 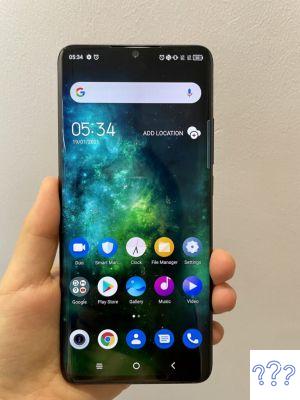 One of the points that ends up differentiating the TCL 10 Pro from its main competitors is the arrangement of the cameras on the back. We'll talk more about the cameras later, but in terms of looks, the new standard of cameras on the back, much talked about on the iPhone, created a new aesthetic standard copied by several brands.

Here on the TCL 10 Pro the organization of the cameras is different. They are arranged in a row. Which in our opinion, makes the back more balanced and beautiful. There is even a glass that gives the final finish to the cameras and ends up giving an even more special effect.

As for the color options, TCL held the wave and offers only two options. In the image above you can check the color called Ember Gray. Another option is Forest Mist Green. However, in the promotional images the colors appear more vivid, which is not reflected so well in the actual product photos. The question remains whether in practice these color tones of promotional banners are reflected in reality. 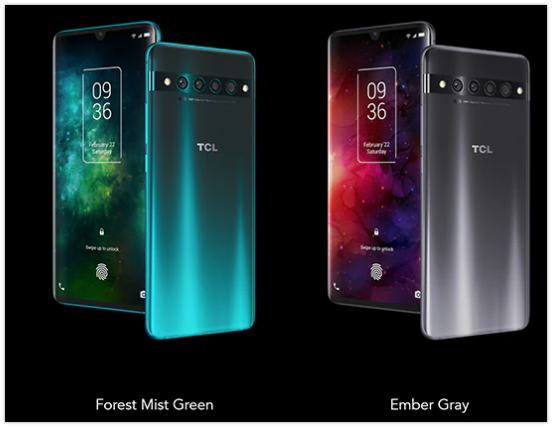 Now, another thing that draws attention is the fact that the model comes with a headphone jack in the P2 format. Yes, the new normal that took the headphone jack out of handsets looks like it got a second chance with the TCL 10 Pro. If the iMac is bringing the HDMI input back, maybe TCL has been inspired and put the headphone jack for those who want to listen to music and charge their cell phone at the same time or who don't want to invest in a bluetooth headset. The headphone jack is on the top of the device. 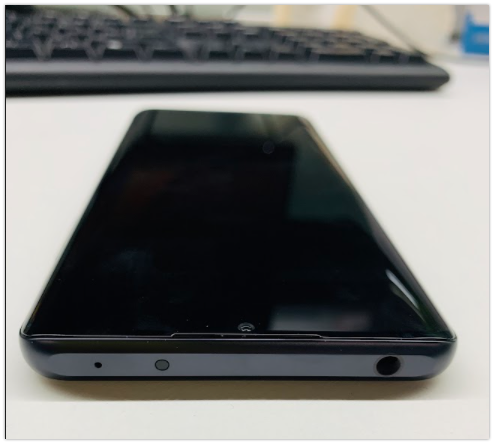 Learn more: What are the best wireless headphones?

Set of 4 cameras and processing for all situations

In addition to the screen and all its features, the TCL 10 Pro also leaves nothing to be desired on the back. Its camera suite offers four options to suit the user in various situations. The main one is a 64MP camera, another 16MP super-wide camera, a 5MP camera with macro sensor and, finally, a 2MP super-low-light camera completes the optical set. 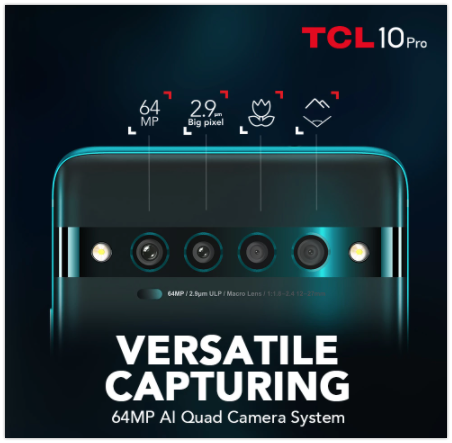 On the front, the 24MP front camera for selfies and calls promises great quality. The TCL 10 Pro is powered by a Snapdragon 675 chip with 6GB of RAM. In terms of storage, it has 128GB of space with the possibility of upgrading via a 113GB MicroSD card.

The TCL 10 Pro comes equipped with Android 10, adapted with the TCL interface. The modifications add some details to the native version of Android. In addition, the smartphone comes preloaded with some standard apps from Google and other apps from TCL itself. Facebook and Netflix may also come installed. However, just uninstall the apps you don't want to use.

According to PCMag, TCL promises that it will provide the update to Android 11 as soon as possible. To top it off, the TCL 10 Pro has a button on the side to activate Google Assistant.

In terms of battery, the TCL 10 Pro does not deviate much from the standard of smartphones in its line. Equipped with a 4500mAh battery, it charges via USB-C cable. According to the manufacturer, the battery can last all day. In some tests carried out by specialized websites, the load held around 11:30 am of HD video streaming via Wi-Fi.

The model supports fast charging and comes with a 9V charger in the box. You can also use your smartphone to charge other devices via the USB-C input. However, the model does not support wireless charging.

The answer of course depends on what you consider important in a smartphone. If an above-average screen and headphone jack are among your favorites, then the TCL 10 Pro can be considered the best Android in this price range.

If you liked the TCL smartphone and want to guarantee yours, stay tuned for the special promotion that Aliexpress has prepared.

The value of the model is, at the time of writing this post, of 214 dollars (around R$1.250) and you can guarantee yours here.

It's always worth keeping an eye out for Aliexpress promotions and seeing if there aren't even more coupons. Also, it is worth using cashback services and getting cash back on purchases. At the link below you can learn more about how sites that offer cash back on your purchases work.

Learn more: Earn cashback: what it is and 3 cash back programs

Check out the technical specifications of the TCL 10 Pro below

Telegram Link: How to create a direct link to your Telegram ❯

add a comment of TCL 10 Pro: All about one of the best Android smartphones of the year