Screen Recorder: 15 Tools to Capture Your Phone or PC Screen 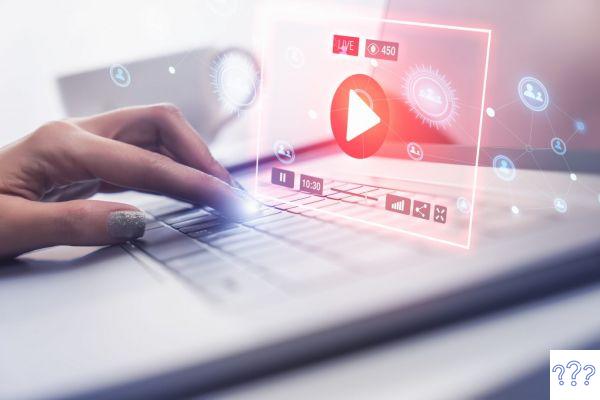 Screen Recorder: 15 Tools to Capture Your Phone or PC Screen

The growing demand for remote content has many people looking for a screen recorder for their creations. Knowing the right tools for this is critical, as it simplifies the entire creation process.

Recorders are software that allow you to capture the screen of your devices while performing the normal functions of your device. At the end of the capture, the recording is saved in video format for you to edit and share.

Learn more: How to lose the shame or fear of recording videos?

Some tools with a recorder function allow you to choose whether you want to capture the entire screen or just an area of ​​it. It is also possible to add other captures, such as the audio from your cell phone, microphone and webcam.

There are dozens of options to choose from, free and paid, with advantages and disadvantages. Therefore, it is necessary to evaluate which one gathers everything you need according to the content you seek to produce.

In this text, we list 15 tools that have a screen recorder function so that you can take screenshots on your cell phone and computer. Check out:

Recorders for or cell phone

You can find native screen recorders on phones with macOS and Windows operating system. They are not so complete, but they can be super useful if you have a simple task and don't want to download a more complete program.

On your macOS, you can take both screen snapshots, also called print screens, and video recordings. Features are limited to choosing between capturing the entire window or part of it.

To activate the recorder, simply enter the command Shift + Command (⌘) + 5. This option is available from the Catalina version onwards.

On your Windows operating system, you can also access the screen recorder with a simple command. In this case, just press Windows + Alt + G.

This option is available starting with Windows 10.

If you are looking for a more complete screen recorder for your videos, here are some options for you to download and test.

OBS Studio is a software that allows not only screen recording, but also screen transmission. Therefore, it is widely used for live classes and gameplay streams.

It was developed in open source and is completely free. It doesn't add watermark to recordings and can still be used for YouTube broadcasts, for example.

Camtasia is a very complete application for anyone looking for a screen recorder. It even allows you to edit your video and even has a library with several resources for you to use in your content.

This tool stands out for also allowing the recording of a narration for the video and the inclusion of subtitles.

Loom is a recorder that allows you to capture screen, audio and webcam. In addition, it also allows you to annotate and draw on the video. Its interface is simple and the process for sharing videos is very intuitive.

The differential of this tool is that it has an extension for Google Chrome, which allows recording directly through the browser.

ShareX is a recorder that comes with the proposal to assist in the creation of quick content. It doesn't add tags to the video and it doesn't even have a timer.

One of its main features is the possibility of transforming, in a simple and fast way, the captures into GIFs.

Tinytake is a recorder that we consider the simplest among non-natives. It allows you to record both your screen and the webcam, but it doesn't have many additional features.

Also, your recording is limited to videos of only 5 minutes. However, it is an option if you are looking for a simple and objective recording.

Flashback Express is yet another recorder option that has no time limit for recordings and doesn't add tags to videos. Its interface is simple and has exclusive tools for gamers.

For those looking for more features, this tool is also available in a premium version, the Flashback Recorder.

This is a lightweight and simple option, installed directly in the browser. It allows you to broadcast audio, video and webcam, as well as capture the entire screen or part of it.


A facilitator of the tool is the various keyboard shortcuts that facilitate recording and transmission of videos.

This tool, in addition to being a screen recorder, also has an editor for videos. This way, it allows you to capture and edit your creations faster, without having to use more than one software.

All Apple devices with system from iOS 11 have a native screen recorder. To access it, click Settings > Control Center > Customize Controls and then select Screen Recorder.

This is a tool provided by the same developer as the Inshot video editing application. It allows you to capture and make simple cuts in recordings. In addition, it has fast sharing with social networks.

The app does not have a time limit for recordings. It doesn't insert watermarks on the video, but its floating button appears in the captures.

This app is available for Android devices. It allows you to capture ambient sound and the device's screen in Full HD quality.

A differential is that this tool makes it possible to pause and resume recording in the same file, which makes editing easier, avoiding the need to join several files. Also, it captures your phone's screen and front camera at the same time.

This is another screen recorder option that captures audio and video in Full HD quality. It is one of the most popular recording applications, widely used for capturing gameplay.

AZ Screen Recorder does not add watermark to videos and also allows capture pauses. In addition, it has differentiated features such as time lapse video recording.

This is another application that captures screen and sound with Full HD quality. Its differential is in the possibility of editing videos within the app itself, being possible to add music to creations and even GIFs.

Another difference is that the app allows you to draw and insert annotations to the videos.

These are some tools that can help you produce your content. Whether recording a video lesson, a tutorial or even streaming games, they are valuable resources to help you create with quality and save time.

So, do you already know which tool is the most suitable for making your recordings?

Audio Video Screen Recorder: 15 Tools to Capture Your Phone or PC Screen
Is Grow Social worth it? Know everything here ❯

add a comment of Screen Recorder: 15 Tools to Capture Your Phone or PC Screen