Splitting American Horror Story's tenth season in two was the best move the show could have made. 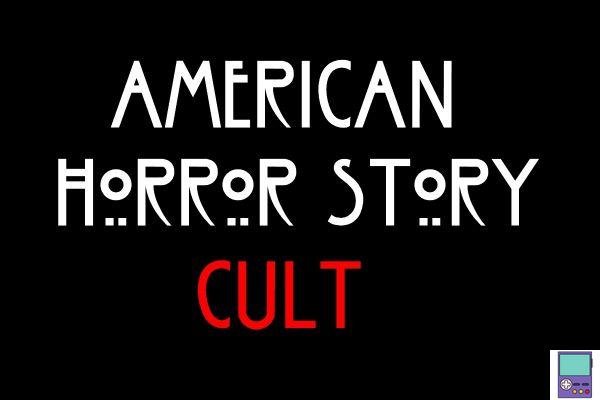 This year's issue of American Horror Story splits the season in half to tell two separate stories — hence the subtitle "Double Feature." Now in Season 10, splitting American Horror Story into two parts seemed a little bizarre, but as we get closer to the end of the first part, it's the smartest decision the show could have made.

Most seasons of American Horror Story hit a snag midway as characters get lost or new ideas/concepts are introduced towards the end of the game. In Season 6 – Roanoke – American Horror Story reversed the script by having the people who were dramatically reenacting the events in the TV show within a TV show, My Roanoke Nightmare, spend three days in the real Roanoke haunted house. . The final two episodes of the season revolved around fans of the TV show My Roanoke Nightmare and three other TV docs visiting the house. Yes, it's so bizarre and complicated. While the concept of American Horror Story season 6 was brilliant, it was evident that the story had lost a lot of steam.

There are road irregularities like this at most stations. The issue at hand isn't so much what people consider "filler episodes", however. There is typically one such episode per season, which delves behind the scenes of a main character to help give viewers a better understanding of what is going on in the world. These are more than welcome. Instead, the problem tends to be when American Horror Story flips the script in the last half of the season, adding something important to the plot, leaving a lot for the writers and production to juggle, which leads to characters being forgotten or ignored and lost ends to get loose. Remember when season two (“Asylum”) introduced aliens into the mix, even though it was completely unnecessary?

Double Feature Part 1, “Red Tide,” tells the story of a writer looking to clear his head and get inspiration for a screenplay he is writing. He finds a pill that opens up the creative side of your brain, but it comes at a cost: you're bloodthirsty. Without getting into spoiler territory, the seven episodes that make up the first chapter of “Double Feature” worked well. Viewers are treated to comprehensive, concise stories, and American Horror Story has wasted no time trying to package side stories to keep viewers invested throughout the season – something Cult and Apocalypse have fallen prey to in the past.

Although Red Tide has a relatively slow story, it fit the narrative and at no point felt uninspired or winding. And that's probably because the story fits into these seven episodes, and there's no wiggle room to do otherwise. If this story were for the 10 episodes of this season, it would have some problems. How do you extend a story that seems to be coming to a natural conclusion in Episode 7? You should not.


And therein lies the interesting opportunity for American Horror Story: Double Feature. The final three episodes of the season will tell a full second story. Considering what American Horror Stories (the series that just ended months ago) did with Murder House episodes, I'm personally very excited to see what the show can do with the season 10 finale. show is going to do with aliens again – since the season posters have an alien in them. We haven't seen aliens since "Asylum", so it's time for the show to get back to that.

While this season isn't over yet, splitting it into two stories was a smart idea and kept the show from getting too complicated. We expect American Horror Story to continue this trend in the coming seasons. You can watch American Horror Story: Double Feature on FX on Wednesdays at 22pm / 21pm CT. You can also follow the series on Hulu.

From Dinosaur to Pac-Man: How to Find 15 Google Hidden Games ❯

add a comment of Splitting American Horror Story's tenth season in two was the best move the show could have made.