How do you know if you have Mandrake style? Do the test 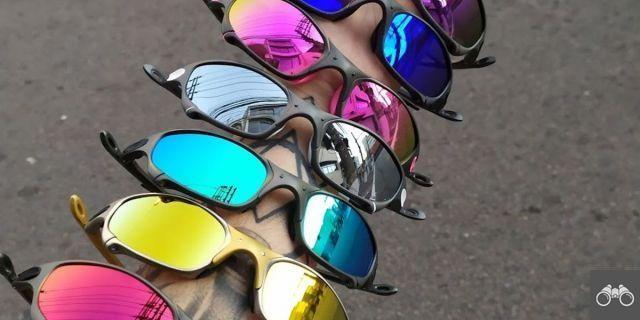 How do you know if you have Mandrake style? Do the test

You ever heard of mandrake style? Find out in this post what it means, its characteristics and participate in a quiz to find out if you are a mandrake.

For some people, style can be your trademark, when someone catches the eye and already recognizes you for it.

The definition of a stylish person is one who expresses elegance and personality through appearance and behavior.

That through style, escapes the standards and creates something unique, an identity.

Recently, one style in particular has become a phenomenon: the mandrake, which refers to features and accessories that draw a lot of attention.

But where did this slang come from? Check it out below.

Mandrake style: what does it mean?

Mandrake is a slang used in our country to describe a very stylish person, who wears various chains, piercings, large chains, mirrored glasses, sportswear, "scratch" on the eyebrow and almost always tattoos on the body.

The word can also vary by gender and be written as "mandraka" to refer to the female mandrake style.

The term mandrake began to become popular within social networks, especially on TikTok, after a challenge was created: the mandrake challenge, where the person has to transform into a mandrake.

Learn More: How to go viral on Tik Tok?


Who also entered the challenge was the former BBB Juliette, champion of the BBB 21 and adhered to this fashion that mixes sport with casual.

The expression is also very present in the outskirts of our city. Mandrake comes from mandrake, a plant that has hallucinogenic, analgesic and aphrodisiac elements.

It is a distinctive style, characteristic of Generation Z, which mixes sporty and comfortable clothes, with glasses like those used in the past, being a mixture of several eras.

In addition to the sporty style, the mandrake can also choose to use a lot of print and colorful pieces, without leaving out the accessories.

The subject gained so much repercussion that it even ended up in the musical world, giving rise to several hits, among them “Mandrake chavoso”, a song recorded by MC Paulin and which already has more than 22 million views on YouTube.

To give you a better idea of ​​what it's all about, we've separated a video with some clothing ideas that refer to both the male mandrake style and the female mandrake style, which several influencers used to make the trend on TikTok.

Mandrake is the name of a Marvel comic book character created in 1934.

He was an illusionist, who could successfully trick people and practice hypnosis.

The story's character was inspired by magician Leon Mandrake, who wore a top hat, a silk cape and a mustache. The mustache is even used as a reference for those who consider themselves mandrake today.


Due to the repercussion of comics in our country, Mandrake became a popular slang that was related to illusionism.

With time and changes in the world, the slang took on a different meaning.

It stopped being popular and referring only to someone cunning, and started to refer to the “malandro” that can be interpreted in a pejorative way or not.

After the popularization of the word mandrake, nowadays the term is used by more people, with other meanings and with various other intentions.

For example, if you see someone wearing mirrored glasses, with a larger tattoo, or sporting an accessory, you will most likely already want to refer to that person as a mandrake.

So today, the word mandrake has a lighter meaning and is directed to someone's dressing style.

Quiz: Are you Mandrake?

Want to know if the way you dress also makes you a mandrake or a mandraka? Do the test.

Learn More: How to gain followers on TikTok? 10 tips to rock the social network

Audio Video How do you know if you have Mandrake style? Do the test
How to withdraw money from TikTok? ❯

add a comment of How do you know if you have Mandrake style? Do the test