20 best Roblox games for you to enjoy right now! 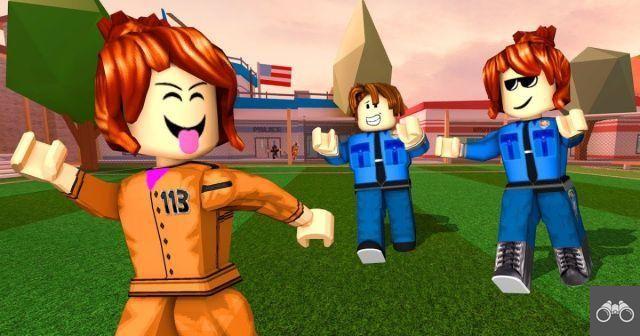 Roblox is an open world MMORPG (Massive Multiplayer Online Role-Playing Game) that has grown exponentially in recent years. More than a game, it works as a platform for creating and customizing universes, with several options to provide experiences through different Roblox games.

Launched in 2004 by founder David Baszucki and co-founder Erik Cassel, the game was initially called “Dynablocks”, and over the years has received several updates that have added a messaging system, research systems, and character customization systems. The platform currently has more than 500 game creators and more than 700 million monthly active players, who have logged more than 300 million hours of gameplay.

Roblox has been on the market for over 10 years but has only gained more notoriety and popularity in recent years, and it currently has over 150 million monthly active users. It is available for PC, macOS, Android, iOS and Xbox One and in addition to being easy to run (being an excellent choice for weak PC games) it can also be downloaded for free from the Roblox website.

The game provides numerous tools for players to create their own maps, serving as a platform for creating and sharing other games and immersive experiences from the community itself. Much of the game's popularity is due to the freedom given by the game's developer to players. In addition to being available on several platforms and running on most devices, it does not require much processing or graphics power.

Within these universes created by the community, it is possible to develop games, with unique mechanics and ways of playing, in addition to countless possibilities for customizing the scenario, clothes, objects and much more. Check out a list of the best Roblox games now:

It is possible to adopt and care for a pet, watching it grow and develop. In addition, the game has a species mutation tool, allowing for a multitude of breeds and types of pets.

The game receives weekly updates and periodically holds some events, including some crossovers with famous cartoon characters such as Scooby-Doo.

This Roblox game is an amusement park simulator, in which the player can create and manage his own park. The player starts with limited resources, but with game time and dedication it is possible to accumulate resources and acquire better structures.

The objective of the game is to accommodate the best park possible, with the greatest capacity for visitors, within that given space. It also allows players to visit and interact with other amusement parks.

Another popular Roblox game is Meepcity. The initial objective of the game is to accumulate enough money to acquire a Meep, and then the experience transforms into a simulation game, in which players live in communities and can play roles within them, such as working and going to parties.


It is also possible to customize your character, your house, play minigames and interact with other characters.

A very interesting Roblox game is Jailbreak, which in English translation means prison escape. It allows the player to join either the thieves or the police, in a kind of virtual police and thief.

The thieves' objective is initially to escape from prison and then carry out various crimes available, such as robberies and robberies, while the police's is to stop them, and the game also offers rewards and exclusive customizations for players who do well in missions. .

The game also has a large and very rich world, allowing the player to explore different parts of the map freely.

A very popular Roblox game, inspired by FPS (First Person Shooter) games is Phantom Forces. The game has several weapons and maps, and allows the unlocking of new items as the player dedicates time to the game and gains experience.

Dungeon Quest is an RPGMMO (Role Play Gaming Massive Multiplayer Online) inspired by games like Diablo, Path of Exile and others. The game consists of exploring dungeons and collecting treasures, accumulating wealth and improving your equipment.

The game also has good graphics and an interesting and rich environment, in addition to being very inviting for beginners in RPG games.

Another very popular simulator is Brookhaven RP. In it, it is possible to interact with other players and perform various actions, such as buying houses and cars, exploring the city and working.

One of the most popular Roblox games in the horror genre is Murder Mystery. At the beginning of each round, one player is chosen as an assassin and another as a sheriff, while another 10 players act as survivors.

The city sleeps style game also has the option of some paid features, which give more options within that universe.

This Roblox game, as the name implies, is an anime battle simulator. The game features several famous anime characters, such as Naruto, Luffy from One Piece, characters from Bleach, from Avatar: The Legend of Aang and much more.

As the player dedicates time to the game, he rewards them by unlocking new characters, each with their special anime-inspired characteristics.

Royale High is a game that works like a fantasy RPG. The player plays the role of a student from a noble family with supernatural abilities, and his goal is to study to level up his character while interacting with other players on the server.

Higher bills receive more coins, which are used to buy items for your character. There is also territory outside the school, which is open for the player to explore. In addition, developers periodically hold events with unique experiences.

One of the most popular platform games is Ninja Legends 2. In it, the player controls a ninja with the objective of improving his Parkour skills, which is a type of physical skill that aims to overcome obstacles and be as efficient as possible.

The game is quite colorful and offers a lot of items and customizations. Some are for sale for real money, but the development team also makes it possible to purchase these items with in-game virtual currency.

Another game that aims to go through a path full of obstacles is Tower Of Hell. Similar to the recent hit Fall Guys, the game has random levels and no save point.

Up to 20 players can compete against each other, and the first to reach the top of the tower wins. There are also private and custom servers, but they are paid.

This is a Roblox shooting game where the objective is to survive various hordes of zombies. With more game time, the player can unlock new maps, new weapons and equipment.

The game also has a leveling system, in which more experienced players receive some additional perks and attributes.

The game Hide and Seek Extreme is, as the English translation of the name implies, a hide and seek simulator. The objective is to hide while a player searches the map for his companions.

The player who has the quest role is given some special skills to help him in this task, and more skills can be purchased as the player gains experience and coins.

Death Run is a racing game similar to Mario Kart games, available for Nintendo consoles, which also develops them. In it, you compete with other players in a race, located on a map full of obstacles, traps and special abilities for your character and your car.

The game also has a point system to encourage competitiveness between players.

This Roblox game is a restaurant simulator, similar to old games like Café Mania, available on social networks, Facebook and the old Orkut. The player's objective is to create and manage a restaurant, from the architecture and design of the environment, to the food served and the preparations.

All the processes that take place in the day-to-day of a restaurant are simulated in the game, from the taking and preparation of orders, to the financial management of the business. The game also makes new recipes and ingredients available as the player progresses.

As its name implies, Skate Park is a Roblox skateboarding game. Despite being focused on the interaction between players, it is set on several skateparks, with different obstacles and challenges for the player to perform with his skateboard.

Similar to games like the Tony Hawk franchise, this game also allows the player to customize his character and skateboard, in addition to containing a scoreboard with the players who performed the most difficult maneuvers and have the most points.

This game is an RPG (Role Play Game) which, as the name implies, is set in a magical world. In it, you can create guilds, battle other players, carry out missions and level up.

The game also allows the player to choose the path of evil sorcerer or good wizard, each with unique abilities. As the player levels up, he has access to new abilities and powers.

This game is a simulator, similar to the famous EA (Electronic Arts) game, The Sims. In it, you can customize your character, decorate your home with furniture, appliances and utensils of your choice. In addition, it is possible to interact with other players and visit other houses.

In addition to numerous customizations, your character's needs are also considered in Welcome To Bloxburg's gameplay. As in The Sims, the characters in this game have basic needs, such as eating, maintaining hygiene and having fun.

The game's complexity is reflected in its distribution form, as this is the only game on this list that is paid. For 25 Robux it is possible to buy the game, and considering that the basic package of 400 Robux is 4,99 dollars, the game is quite affordable.

Inspired by the Midnight Racing series of racing games, this game of the same name is an adaptation of the franchise to the Roblox universe. The game has a large number of cars and maps available to the player, as well as rewarding good placements in races with resources and coins to buy car upgrades and new vehicles.

The game is set in Tokyo and has a ranking system for the best placed in the races held.

add a comment of 20 best Roblox games for you to enjoy right now!