See how to transcribe audio and turn voice to text easily

Transcribing audio content to turn it into text is a very useful resource to save time. After all, it is possible to create notes or narrate entire texts while driving or taking a walk. In addition, transcribing interviews can take a long time and services like this expedite the process.

Some programs offer the service natively, such as Google Drive and Keep. However, it is also possible to access or download applications created specifically to convert voice into written content.

How to transcribe audio to text on WhatsApp

Users of Android's native keyboard, GBoard, can easily transcribe audio to text on WhatsApp. If you don't have the program, just download Gboard for both Android 7.0 or higher and iOS 9.0 or higher.

The feature is essential for those who don't want to fill their friends with audio messages, but don't have their hands free to type. Check out:

1. Open WhatsApp as you normally do and then access the chat window you want;

2. Tap on the chat box to activate the keyboard. Then, tap on the image of a microphone, located on the right side of the keyboard (attention: it is not the microphone icon in WhatsApp); 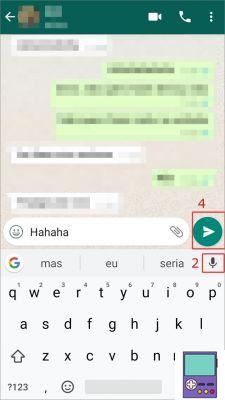 3. Say what you want and, once you're done, press the microphone icon again;

4. To send the message, just hit the green send arrow, just like any other on WhatsApp.

Gboard's microphone feature can also be used in other apps, such as the Evernote organizer, which is also available for Android and iOS.

How to transcribe audio to text in Google Drive

Using the Google Drive Docs app to transcribe audio into text can be ideal for anyone who needs to write more extensive content. the resource of voice typing performs the conversion in real time.


Thus, it is possible to dictate on the spot or play a recording for the system to convert it. For this, it is necessary to have a Gmail email account and use it through Chrome.

2. To create a document, go to the button New, not left upper edge. No menu to open, opt for Document;

3. To activate the feature, go to Tools and select voice typing; 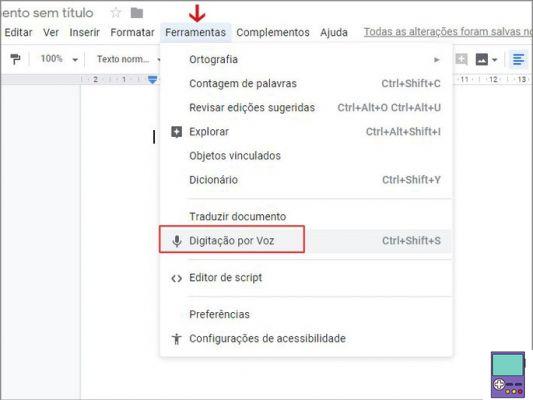 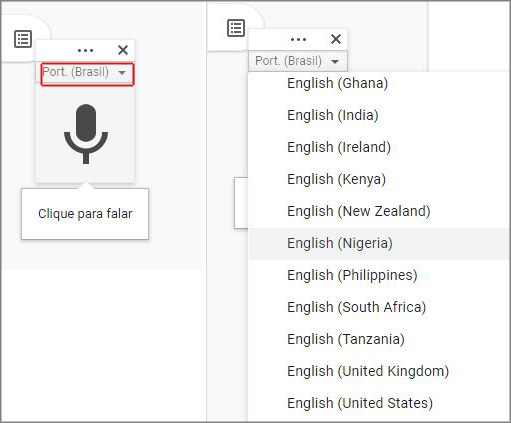 How to transcribe audio to text in Keep


The functionality is ideal for anyone who remembers something while driving or needs to quickly record something in the middle of a busy day.

To perform the procedure, you must have Google Keep installed on your Android or iOS device.

1. Open Keep as usual and tap on the microphone icon in the bottom menu to create a voice note;

2. Then say what you want. Upon noticing a longer pause, the recording is automatically terminated by the program;

3. The note now displays both the original audio and the transcribed content.

Specific apps to transcribe audio into text for Android and iOS 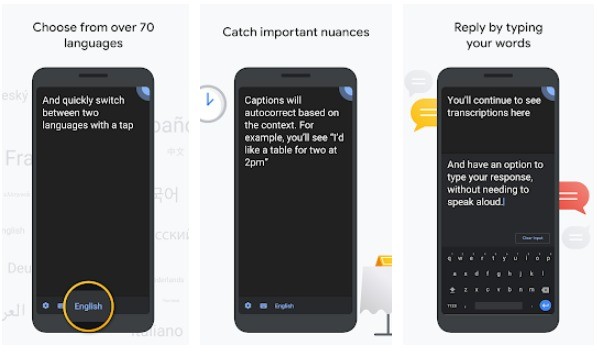 App developed by Google, thinking about facilitating communication with deaf people. However, it can be used by anyone. The program interprets what is said and transforms it into text in real time.

You can keep the transcribed audio for up to three days and select one of 70 language options. Instant Transcript is available for Android. 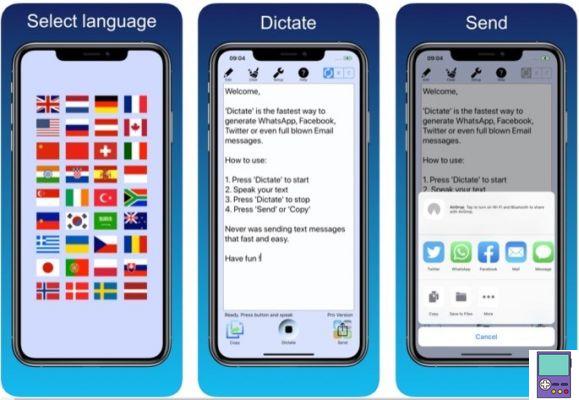 Available for over 20 languages, Dictate - Speech to text uses speech recognition technology to turn any audio into text.

In the free version, the user can copy and paste the content on other platforms. If you want to send directly to apps like WhatsApp, Facebook and Twitter, you need to subscribe to the paid version. Dictate - Speech to text is available for iOS only. 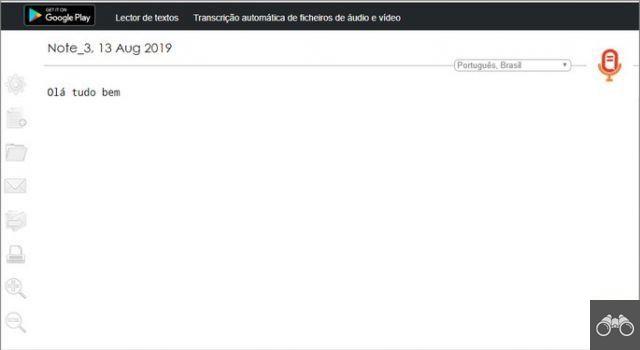 Speechnotes is a free online audio-to-speech converter accessible directly from the browser. To use the web version, just hit the microphone icon and start talking.

The interesting thing is that, next to the frame in which the text is inserted, there are a series of editing features that can be incorporated simultaneously. That is, at the end of a question, just click on the exclamation point. The same works for skipping lines or including elements like period, comma, parentheses, etc.

Content can be copied or emailed to Google Drive or downloaded as a Word document. In addition to the online version, Speechnotes is also available for Android.

Need to do it the other way around? Then check out how to turn text into audio without downloading anything. Also see how to record Android and iPhone screen in real time.

See how to use Telegram on mobile and web ❯