Facebook announced today (22) a new feature that allows blocking Messenger. The idea is to strengthen application security by adding another layer of protection to messages.

The feature is similar to what already exists in WhatsApp, which, when activated, forces the user to unlock the application to view messages.

Learn more: Fingerprint and Face ID lock on WhatsApp: learn how to use

According to Jay Sullivan, Director of Product Management, Privacy and Security for Messenger, the launch "gives you the confidence of knowing that even if you lend your phone to a friend or family member, they won't be able to access your conversations."

How to configure Messenger lock

For now, the Messenger lock feature is available for apps installed on IOS devices only. The novelty should arrive soon for Android devices as well.

The tool uses the device's privacy settings, which can be fingerprint or Face ID to unlock the app. However, in his statement, Sullivan guarantees that users' touch or face information will not be transmitted or saved by Facebook.

Step 1. Make sure your Messenger app is up to date; 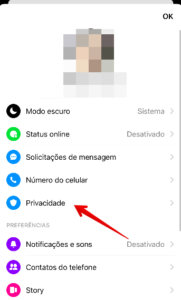 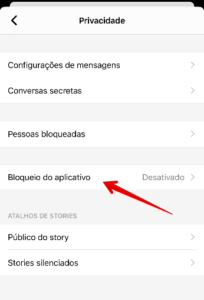 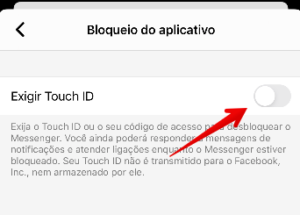 Step 6. Configure when Messenger should require unlocking. If whenever you exit the app, after 1 minute, 15 minutes or 1 hour after exit; 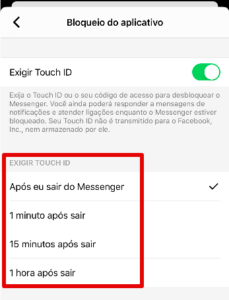 Once that's done, whenever you want to access your messages, you'll need to unlock them.

It is worth mentioning that it will still be possible to reply to messages through the app's notifications and answer incoming calls on Messenger without having to unlock it.

We recently discussed the similar feature found in WhatsApp here and listed some of the advantages and disadvantages of this type of blocking.

Among the advantages is, without a doubt, greater security for your data and messages. Blocking becomes even more relevant if we consider that Messenger brings together not only the personal inbox of users, but also those of the companies it manages on Facebook.

On the other hand, this type of blocking can be extremely inconvenient for those who need to open the app frequently. In this case, those who already have a lock password on their device would have to go through two unlocks to use the application.

Facebook has been increasingly concerned about the security of user data and continues to roll out features to improve privacy in its apps. In addition to blocking Messenger, a space called Privacy Settings was announced for the messenger. This menu will bring together all the application's privacy options, in order to facilitate access to security settings.

The next step for the platform should be to improve control over who can and cannot send messages and make calls to people. Messenger should soon launch features similar to those already on Instagram. “We've heard from you and we're working on new tools so you can decide who can message or call you directly, who goes into your requests folder, and who can't message or call you,” Sullivan said.

The director also stated that other features such as blurring images in requests box messages should also be implemented soon in Messenger, as is already happening in Instagram and WhatsApp.

Modalmais Corretora: how to open your account and invest? ❯