Check out how to record calls and video calls on WhatsApp

Recording voice calls or video calls made by WhatsApp is not yet a native option of the messenger. This means that it is necessary to use third-party apps to record conversations.

The feature can be very useful for those who don't want to miss any detail of what was said in an interview or business meeting. Or it can still be used by those who want to prepare a tribute to someone with excerpts from their conversations.

It is important to note that the reproduction of recorded content can only be done for personal use. In addition, recording and sharing conversations without authorization from one of the parties involved can constitute a crime if the person feels wronged.

With that in mind, check out how to record WhatsApp voice and video calls.

How to record WhatsApp voice calls

To record audio calls on WhatsApp, you need to download and install the Cube Call Recorder app on your Android smartphone.

Apple does not provide applications in its store that allow performing the procedure on the iPhone.

1. After installing, open Cube Call Recorder and tap Next;

2. Then go to I agree to confirm that you are aware of the local rules and regulations regarding the recording of content involving third parties and that you are responsible for the use that will be made;

4. In the message boxes that open next, choose Allow;

5. So, you need to give the app permission to override other apps. For that, go to enable overlay; 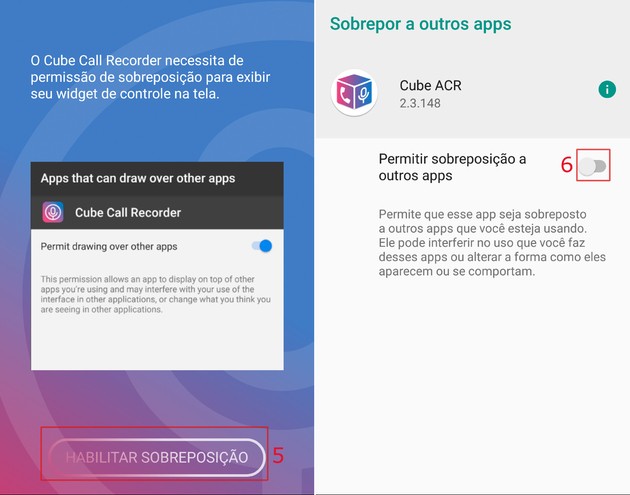 6. On the screen that appears, enable the switch relative to the option Allow overlay to other apps;

7. Then go back to the Cube Call Recorder app. If you receive a message informing you that the device is not compatible with VoIP-type calls, ignore it;

8. If you have received the message mentioned above, tap on the icon formed by three lines, located in the upper right corner of the screen. If you haven't received it, skip to step 12; 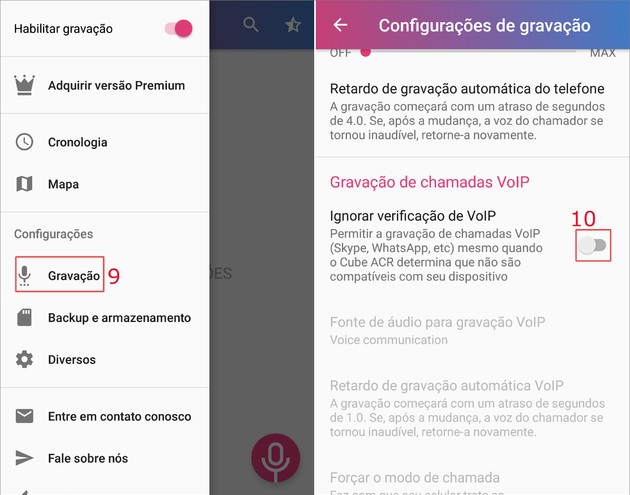 11. Confirm your choice at Got it;

13. In the accessibility settings, tap on the Cube Call Recorder;

How to record WhatsApp voice calls

2. Access the conversation window with the person you want to call;

3. Tap on the phone icon at the top of the screen on the right;

4. When starting the call, a pink tab is automatically displayed on the side of the screen. From that moment on, everything that is said is already being recorded, even without the person answering. 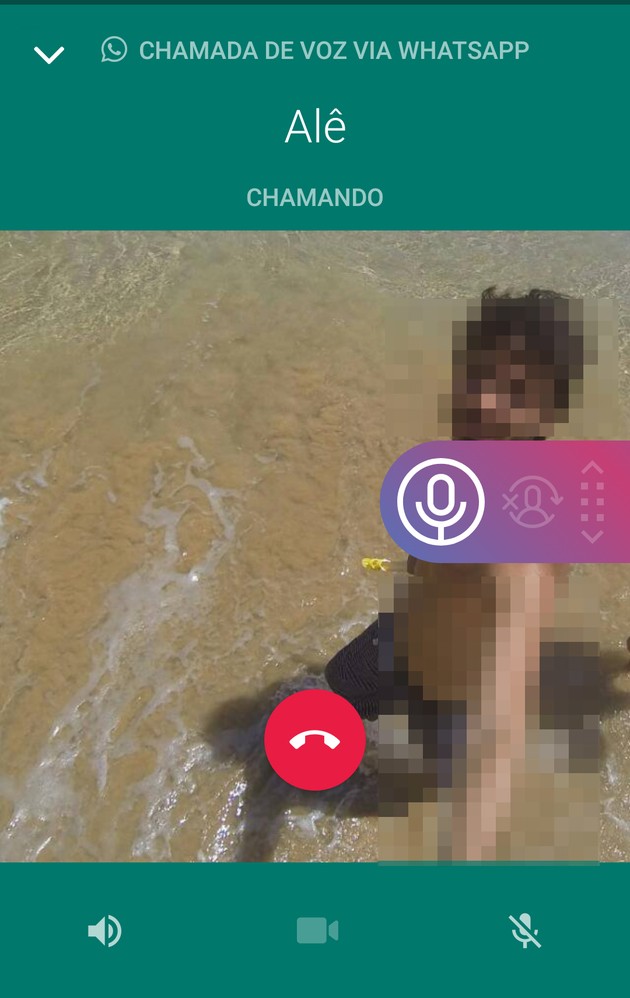 2. Right on the home screen, all recordings made are displayed. Tap on the one you want to hear;

4. If you want to delete some audio, just select it by touching it for a few seconds. Then, go to the trash can icon, which is displayed in the upper right corner;

How to record WhatsApp video calls

To record video calls made through WhatsApp, you need to install the Mobizen Screen Recorder app on your Android phone. iPhones have a factory-installed screen recording tool that can be used to capture conversations.

2. Now, tap on the button Welcome;

4. The application logo will automatically appear on the right side of the screen. If it doesn't, just open the app for it to appear on the display;

5. Now, open WhatsApp and enter the conversation window with whom you want to record the call;

6. Tap on the camera icon at the top of the messenger to start the conversation;

7. When initiating the call, tap on the Mobizen Screen Recorder icon; 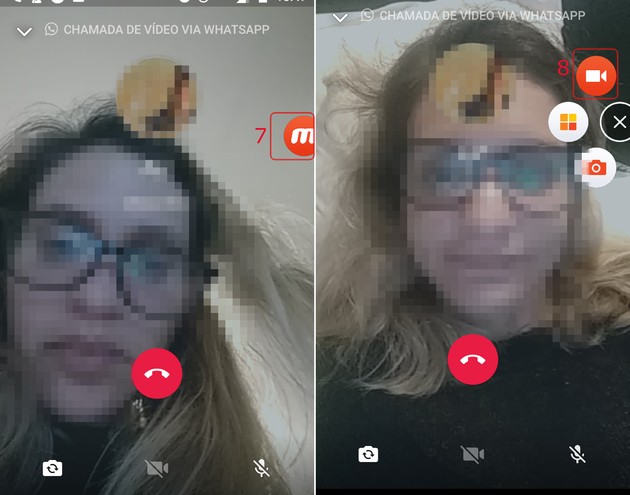 8. Then, select the symbol of a camera, among the three that appear;

9. Wait for the three-second countdown and the conversation will start to be recorded;

10. When you end the call - or whenever you prefer - tap the Mobizen Screen Recorder icon again; 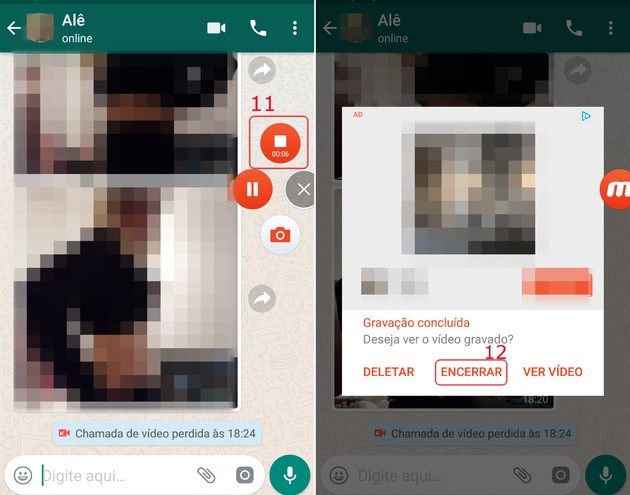 13. If you want the app icon to stop constantly appearing on the side of the screen, just drag it to the bottom of the display to dismiss it.

Not everyone knows, but it is possible to switch a voice call to video without having to hang up. If you're on an audio call, just tap Video call and the contact can either accept or decline the change request.

If you're on a video call, just press voice call and wait for the other to accept. The functionality, however, is not available for group calls.

In fact, group voice and video calls are still little explored by the app's users.

Capable of supporting up to four users simultaneously, this type of chat requires everyone to be in a location with a good internet connection. This is because call quality is determined by the weakest network among the participants.

Another interesting thing about group calls is the fact that you can chat with a blocked contact - but you can't add them to the call yourself. The opposite is also not possible.