Originally released for Nintendo WiiU in 2022, Fatal Frame: Maiden of Black Water comes to other platforms in a remastered version. This is the 5th installment in the series and the second to hit Xbox platforms. The franchise has its plot oriented towards Kaidan not that of Mass Effect, the Japanese ghost tales.

Does the game manage to get a few nights sleep? Check out what we found below.

The Hill of the Dead

Fatal Frame: Maiden of Black Water begins with a brief explanation of the place where the game takes place: Mount Hikami. Once a thriving religious site, brimming with abundant resources, it is now nothing more than an area devoid of all life and infamously reputed to be a popular suicide spot. 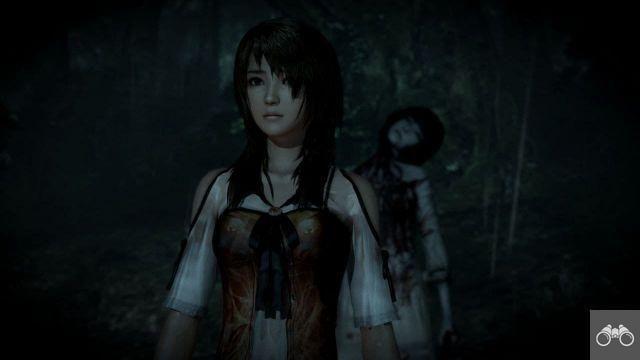 It is in this place where the fates of three characters will intertwine: Yuri Kozukata, Miu Hinasaki and Ren Hojo. Miu is the first to be introduced to waking up in an ancient temple flooded with black water in the middle of Mount Hikami. Yuri, a young woman with paranormal powers, is forced to enter the mountain in search of her missing mentor. Ren, a researcher who is studying ancient burial rituals, heads to the site for inspiration for his new book.

Every scare, a flash

Fatal Frame explores Japanese superstition involving spirits. These are the figures who will try everything to take our protagonists to the world of the dead. To prevent such a fate, the player will rely on a mystical artifact, the Camera Obscura. A camera capable of seeing what cannot be seen and exorcising evil spirits. 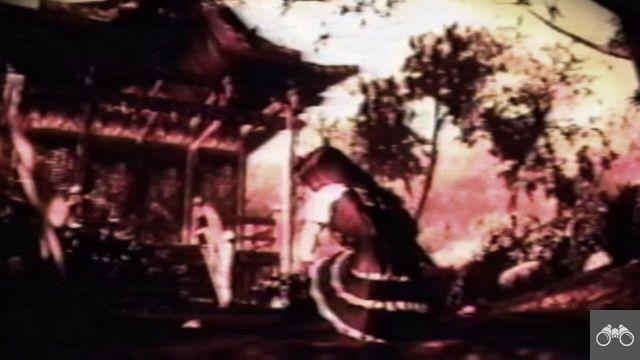 The premise is quite simple. Press a button for your character to use the camera. The game view changes to first person and you just frame the spirit that is disturbing you and take a picture. When a ghost is about to attack, the camera frame starts flashing red. This is the perfect time to let go of that flash. It's like carrying out a counterattack. You deal massive damage to the spirit and stun it. It's a risky maneuver, because if you miss the time, you'll be grabbed by the spirit and take a lot of damage. On the other hand, you can save on the number of photos to exorcise the lost soul.

The Camera Obscura also has other tricks up its sleeve. Remember the story of seeing what cannot be seen? So, she can find objects hidden by the scenario. At key moments, spirits will appear in front of the player for a few seconds. If you manage to take the picture before they disappear, in some cases, it will be possible to know a little about the history of that spirit. What were you doing there? How did he die? 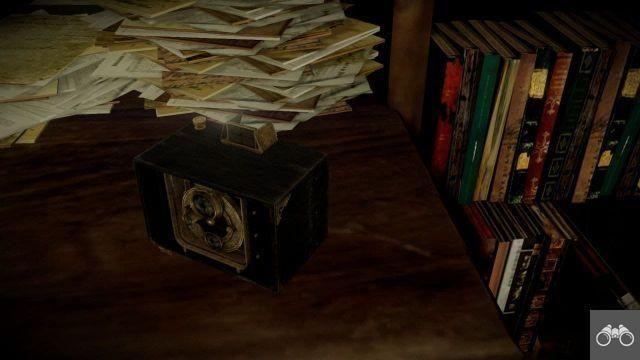 Find items. The way you defeat enemies. Take photo of wandering souls. It's all worth points that you can use to buy items and upgrade the Camera Obscura's powers. the first moments of Fatal Frame: Maiden of Black Water please, until…

puns aside, Fatal Frame: Maiden of Black Water manages to deliver an incredible ambiance. After all, Mount Hikami is inspired by a real place in Japan: Aokigahara, the suicide forest! A place that in itself is capable of causing chills. A perfect setting for a dark adventure.

The idea is well executed to some extent. Mount Hikami ironically has a lot of “life”. As we explore the scenery. we witnessed firsthand stories of many souls from different eras who were lost there. That's when we don't end up getting involved in these stories, like when a child invites us to play hide and seek in exchange for a favor, for example. 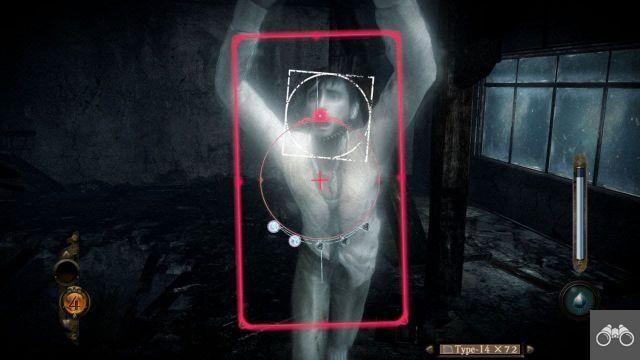 However, this sinister atmosphere is dissipating as some problems become evident. Like the fact that the same scenarios are revisited exhaustively. Seriously, you'll lose count of how many times you have to go to the same place with a different goal. Multiply that by three, as there are three characters visiting the same locations, but at different times.

But the worst of them is perhaps the fact that enemies are not fearful. First, for its appearance. Ordinary translucent people, with a shadow in their eyes. Not to mention some "japices", such as the priestesses of the big breasts. Not exactly the scariest figure in the world, right?! Second, the Camera Obscura. Once you get the hang of attacking spirits, your adventure becomes a smooth ride.

For a game originally released for the WiiU, Fatal Frame: Maiden of Black Water It doesn't look bad in the remastered version. Of course, it is not possible to compare with games of this generation or the past, but it is very well done within its proposal. There are no jagged edges, and performance is stable at 60FPS. 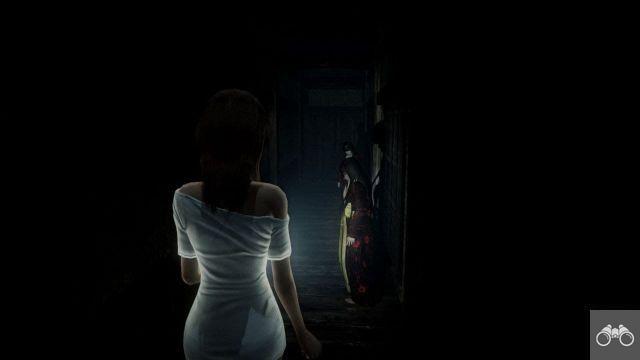 The game arrives localized in English and Japanese. Yes, unfortunately even the Portuguese subtitles of our country were left out.

As a first experience in the franchise, Fatal Frame: Maiden of Black Water can please. Its history is intriguing, full of mysteries and twists. Choosing to use a real place as inspiration for the game is also a great idea. There are still multiple endings for each character, adding to the replay factor.

The problem is that the game quickly becomes repetitive, and does not have subtitles in our language so that the player can enjoy the story. To make matters worse, it fails to deliver a terrifying experience, its main foundation.