Invisible Space: how to put an invisible name on Free Fire

Author and references
Invisible Space: how to put an invisible name on Free Fire

Garena's Free Fire game has several players around the world.

And so it is necessary to create several variations for the nicknames so that there is no equal.

And one way to do that is to use the invisible space.

This function is highly sought after, but few people know how to insert it into their in-game profile.

For those who don't know, the invisible space is a symbol, considered a blank character, or invisible letter, that is, it is not visible and is often used to insert spaces, as a separator of letters or words in nicks within the Free game Fire.

This character is widely used because Garena, the company that created FF, does not allow the insertion of the normal keyboard space in the game's nicknames.

So, we've put together an explanation of how you can put the space in your name on Free Fire.

It is worth mentioning that this explanation also works in other games, such as Among Us.

Learn More: FF Codes: Learn how to redeem Codiguin before everyone else

Among the symbols, there are four invisible space options for you to use in your nickname:

Due to this great variety, we are going to explain how to use each of the invisible spaces to assemble your name on Free Fire. Just copy them.

1. Big invisible space for your nickname

Being the most common on the list, the large invisible space is often used to separate tags from the rest of your nickname especially your guilds.

To use this option, simply copy the space in parentheses to your clipboard.

But remember: you don't have to copy the parentheses together: (ㅤ).

The middle space is, more or less, half the size of the large invisible space, in case you want to make the words or letters closer.

To use it, just copy the space between the following parentheses: (ﾠ).

3. Small invisible space for your nickname

As a newer option on the list and only recently available, the small invisible space is roughly the same size as the normal keyboard space.

However, there is still no way to copy it directly as we did with the options above.

You need to look for some small space generator on the internet.


One option is to search in the Mobile Verso portal, more specifically in the Free Fire tab of the website and in the “Space” option.

4. Fonts with invisible space for your nickname

Another option to put invisible space in your nickname is using a special font that already has this space ready.

For this, it is also necessary to use a text generator that offers this alternative of space between the letters.

Our suggestion is Letras Separadas, also available on Mobile Verso.

Just type what you want without the spaces and the generator itself inserts the invisible space between the letters.

How to paste the invisible space in your Free Fire nickname

After copying the space from the options we listed above, it's time to paste in your nickname.

Just follow the step-by-step instructions in the image below, which was carried out on a smartphone with an Android system:

Step 1. Open the Free Fire game on your cell phone and go to your profile;

Step 2. In the window located in the right corner, click on the edit symbol to have access to the complete information of your profile; 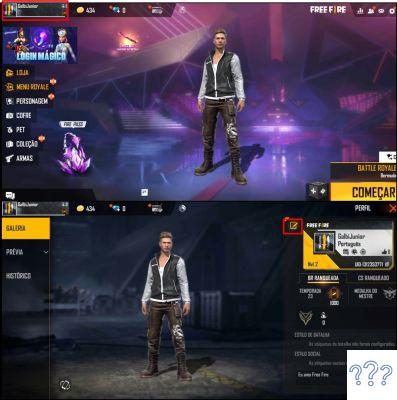 Step 3. In the “Player Information” window that will open, click on the “Nickname” option;

Step 4. A new page will open showing your current nickname and a field for you to enter the new nickname. Click on it; 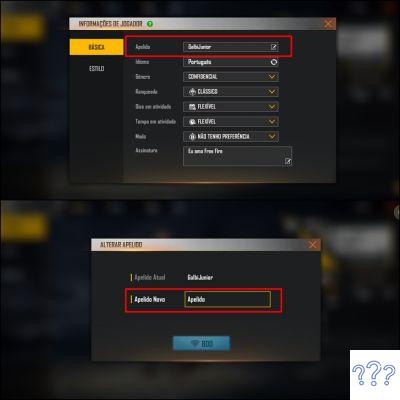 Step 6. Everything you copied will appear in a new part of your keyboard. So, look for the invisible space option you had previously copied and select it. 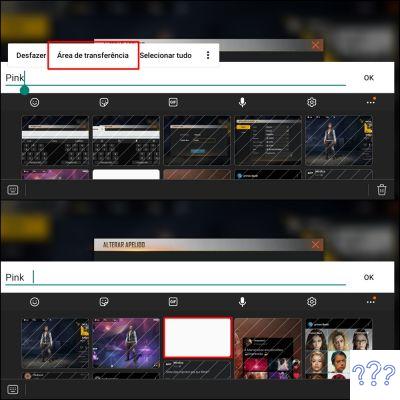 Step 7. Finish typing your new nickname and then click on the “Ok” option. After that, you will return to the nickname window. To finalize the exchange, you must pay 800 diamonds. So be sure before finalizing the process.

Audio Video Invisible Space: how to put an invisible name on Free Fire
Is it harder to tell the truth? ❯

add a comment of Invisible Space: how to put an invisible name on Free Fire