How to find Google hidden games?

Author and references
How to find Google hidden games?

Google has several features such as Google Earth, Google Maps, Google Translate and many others. But did you know that there are also games available? Exactly, and in this post we will teach you how to find Google hidden games. Believe me, some of them can be quite interesting.

Some you can find when you don't have internet, as they can be played offline. You can also access them through the search bar or through a commemorative theme that Google makes available on certain special dates. While pretty much all of them are pretty simple, they can also turn out to be quite fun and help you pass the time or relax.

See the list below for some hidden Google games that might be very interesting for you. And best of all? All are completely free:

In case you are without internet, Google provides an offline game so you can have fun. You may already know T-Rex Running, or the famous “dinosaur game”. Probably, this is the most famous or one of the most famous games made available by Google. If you are using Google Chrome and you have no internet, the homepage automatically starts T-Rex Running for you.

The game's gameplay is quite simple, you just need to click the space key to start the game or touch the dinosaur if you're playing on mobile. With that, the dinosaur on your screen will start running and he will need to dodge obstacles by jumping. To do this, you need to hit the spacebar again whenever you want it to jump, or click on your smartphone screen.

In addition to T-Rex Running which you can play when you have no internet, you can also find Google hidden games in the search bar. Most of the time, games will be available at the top of the results page. Check the list:

To be able to find Google games, the path is quite simple. One of those available is the classic Solitaire card game, but online. Just search for “Solitaire” in the Google search bar, the game will appear at the top of the results page, after that you need to click on “play”, choose the difficulty and have fun.

The game has a very simple interface, with few elements on the screen and only the essential features. You can start a new game and even undo a move. Information such as game time, score and number of moves are available in the top menu of the game. 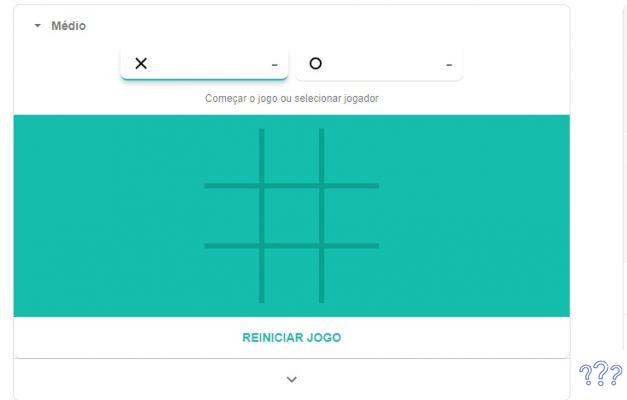 As with the game mentioned above, all you need to do is search for “Old Game” in the Google search bar. After that, the game will be located at the top of the results page. Now, just choose the difficulty between: easy, medium and impossible. In addition, you will also have the option to play against a friend.

However, the friend needs to be by your side to play, as the game does not have an online version so that both can play in separate locations. After deciding how you will play, you need to choose, by clicking on one of them, between X or O. Who will start will be decided by the system itself. With that, each player just clicks where they want to add their symbols and the fun begins. 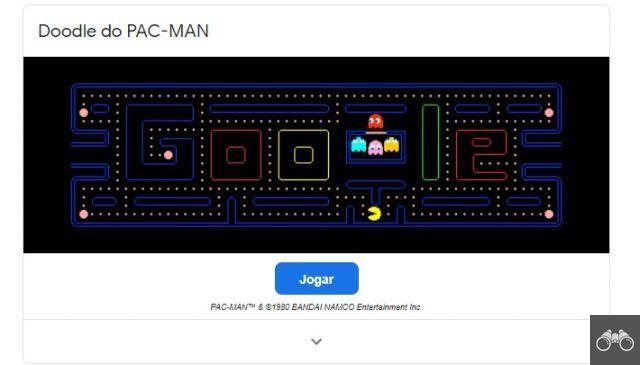 Practically everyone knows Pac-Man, or the famous Come-Come, right? The game will appear at the top of the results page after you search for “Pac-Man” in the Google search bar. After that, all you need to do is click on “play”. The game does not differ much from the older versions. Also, the gameplay is pretty much the same.

Just like in the classic game, your objective is to eat all the tablets on the screen without coming into contact with the ghosts that will also be in the maze with you. On the computer, you can move the character using the arrow keys on the keyboard, on the cell phone, you control it by dragging your finger across the screen. You will have three lives available to reach your goal. 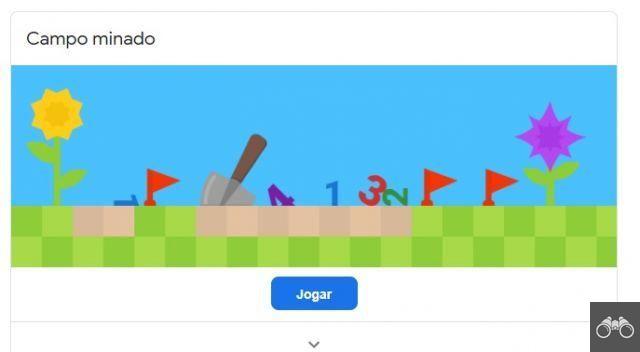 When searching for “Minesweeper” or “Minesweeper” in the Google search bar, you will find the game in the same way as the ones mentioned above. After that, click on “play” and select one of three difficulty levels: easy, medium or hard. Then, just click on any part of the field that appears on your screen to start having fun.

The objective is simple, you need to click on the squares on your screen without exploding any of the hidden bombs. The numbers that appeared after you clicked indicate how many bombs there are in the nearby squares. You will only have one chance, as when you click on one bomb, all the others will also explode.


Learn more: Google Search Console: what it is and 3 ways to manage it

In case you didn't know, Doodle on Google are small tributes made by the company on some commemorative dates. Thus, the company logo on the Google homepage ends up turning into something different, like a photo, video or even a hidden Google game. Most games can be found on the Google Doodles page. Check out some of them:

One of Google's most popular games is soccer, released in 2012. The game simulates a penalty shootout where you control the goalkeeper and need to defend penalties. You use the arrow keys to control the character and space to defend by jumping. The more charged balls you defend, the more time you have to play. 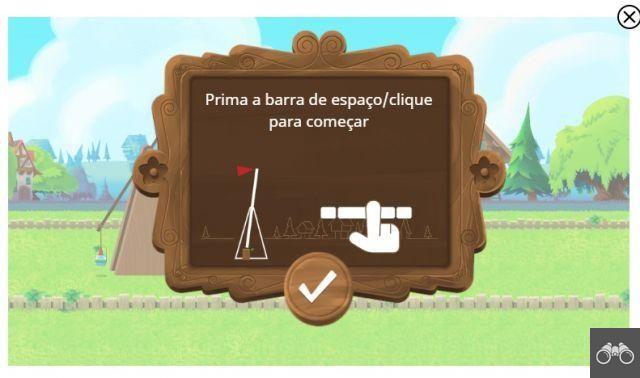 This Doodle was created to celebrate Garden Day in Germany. A legend of the country says that the gnomes bring protection and good luck, so it is common to find small statues of them on the lawns of the country. Thus, this was the theme chosen by Google to commemorate the day.

Your objective in the game is simple, you need to throw the gnomes using a catapult as far as you can. You control the catapult's movements just by pressing the spacebar on your keyboard. The secret of the game is to press at the right time, not too late and not too early. In this way, the gnome will be able to go further and further.

Perhaps one of the most interesting and educational on the list. Doodle celebrates 50 years since the first time a child had access to the programming language. The objective of the game is to teach, in a simple and playful way, the first steps of the language and the programming process.

The protagonist of the game is a rabbit and, as a player, you need to use the code blocks so that he can get the carrots.

By doing this, a trail will be set up for the rabbit to reach its goal and you need to set up the correct trail so that it doesn't get lost. As you might expect, the game level increases every time you level up. There will be blocks of code specific to each action you want to take. 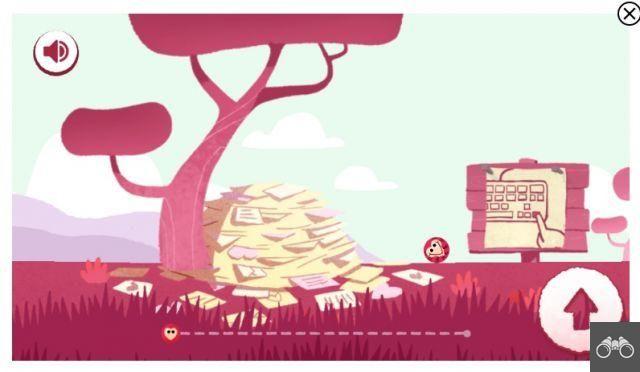 Of course, a Valentine's Day game could not be missing from Doodles. The 2022 game has two scaly anteaters (Pangolins) as protagonists, it is worth noting that these are the only mammals with scales in the world. At the time, the game also sought to address the trafficking of these animals.

The player's objective is to escape obstacles with the characters, collect flowers and objects, in addition to several other missions. The message that the game sends at its end is that spending time with the people you love is the true gift anyone can want. 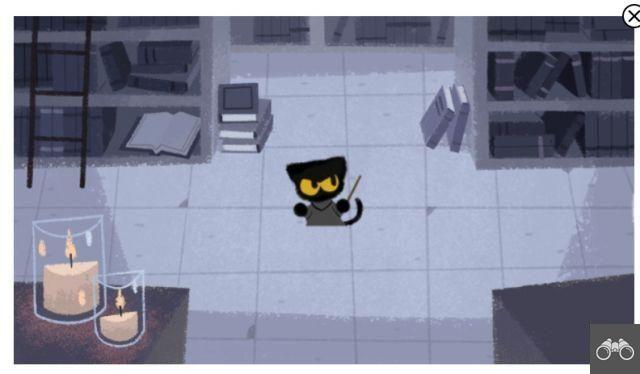 To celebrate Halloween in 2022, the game chosen was Magic Cat Academy. As its name suggests, the protagonist of the game is a cat and, with five stages in total, the story takes place in a school of witches and the cat itself is also one of the witches.

Did you like to know these games? Know others that are not on the list? Leave it to us in the comments.

Audio Video How to find Google hidden games?
How do I track my Enem registration? ❯

add a comment of How to find Google hidden games?