8 online board games to play with friends

Online board games are entertainment options for those who want to have fun even alone at home. Digital versions of classic games allow you to play with random people, combine games with friends on the internet or share your device. There are alternatives for Android, iPhone and also for PC. Check out!

Monopoly is a world-renowned board game that, in our country, has earned the name of Real Estate Bank. In it, competitors assume the role of real estate entrepreneurs and investors, whose mission is to get rich without breaking the bank. After all, in the middle of the way there are always unforeseen events.

The mobile version allows you to play online with people from all over the world or in private, with guests only. There is also the offline multiplayer mode, which supports up to 4 players on the same device.

Those who want to have the classic on PC can opt for the software available on the Steam gaming platform. Monopoly Plus was developed by Ubisoft and stands out for its beautiful 3D graphics. Editing also offers 1 versus 1 or against the machine mode. 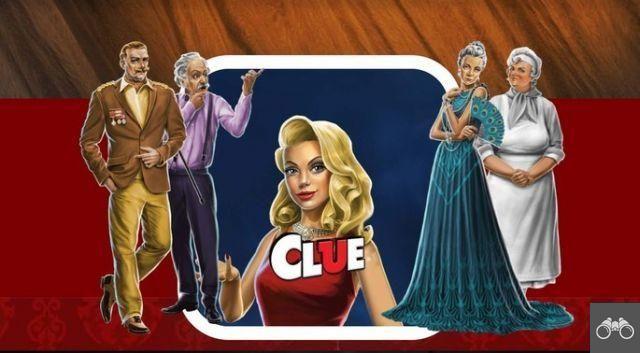 Clue is the classic detective board game where your mission is to unravel the mystery of a murder. Follow the clues and help find out who killed Mr. Boddy, where and with what weapon.

The title offers a single or online multiplayer option with up to 6 players, whether friends or strangers. PassAndPlay mode allows you to play offline with up to 4 competitors on the same phone.

Another classic on the boards, War won a digital version to play online with up to 6 people, whether strangers or friends in a private room. There is also the local mode, which supports 6 competitors on the same smartphone or computer.

The game dynamics are the same as the physical version. Participants receive missions and need to come up with the best strategies to conquer territories around the world. It is important to be careful that opponents do not discover your objective and try to prevent you from winning. 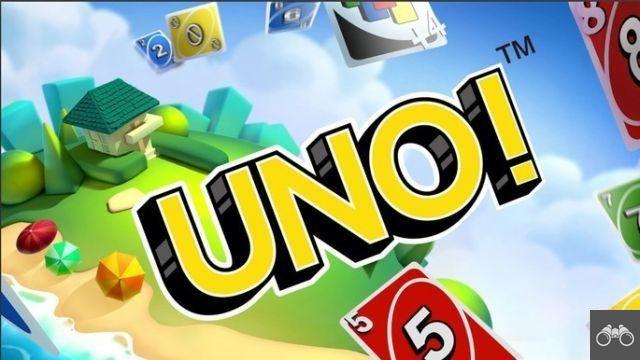 UNO has mobile and desktop versions from different developers. In both, however, the objective is the same: to release the cards from the hands before the opponents.

On the smartphone, the user has several game modes available, in addition to the classic one. You can play against virtual competitors or invite friends. The cry of "Uno" can be done by pressing a button or recording an audio saying the word that anticipates victory.

The computer side is available on Steam. Each game can follow the traditional rules or create your own. You can also play alone or with people you know.

The traditional naval battle game has gained a smartphone version, Sea Battle 2. The title allows you to wage war with people from all over the world in real time and online. It is also possible to opt for the local mode, in which you compete with friends via Bluetooth or sharing the same device.


To win the competition, you'll have at your disposal planes, radars, submarines and different types of weapons to destroy the enemy's arsenal. You can also set up the port city the way you prefer and receive prizes for it.

As its name suggests, your goal in the Game of Life is simply to live. Players need to get a job, start a family, get into university, buy a house and much more.

However, just like in the real world, you will have to face situations of luck and misfortune. The way you look at them can make you the big winner.

It is possible to play alone, offline location sharing the device, with random competitors or in a private room with only acquaintances. Communication with others is done through a chat, in which they can exchange emojis. 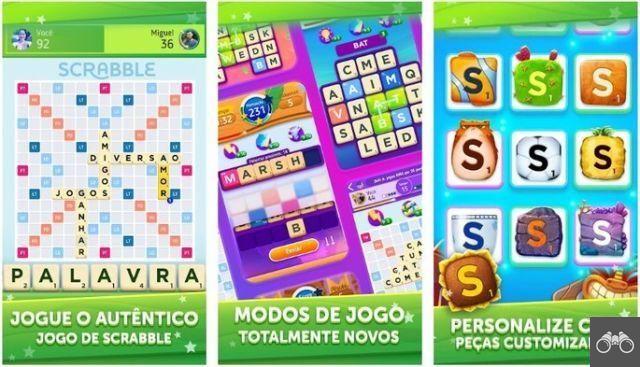 Scrabble is a very popular word game abroad that has a digital version in Portuguese. The objective is to form words on the board from letter cards in your hands.

From the moment that one of the players inserts the first word, the other terms must complement each other, forming a kind of crossword.

The Android and iOS edition lets you play with phone contacts and Facebook friends. But if you prefer, you can compete against the machine or random opponents. In addition to the classic mode, users have other modes available, such as duels and race against time. 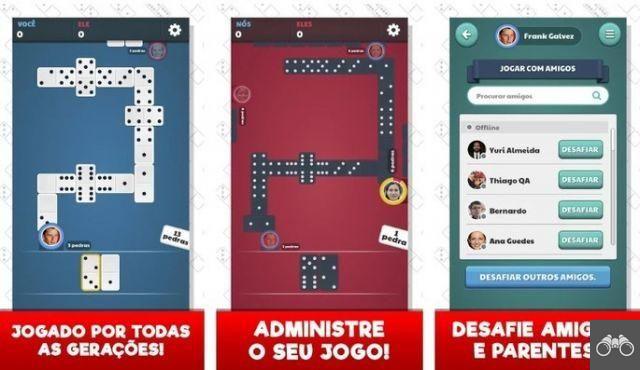 Domino Jogatina takes this classic game to mobile and PC screens. It is possible to compete online with Facebook friends and strangers. Or offline against the machine. Tables can have between 2 or 4 players.

There are 4 game modes: Turbo, Classic, Tip of 5 and Closed. There are 3 levels of difficulty and all pieces are displayed at the end of the game.