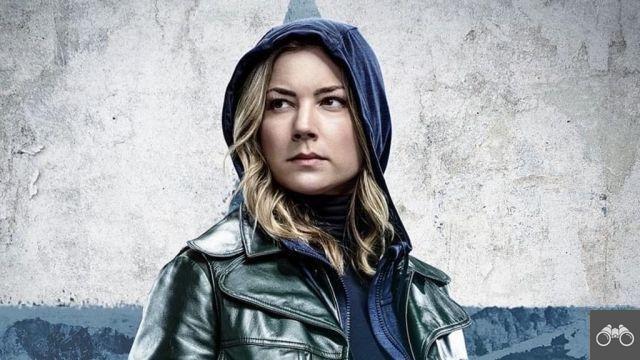 In the final episode of Marvel, we learn that it was Sharon Carter (Emily VanCamp) acting as Power Broker in Madripoor. While this was definitely an ongoing theory among fans throughout the series, it was still a surprise to see the former S.H.I.E.L.D. agent – ​​and close ally of Steve Rogers – go rogue. However, it also makes sense given everything she's been through.

After the events of Captain America: Civil War, Sharon was seen by the government as an enemy - as was a large part of the Avengers. And while the superhero team eventually regained its status in the MCU, Sharon wasn't so lucky. It was an easy story to tell for Falcon and Winter Soldier head writer Malcolm Spellman.

"It was a conversation with Marvel and it came from us really litigating what Sharon's life has been like since the Civil War," he told AllMyVidegames. “And I guess there was no way around it, you know? She was banned and banned by the government institutions she has always worked for.”

In following this path for Sharon, though, the show's creative team also had to discover the last few years of her life. “We started to wonder… was she just sitting in a room by herself doing nothing or was she making overtures to the Department of Homeland Security and the CIA and they were all berating her?” Spellman continued. “And we said they're probably going to scold her because [she hasn't] been seen around. That means they were probably going after her because of what she may or may not know between S.H.I.E.L.D. and whatever other things she's involved in. And so this woman was hunted down and forced to survive alone. Where else would she go with this? "

Now, however, Sharon is in an interesting position. All those who knew her true identity as Power Broker were eliminated. What's more, she was once again embraced by the government and got her old job back. This makes her a formidable enemy in the future.

What remains to be seen is when we will see more of that enemy. She could potentially resurface in, which will certainly deal more with the titular superhero and is expected to be written by Spellman.

All Falcon and Winter Soldier episodes are available on Disney+ now.