Who is Pablo Marcal? Courses, books, fortune and more 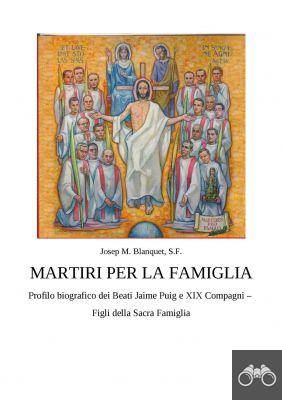 Who is Pablo Marcal? Courses, books, fortune and more

In this post, we are going to talk about Pablo Marçal, showing who he is, what his fortune is, books he wrote, courses he applies and many other facts about his life. One of the main Brazilian influencers at the time of writing this text, Pablo Marçal has a huge legion of fans who follow his work. Many know him through his materials published in physical or virtual books, the various courses he applies aimed at the personal improvement of his followers, the companies he manages or through social networks.

If you don't know or want to know more about Pablo Marçal, just check out the information we've separated about him below.

Learn more: Professional coaching: How do you know if you need one?

Who is Pablo Marcal?

According to information from the portal Quantos Anos, born in April 1987 and currently 34 years old, Pablo Marçal is originally from the state of Goiás, more specifically from Goiânia. For those of you who don't know, he is a writer, influencer, coach and serial entrepreneur who started out working as an employee at the former our country Telecom, now known as the Oi company, in his hometown.

After seven years in this type of service, he began his career as a business consultant, offering mentorships to football players and teams, large companies, etc. According to Pablo Marçal himself, he has led more than 5000 people and 70 different teams in his work at our country Telecom. For him, it was this experience that taught him the main points in practice to become a good entrepreneur and coach, being one of his main lessons and gifts in life.


Pablo Marçal is responsible for creating the IP Method, an immersive training that seeks to improve the emotional intelligence of those who use it, also causing brain unlocks. In addition, he is one of the biggest Brazilian names when it comes to digital marketing and digital branding.

In his personal life, he is married to Carol Marçal, who, in addition to being a wife, is also a partner in her husband's ventures over the years. Together, the couple had four children: Miguel, Lorenzo, Isabela and Benjamin. A curious fact is that Pablo Marçal is the creator of the first national reality show about digital prosperity, La Casa Digital, which was broadcast entirely online.

Learn more: Hotmart Cursos: how to watch your courses on the platform?

At the beginning of the year 2022, Pablo Marçal ended up getting involved in a controversial situation. The coach, along with a group of 60 people, climbed Pico do Marins, as part of his teaching, promising that they would have the “Codes that unlock minds” at the end of the journey.

The peak is one of the largest in the state of our city, having a great history of deaths and the reputation of having a complex trail. Due to the high risk, the guides in the region recommend that all trails in the practice of mountaineering in the place be done in dry periods of the year, more specifically between the months of April and August.

For going outside the indicated season, Marçal's group ends up being surprised by a heavy rain and intense winds, which came to flood and destroy tents. Before the event, almost half of the participants would have given up on the route due to fatigue and the bad weather conditions. The other 32 people who went to the end, needed to be rescued, according to information from the firefighters to the G1 portal, the operation took about nine hours.


In a broadcast on social media after what happened at the time, Pablo Marçal spoke about the case, minimizing the situation and stating that everyone went up of their own free will. In addition, he states that “if you don't take risks, you will hardly reach the top”.

What courses does Pablo Marçal offer?

Pablo Marçal also built his career and reputation by applying different courses in our country to his followers. Aimed at personal, mental and professional improvement, the courses aim to increasingly improve the lives of users and you can check it out in more detail in the courses tab of the Pablo Marçal Portal. However, below we will also talk a little about the main courses of the coach.

The Worst Year of Your Life

Aimed at people who have difficulties in finishing what they started, who want to open a company, have a better life, suffer from laziness and procrastination, want to set up their own business, learn a new language, etc.

The program works as follows: students will have 365 “Pills”, which are tasks that they must perform daily that challenge you to grow more and more. Daily, Pablo Marçal will also indicate content that can improve his students more and more, with a weekly reading and more than 52 books available. In addition to several other steps that make up the program with the coach.

Another course option presented by Pablo Marçal is Clube 459, which is more like a community that goes against the idea of ​​living in the face of life's circumstances, wanting to decide its own future. Also known as Titi, by being part of the community, you will not only be able to meet other people who think like you, but you will also have extra materials, in addition to Pablo Marçal's recordings.

By being part of Clube 459, you will have access to the following content: YouTube Lives about Saia do Caixão, recordings of the Saia do Caixão Day event, 459 lives on YouTube, Pay-Per-View events, lives of The internet codes , express course: How to overcome a crisis, express course: How to monetize your Instagram, Express course: 100 ways to raise money to buy anything you want, Complete Course: A Base de Tudo (with Pablo and Carol Marçal), MENTORIES: La Casa Digital, EPISODES and PLANS: La Casa Digital, 10 digital books published by Pablo Marçal and several other pay-per-views.

In addition to the two courses mentioned, Pablo Marçal also has the course “Série A Base de Tudo”, which is currently disabled. In addition to “The Worst Year of Your Life”, other coach course launches for the future include: Unlocking the Million Mentorship, Hate Poverty, NerworkPro and Get Out of the Coffin.

Learn more: How to learn to program? 133 free courses to get started

Pablo Marçal has 14 books published, whether physical works or ebooks, below, we separate some of the main productions written by the coach, but you can find other books in addition to those mentioned below, especially in the entrepreneur's digital store.

One of Pablo Marçal's most popular books is called "Antimedo", released in January 2022. In the work, Pablo talks about how fear brings disastrous consequences to our life, where it is able to prevent waves of prosperity. The main objective of the work is to show that we are not doomed to live trapped in fear.

In Antimedo, Pablo Marçal claims to have the formula to get rid of fear, presenting insights that serve to wake up and stimulate reflection, resignifying and helping to overcome the beliefs that limit life. The book also presents practical exercises that can make the user activate emotional unlocking and get where they never thought possible. You can find the material on Amazon, accompanied by a special cover and bookmark.

The Art of War – Commented Edition by Pablo Marçal

One of the foremost and most popular strategy books ever made, if not the greatest, is The Art of War, written by Sun Tzu and set over 2.500 years. According to experts and historians, this material was responsible for inspiring great names in history, such as Machiavelli, Napoleon, Mao Tse Tung and several others.

Today, the work's teachings are used in the world of business, politics, sports, psychology, personal behavior and even diplomacy. Throughout 13 chapters in this new September 2022 issue, Pablo Marçal reveals and unlocks the codes of the famous work of strategy from his point of view. Also available on Amazon with bookmark and special cover.

The Prosperity Mindset Codes is another one of Pablo Marçal's books, available on Amazon, being the classic cover version with blocking. The book seeks to show the reader that prosperity is much more than just money, it is also linked to your growth as a human being. The book's narrative is focused on trying to make the reader get out of his comfort zone and run after the much-loved prosperity.

In addition to prosperity, Marçal also addresses topics such as emotional intelligence and encourages us to plant the seeds so that success, in all aspects of life, can be harvested in the future. This book is best suited for those who feel trapped and cannot develop enough courage to grow in life, in every way.

worst year of your life

Titled with the same title as one of the main courses applied by Pablo Marçal, the book, written by him, is available on Amazon in its deluxe edition. In the work, Pablo Marçal says that a transformation as a person and in your life will only happen when you leave behind what is already working.

Invest everything you have, whether natural or artificial resources, in war, no matter if it's tears, sweat, fat or blood, put your all into the change and transformation you crave. If you do this in a dedicated way, you can step out of the average life and reach your fullest potential.

Pablo Marçal also released the book “The Unlocking of Emotional Intelligence”, which can be purchased on Amazon in its deluxe edition. As described on the platform, this book is intended for men and women who want to take control of their own lives.

If your life isn't the best and you can't control your emotions, don't do well in arguments, fights and everything else, this book can help you deal with these problems. In this way, you can become a better and more efficient person, whether at home with your family, in business, to solve problems, with friends and with yourself, and you can even start to have a greater financial income.

Learn more: Monetize: what it is, how it works and 5 platform features

The companies of Pablo Marçal

According to information from Pablo Marçal's own Linkedin account, his companies are treated as projects, they are: Resort Digital, La Casa Digital and Method IP. The latter works with mental tools, immersion in emotional intelligence, purpose clarification, neurolinguistic reprogramming, brain unlocking and identity activation.

The social networks of Pablo Marçal

If you want to follow the work of Pablo Marçal on the internet, you can do so through his social networks, which are:

Learn more: What is Hotmart, how does it work and 7 platform features

Who are the most followed people on social media? ❯

add a comment of Who is Pablo Marcal? Courses, books, fortune and more