What is metaverse? Find out what the future of the internet could be

Author and references
What is metaverse? Find out what the future of the internet could be

Do you know what the metaverse is and how it can revolutionize and be the future of the internet? Before we explain you about it, we need to understand more about how the subject came to light. The company Facebook decided to change its name to “Meta”, precisely because of the metaverse concept, and so much began to be talked about with the new name.

Many consider the metaverse to be the next chapter of technology, more specifically, the next chapter of the internet. But what is a metaverse anyway? This is a 3D virtual space that can also be considered a virtual environment, where people can perform any activity. This concept promises to bring a new evolution to human communication, being a kind of internet revolution with a company like Meta.

To help you understand in more detail what the metaverse is, below we have separated the main topics related to the subject.

Metaverse what does it mean? 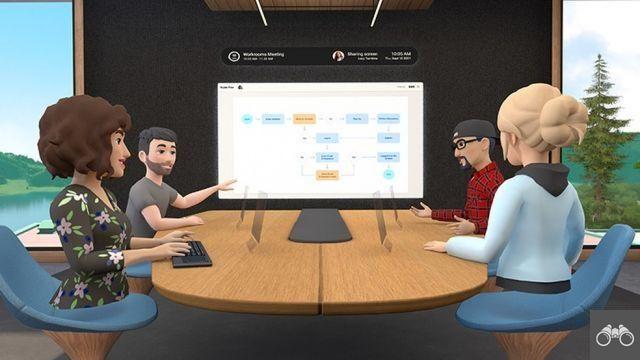 As said before, the metaverse is a virtual world that allows people to interact with each other and perform various other activities, but what will that be like? The entire process will be done through avatars, which represent each one in the metaverse. Several technologies will be used and merged to create this virtual space, such as social networks, augmented reality, cryptocurrencies and several others.

Initially, the idea of ​​what is metaverse is intended to be a kind of 3D internet, where business, entertainment and communication will be existing and being accessed in an interoperable and completely immersive way.

Although we can describe this virtual world, the biggest difficulty so far is that it is practically a concept, not yet existing. However, not only Meta, formerly Facebook, but also several other giants in the technological field are investing heavily so that, in a short time, this scenario will change.

The concept of what the metaverse is, also known as the “metaverse” in English, first emerged in 1992, in the science fiction book “Snow Crash” and written by Neal Stephenson. In the plot, people use the metaverse to escape a diatopic reality.

Learn more: Does Facebook plan to change its name? What is known about the new network shift

What is possible to do with metaverse and how does it work? 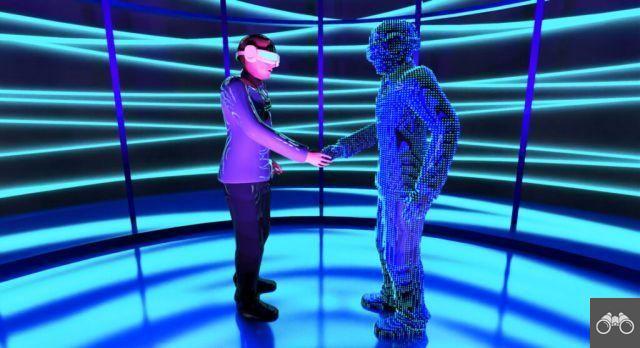 Now that you know what a metaverse is, we are going to explain how it will be possible to create it and how it will work. Virtually every aspect of the real world will be able to be recreated in the metaverse, and in the same statement on the change of name from Facebook to Meta, Mark Zuckerberg, owner of the company, talked a little about what will be possible to do in the virtual world.

According to him, the user will be able to do almost anything their imagination allows, such as working, meeting with family or friends, playing, studying, playing, shopping, creating, participating in sports, checking the news and many other things in this virtual universe.


Furthermore, completely new experiences will also be a possibility, experiences that we currently don't see as possible to fit into our thinking about phones and computers.

We can give an example of how it would work considering that companies like Roblox and Microsoft are also in this race for the metaverse. Assuming that you will have an avatar representing him in the metaverse, he will be able to go to the cinema in the virtual world and then buy a book in the virtual bookstore.

Both your entry to the cinema, the value of the book, bus ticket, etc., will be paid through cryptocurrencies. After that, you will be able to access the Roblox platform and lend your digital book as a favor to your friend, just like in the real world, but all done virtually in the metaverse.

However, it must be borne in mind that this will only be possible if all platforms are compatible. After your movie tickets, tickets, books and more made their way from Facebook to Roblox, they would go to Microsoft Teams where they would be stored and then to WhatsApp.

Revealing the information exclusively to TechTudo, the vice president of Meta, Andrew Bosworth, confirmed that WhatsApp is already on the path to the metaverse, and a 3D version of the messenger is under development, so the user would not have to leave. from the metaverse to check a WhatsApp message on the cell phone, and everything would be interconnected.


Is the metaverse the same as virtual reality? 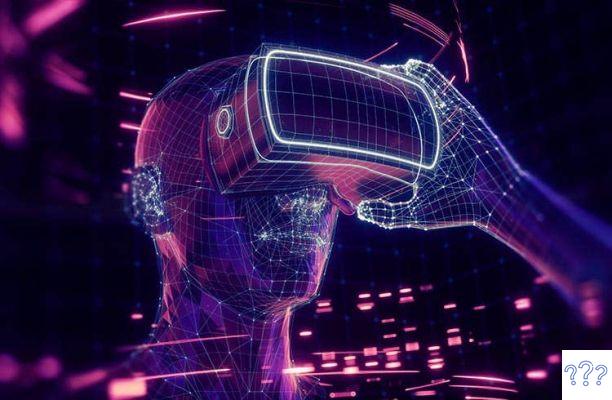 A question that many had when they learned what a metaverse is is whether it would be the same thing as a virtual reality (VR), and the answer to that question is no. Virtual reality is composed of a computational system that has the ability to create completely virtual environments that can deceive human senses, such as touch, vision and hearing. Thus, the user ends up being able to have a complete immersion in this virtual world through VR.

Although VR technology is one of the main and most important part of the metaverse, as it will ensure the user transport to this digital world, it will not be the same. The main difference is in the use of different technologies to build that virtual world, such as cryptocurrencies and NFTs.

Furthermore, it is important to point out, going further than knowing what the metaverse is, that access to this 3D virtual world would be done through special glasses, similar to virtual reality glasses, and bracelets that would capture the movement of the hand. . This material is still under development and would serve to give the user the feeling of actually being inside the internet.

What is the relationship between metaverse and NFTs?

For those who don't know, NFTs is a type of token that was based on blockchain, and its main function is to prove the properties of digital items. Also called Non-fungible Token, in English, in free translation into Portuguese the name would be “Non-fungible Token”. The name is derived from the fact that these tokens serve as a certificate of originality and exclusivity for virtual objects.

Currently, the greatest knowledge of NFTs is in the purchase of virtual art, but the technology is much broader than that. Non-fungible Tokens can also have the function of offering users of different platforms controlled access, such as a key to enter and transit the virtual world that would be formed by the metaverse.

We can see how promising this token is in current blockchain-based games, which use NFTs more frequently. In some games, the player can buy real estate from other players and create a world of their own by purchasing non-fungible tokens. In the metaverse, they may have the same function and even more, depending on the platforms.

Can the metaverse be considered a type of internet? Will the internet be replaced?

Knowing what the metaverse is does not mean you will have access to it anytime soon, this is just a project in the early stages, so everything that is said about it is nothing more than projections for the future made by tech giants aiming at the next ones. years old. Because of this, it is not possible to say anything, but the future of the internet is being disputed by these companies and in the future it may be very different.

What most of those involved reach a consensus is that the metaverse will not serve as a substitute for the internet, but a complement, being able to be accessed by cell phones, computers and even video games, not only by virtual reality equipment.

As said before, the functioning of the metaverse can be quite varied, some professionals see it as a very promising option for entertainment, such as watching movies, series and playing video games. Others see the possibility of more extensive alternatives, being able to test-drive cars, work, meetings, presentations, etc.

We see that the metaverse is Facebook's top priority for the future when the name chosen in the rebranding is "Meta", moreover, previously the company itself invested US$ 50.000.000 in the metaverse project, which is equivalent to R$ 277.000.000 .XNUMX, which would be for use in the next two years of the metaverse.

However, Meta is not exclusively working on the metaverse, and companies like Microsoft are also firmly on the project, starting with the arrival of 3D avatars that can be used in Microsoft Teams. These avatars are part of the Mesh feature, which brings a number of augmented reality features for work environments to Teams. The company plans to increase resources, reach and productivity tools in the future.

We can see the interest of the company Meta in this new virtual world in the new equipment and services that have been launched, such as the smart glasses that give direct access to Facebook and allow to perform some functions, the Ray-Ban Stories. We also have the application from the company Horizon Worlds, which allows the user to use a quest glasses to access a three-dimensional version of Facebook with their Avatar.

Another company that is also working on the metaverse is The Sandbox, which has its operation focused on an environment where creators can monetize blockchain gaming experience and voxel assets. In a bold way, the company wants the metaverse to be available on its homepage.

Other technology giants that you should know and that are also actively working in the metaverse are: Amazon, Nvidia, Unity, Epic Games, Roblox and Decentraland. In this new phase that will come with the metaverse, 5G and even 6G internet will be indispensable, so some companies are also working to improve the internet even more.

Is it even possible for the metaverse to become reality?

We cannot say with 100% certainty that the metaverse will actually become a reality, as this will depend on the change of various technological aspects that support this entire digital world, including an internet that has low latency and is ultra-fast, which we cannot rely on 4G.

Although the current internet allows connection anywhere, it would not be able to handle the flow of data and information from numerous augmented reality platforms acting simultaneously, which would happen in the metaverse.

But the challenges for this virtual world to really happen don't stop there, as another necessary point is that different companies need to work together to ensure compatible and interchangeable platforms. If companies offer the services but with restrictions on experiences and items, the broad and total metaverse as imagined will never be possible and we wouldn't have a virtual experience that would be shared by all.

In addition, we still have the questions related to ethics and privacy, since the company Facebook itself, now Meta, is or was involved in several situations of privacy scandal. Thus, the question that remains is whether the company, and other companies working in the metaverse, would be able to maintain data security for all its users.

Learn more: Facebook Business Suite: what is it and how to use it?

add a comment of What is metaverse? Find out what the future of the internet could be