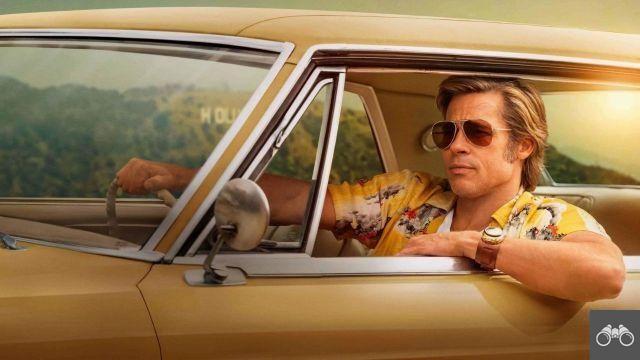 One of the mysteries of Quentin Tarantino's Once Upon a Time in Hollywood is whether Brad Pitt's character Cliff Booth killed his wife. The novelization of the film is now available and confirms what really happened. Keep reading if you want to know.

According to Collider, the book confirms that Booth did indeed shoot and kill his wife, Billie, with the shark gun, as alluded to in the film in a flashback scene on a boat. The book confirms in terrible detail how this happened. The spear “hit her just below the navel, splitting her in half, both pieces hitting the deck of the boat with a splash.”

In the film, we see Booth pointing the spear gun at Billie, but the scene ends before anything happens, leaving it to the viewer's imagination what actually happened. But the book makes it clear that Booth is a cold-blooded killer.

After Booth murdered his wife, he had a revelation. "The moment he saw her torn in two... years of ill will and resentment evaporated in an instant," reads a line from the book.

Booth then tries to save his wife by holding her two fractured body parts together, and this works for seven hours as they talk and discuss their differences. A rescue team finally arrives at the boat and that's when the woman dies.

Booth covers his tracks and gets away with the murder, but the book explains how he "felt really bad about what he did to Billie".

"As much regret and remorse as he felt, it never occurred to him not to try to get away with murder," according to the book.

Once Upon a Time in Hollywood: The Romance Is Now Available. In other news, Tarantino recently revealed that he considered remaking Reservoir Dogs as his last film before retiring, but ultimately backed out.

Watch live streams, videos and more from the AllMyVidegames summer event. check out