Zombie games have always been very successful since the golden age of survival horrors. which happened in the late 90's. Franchisees like Resident Evil and Silent Hill had the scares of gamers, as they created a great bond with them. This love for zombies is still enshrined today with the return of these franchises.

But some games also take strong inspirations from both games and movies, and World War Z is one of those games, which has brought together the best in this beloved genre. Of course, we're talking about cooperative multiplayer, but the terror is there.

This new version enhances the experience of the base game, in which we have all the content of the edition of the year plus the new content. Those who own the base edition will be able to upgrade at a discount, otherwise they will have to buy this version at full price.

Does World WarZ: Aftermath Is it worth the investment or was this “new version” not necessary? Find out in our review below.

World WarZ: Aftermath has news in relation to its maps, with the inclusion of the city of Rome and the Kamchatka peninsula, in Russia. Each map has three chapters, with new stories to tell, as well as new dangers.

Starting with the iconic city of Rome, which has beautiful streets and the legendary Colosseum. It was very interesting to walk through a city with several known elements, of course the base game already had very popular cities, but Rome really is an incredible city and it culminates in jaw-dropping moments, especially when it puts one of the biggest hordes in the game, offering a great sense of danger. 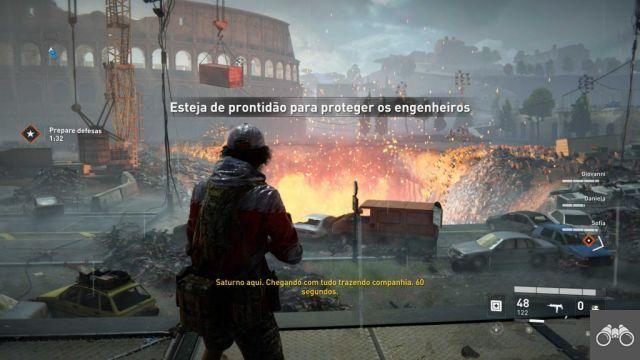 On the other hand, the Kamchatka peninsula, in icy Russia, has a very different dynamic, with areas of such low temperatures that the player must warm up by turning on some generators, otherwise he will die of cold. This new danger, combined with the battle against zombies, makes the player have a lot more problems.

Both locations use and abuse some parts of combat with hordes of enemies, which fill the screen and are taken to a central point, in which we have an exquisite fight.

The story of these chapters is more mature, with something that really makes sense for everything that would happen in a world war against zombies.

One of the most outstanding innovations in World WarZ: Aftermath is the inclusion of the first-person camera. This feature allows you to have an even greater immersion in combat against zombies. The camera was well developed, with different animations for the weapons, creating an atmosphere that we are really playing something different than what we were used to. However, there are no first-person combat animations and item activations, keeping the animations in third-person perspective, something that doesn't bother me, but that caught my attention.

Remembering that the first-person camera is optional and can be activated in the pause menu during the game. 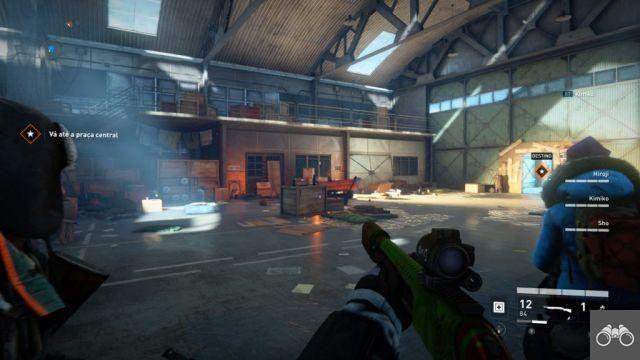 The first-person view is one of the main new features.

Another interesting novelty included in Aftermath is the plague of rats, which is a type of enemy that did not exist in the base game, but is now present to disrupt players' lives. If you can't scare them away with a powerful weapon, they'll come at the player in a bunch, getting in the way of our mission.

World WarZ: Aftermath also includes a new class called Vanguard, which has an electrical shield to eliminate hordes in our path. Class skills help in the defense of the player and his group, so it's a good option to have in your team formation.

One of the great promises of improvements for World WarZ: Aftermath was that its engine would be improved, with an even more advanced version. This aspect was really taken care of with mastery. In addition to increasing the number of enemies on the screen, especially in the new chapters, the new swarm engine brings impact physics, which really makes a difference when hitting enemies, with pieces of bodies falling everywhere. 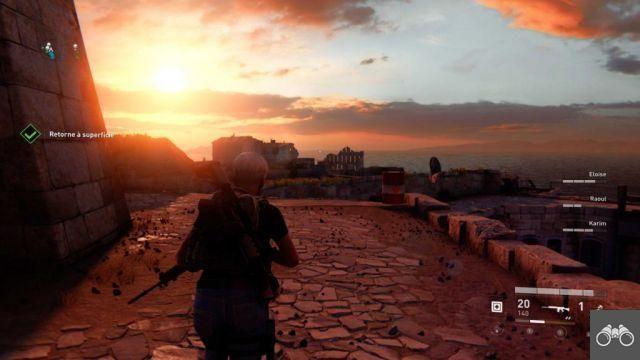 Get ready to fight a lot of zombies.

Another very strong aspect of the engine is its graphics, which are even more beautiful, with great lighting effects and even more realistic textures. At times in Rome the sun is intense, offering a great contrast to all the destruction. Characters now have a more realistic design, with more natural features.

The chapters released in the base version have also been reworked with technical improvements that make a big difference for those who played the first version.

World WarZ: Aftermath It has Portuguese subtitles from our country, something that didn't exist in the launch of the first game. In this way, the player will be able to understand the stories of the characters and the locations.

World WarZ: Aftermath improves on everything good that was done in the base game released in 2022. The addition of new chapters guarantees more hours of fun, as well as bringing different experiences with the addition of a zombie-infested Rome and the new region of Russia, which places the players in even greater danger with the low temperature mechanic.

The news was very welcome, with the inclusion of the first-person camera, which can win over an audience that enjoys FPS games, in addition, of course, to offer a new perspective on combat. The inclusion of the plague of rats was interesting to bring in a new enemy, but don't expect it to be something that threatening. Finally, we have the new Vanguard class, with abilities that explore player defense and group strengthening.

World WarZ: Aftermath also boosted its engine with an improved version, and it really made a big difference both in the graphics that are even more beautiful, and in the physics that cause a greater sense of damage to enemies.

World WarZ: Aftermath It is recommended both for those who have never played the franchise, and for those who really enjoyed the 2022 version and wish to have more of that world.

* Make sure this is the current price before making the purchase. Values ​​may vary.