Review: I am Alive

I always wanted to test this game and now with the opportunity to play Free at Games With Gold, I started playing and enjoyed it a bit. What is most frustrating is seeing I am Alive had the potential to be a game AAA triple, and it was even considered at first, but the numerous delays and some decisions by the Ubisoft ended up placing the game in the Arcade category, which currently gained the new name of Indie game. 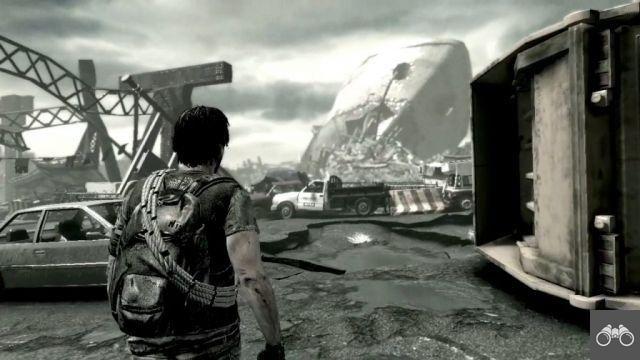 Analyzing a game after so long released and a generation that has passed is a task that has to be carried out carefully, as we have to consider the game at the time it was released and not now, otherwise it would be an injustice. After the warning, let's go to the analysis,

the game of I am Alive starts with the protagonist looking for his family, who after the initial events of the game (which are not explained much) are missing, the only fact explained is that there were some environmental disasters, such as large earthquakes that almost completely devastated the world. Our protagonist was in another part of the coast, when he arrives he finds the city with everything devastated and survivors fighting for food, water and medicine.

The story unfolds in this search for the family, but things change and we also need to survive the hostile environment and help some secondary characters. The plot is somewhat shallow and there are not many twists, it follows in a linear way, the secondary characters do not have much charisma and end up only serving to complete the plot. The cutscenes are shown in the passage of the phases through the camera that the character carries, he does this to be able to record each moment and leave recorded what happened.

The ending is also something that satisfies what the game proposes, closing the narrative of I am Alive and making it clear that there would not be a sequel. 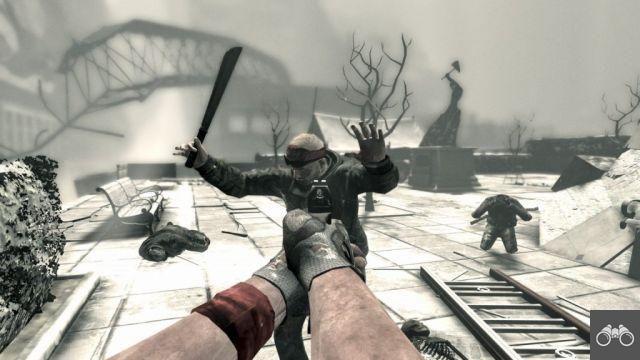 The gameplay of I am Alive é in Third Person, the basic one without cover. You should look for supplies for both your health how much for the bunting that are consumed when running or climbing buildings and most of the game is about that, climbing structures in order to advance through the destroyed city. Some survivors ended up being hostile and for that you already start with a pistol and a machete, but we are usually without bullets or with only one bullet, for that you must bluff, pointing the weapon at the opponent, if the guy is armed it is something that it shouldn't be done, you have to have a bullet to eliminate it, but the others who are armed with a machete just point the gun and make a surprise elimination with the machete, we can also kick them off cliffs. As you progress through the game's story, you gain a Archery, with it we can hit the enemies and recover the arrow in their body, saving the ammunition that is very scarce. Later on, as you advance a lot in the game, you get a rope with a hook which looks like what we saw in Lara Croft's games, you can swing to reach farther places, but only at certain specific points on the map, this provides a new possibility for exploration.

The aim of the weapons is in first person and automatic, with the option of being manual, because some enemies have armor and to kill them we need to hit the head or some weak point.

This is a weakness of I am Alive, because it is something monotomous too much, even if it's trying to convey the feeling of emptiness that the world has become. The sound of weapons is also something that does not stand out. The game lacks sound effects, which are rarely used, even when there are earthquakes we don't have the feeling that the danger is in the environment, there are even some moments when the earth shakes, the constructions could change and make some noise of destruction, at most it's a pipe that breaks or a piece of window that comes loose. a noise. There was a lack of polish on this part. 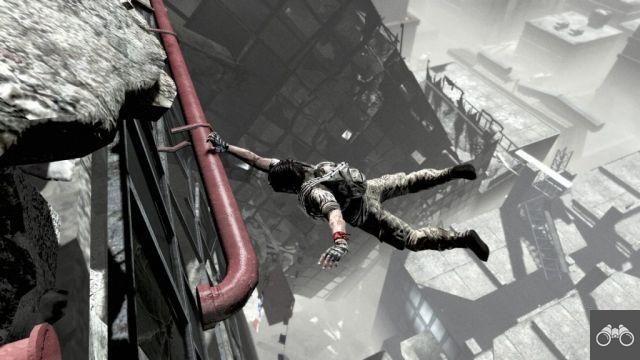 The graphics are low quality and with low quality textures, but as it is an Indie game it is somewhat forgivable. The destroyed scenery and the dust that makes the city even more hostile, as there are parts that are impossible to stay alive for a long time with this dust causing respiratory diseases in some inhabitants, are very well developed and work well. I am Alive it is heavily crafted in black and white palettes, and with blur effects to give an end-times feel. I believe that if the game had more investment, these aspects would have received special treatment.

For a game that turned into a Arcade 360, it's fun, it's interesting, it's good to play. I was under the impression that there was always something missing, that it could have been better, it's like an idea for a franchise that could have been a success, but I don't know why Ubisoft decided to make it a low-budget game. For those who like the Survivor and adventure theme, it's a good choice if it's on sale, after all it's on backwards compatibility Xbox One and this month it's on Games With Gold, which for me was the best game of that weak month of October.