InterCel: How does the Inter bank cell phone operator work?

Author and references
InterCel: How does the Inter bank cell phone operator work?

If you have always used the traditional companies of telephone operators, but you are not satisfied with the service received, it can be a good alternative to test new possibilities of activities that also provide telecommunication work. And one path that can be followed is with Intercel.

In this post you will see how Inter Cel's services work, the values ​​of the plans, the coverage area, the benefits, how to subscribe to a data package, the means of contact with the company, and even understand the disagreement that occurred with the Banco Inter and the former partner of the financial institution in this field of telecommunications.

Inter Cel is the telecommunications operator for cell phones that belongs to Banco Inter. Here, the MVNO service (Mobile Virtual Network Operator) is used. This means that it is a virtual mobile network service that has acquired the right to use a portion of the infrastructure offered by one or more telecommunications companies that use towers and antennas.

In this way, a company that operates in MVNOs does not need to make large investments in towers or antennas, that is, it is only responsible for the commercialization of services, billing of the offers provided and service to the people who hire the service.

In the case of InterCel, it uses Vivo's antennas and towers to send signals to the cell phones of customers who have subscribed to a package from the operator of Banco Inter. But before signing the partnership with Vivo, the financial institution used Surf Telecom's infrastructure, however, there was a disagreement between the company and the bank, as you can see below.

Learn more: Wallpapers for mobile: where to find the coolest ones for free?

The first time that Banco Inter launched the virtual mobile operator service was in 2022, and since then it has even changed the name of the service a little, previously called Intercel and now Inter Cel.

Therefore, in the live presentation, it was said that Intercel, which used Surf Telecom's infrastructure, did not meet the financial institution's expectations. Then, it was admitted that they took a risk and reported that mistakes are part of the brand evolution process.

The imbroglio started when the financial institution started selling Intercel packages in May 2022. But when it was in July of the same year, a big mistake occurred at Surf Telecom, the chip signal of all partner virtual operator companies had dropped. This flaw remained for a few days, which damaged Intercel's image.

After a few weeks of this situation, information came out on the internet that the problem occurred because of a disagreement that involved the partners of Surf Telecom. The operator claims that Plintron Holding, which is also a supplier, stopped the system of providing services to customers without having made any kind of communication or having given an acceptable justification.

Therefore, according to the Telecommunications, Internet and ICTs Portal (TeleSíntese) the Public Ministry opened a complaint against Plintron in our country, for illegally cutting connections.

After a few days of the problem, the signal returned to normal, but even so, shortly after the situation was resolved, the financial institution stopped selling Intercel's chips. Thus, it was only in January 2022 that the bank announced that it had entered into a partnership to launch a new virtual operator, which would now be Vivo replacing Surf Telecom.

Because of this imbroglio, Banco Inter decided to start over. This is how the new Inter Cel was born, which promised to offer a broader service and with more advantages for its customers, such as better service, functions in the app with specific services for Inter Cel and plans thinking the best for the consumer

In this new phase of Inter Cel, Banco Inter formed a partnership with Vivo, which, according to the financial institution, has the largest mobile internet coverage in the country. And it is because of this that the bank is able to offer its services to the majority of our country's population, as will be seen later.

Understanding all this controversy, see below all the plans of inter Cel

How much does it cost and what are the InterCel plans?

It is worth mentioning that to migrate to Inter Cel it is mandatory to have a digital account at Banco Inter, and the amount of the first installment is debited from your balance and the chip will be sent to the customer's home

With this warning in mind, Inter Cel's prepaid packages are priced from R$25 to R$75 with a 10% cashback every time a monthly subscription is renewed. See the benefits and value of each of the updated plans:

It is also worth mentioning that those who subscribe to the 8 GB or 13 GB packages will also receive two months of the Duo Gourmet service, a tool that offers discounts in some restaurants in 13 cities in our country, which are: Belo Horizonte, our city, Campinas (SP), Curitiba, Florianópolis (SC), Fortaleza, Maceió, Recife, Ribeirão Preto (SP), Rio de Janeiro, Salvador, São José do Rio Preto (SP) and our city.

In addition, all packages provide unlimited access to the Inter app and also to WhatsApp, to send and receive messages, audios, images and videos, but it is not possible to make video calls without spending franchise data. In the 8 GB and 13 GB plans, customers can use the Waze and Moovit apps without having to spend the monthly fee.

Still on the consumption of data allowances, another benefit is that the balance of data and calls can be accumulated for the following month, as long as the customer renews the plan up to one day after the end of the previous period's package. And if your monthly allowance runs out, there is the possibility of buying an extra package with 1,2 GB of internet, worth R$ 12 and valid for seven days.

Learn more: Do not disturb me: how to register and block calls

The person who already uses any operator and wants to port his cell phone number to one of Inter Cel's plans will receive a bonus of 2 GB of data package, credited for 12 months in the face of the monthly renewal, but Vivo or its virtual mobile operators cannot participate in this benefit.

It is worth mentioning that all packages are Prepaid, if the customer wishes, the renewal can be carried out automatically, through a monthly debit with the money that is in your account.

And because it is a digital institution, all possible problems or any other matter must be solved over the internet or by phone, without having to leave the house. For example, subscription to any plan is carried out through the Banco Inter app for mobile devices, as will be explained a little later in this content.

When subscribing to one of the plans, the customer will receive a chip at their home for free, but if the person's device has eSIM technology, the package can be activated by QR Code, through the application. By way of explanation, the eSIM can be characterized as a kind of chip that is already embedded in cell phones that can have the information rewritten.

Remembering that the chip may be charged if it is necessary to request a duplicate, for any reason, even if the customer has been a victim of theft.

Inter Cel self-propaganda claims that it has the largest coverage area in our country. The company says it is present in 4,6 cities in our country, in all states, plus the Federal District. Thus, this coverage size reaches more than 80% of the country's municipalities, which has 5.570 in total, according to the IBGE. Anyway, if you want to check if your region is covered by the Inter Cel service, just access this site.

How to subscribe to one of the InterCel plans?

The purchase of any plan must be made directly in the application for mobile devices with the Android or IOS system. In this way, with the app already downloaded and your digital account already created, the first step to hire an Inter Cel plan is to access the “Inter Shop” option on the main menu of the platform, then choose the “Inter Cel” alternative, take a look at the plans and sign the package. 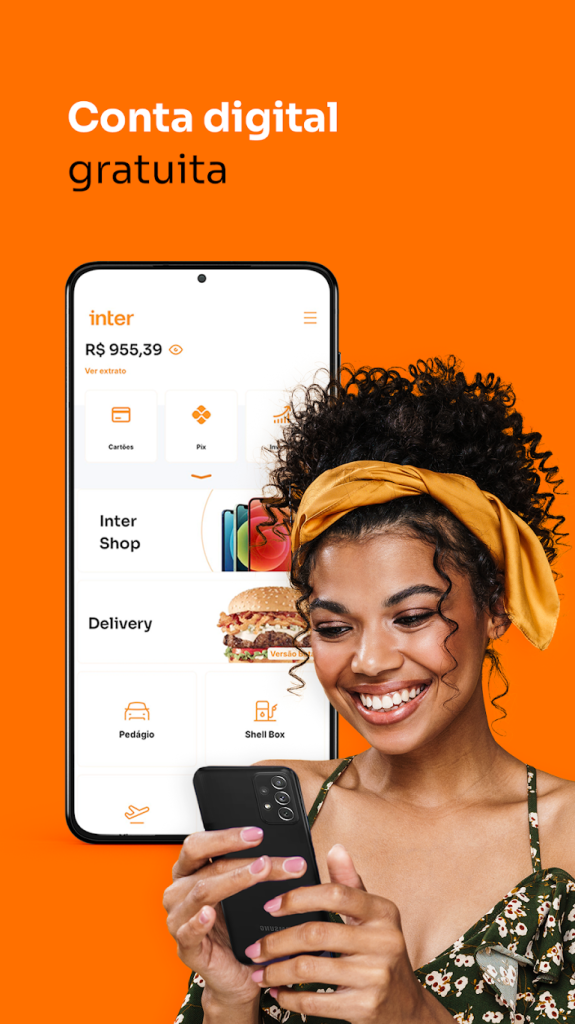 Remembering that the chip you will receive needs to be unlocked and activated in order to be used. And, according to the Bank, all the amount you pay when joining will be transformed into advantages of the chosen package, that is, there is no charge for the purchase of the chip.

You can still change your plan at any time through the app, going to the “Change Plan” option. To renew your package, if the current plan has expired, you just need to go to the “Renew Plan” option in the main menu of your Inter Cel.

Please note that when purchasing a new package, while the current plan is in effect, the benefits of both will be accumulated. In this way, all packages are valid for 30 days, starting to be contacted from the day of purchase. This means that in this case the client will have two active packages with different validity. In the Inter Cel part of the app, you can see the last purchased plan.

If you have any questions or problems, the first step you need to take is to access the Help Center. This page contains several texts clarifying possible questions that customers may have.

There is still the possibility of talking to Babi, Banco Inter's artificial intelligence (AI), by accessing the financial institution's application. This type of service is available 24 hours a day.

Audio Video InterCel: How does the Inter bank cell phone operator work?
Internet Banking Caixa: how to access and use it? ❯

add a comment of InterCel: How does the Inter bank cell phone operator work?