How to Watch Netflix on Nintendo Switch 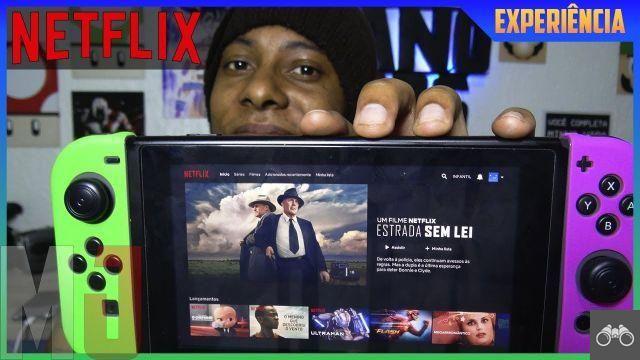 The Nintendo Switch has been on the market for over four years now, it already has two models and a third on the way (Switch OLED), but it's still lacking in the home media department. Surprisingly, the Switch is missing out on the most ubiquitous streaming service: Netflix. Nintendo never commented on the omission, despite hosting apps for Hulu, Funimation and YouTube on the eShop. And with the departure of Netflix from the Wii U and 3DS, Netflix is ​​not compatible with any Nintendo consoles – at least not officially. If you're set on watching Netflix on Nintendo Switch, you can still do so with a workaround. Here are the steps you need to follow to watch Netflix on Nintendo Switch.

Disclaimer: To get Netflix on your Nintendo Switch, you need to install unofficial software, which comes with risks such as locking your system or being banned from online services by Nintendo. Also, this method will not work for all Switch users, including those who have a Switch Lite.

How to Watch Netflix on Nintendo Switch

The only way to make Netflix run on Nintendo Switch is to add the Android OS to your Switch. With the Android OS, you'll have access to the Google Play Store, which obviously opens the door to installing Netflix as well as Android games and other apps.

However, there are several things to consider before doing this. First of all, you are hacking your switch by adding Android 10. By doing this, you expose yourself to several risks, including making your switch completely inoperable if you make a mistake. Nintendo also has a tendency to ban users from online services if they find out you've hacked into their Switch. That would mean you would lose access to online multiplayer and the Switch eShop.

Before you even start installing Android on Switch, you need to find out if your Nintendo Switch can be hacked. You can check your serial number on this website to see if it is possible. Many Nintendo Switch consoles and all Nintendo Switch Lites are invulnerable to exploits at this time. If your switch cannot be hacked, watching Netflix on it is simply not possible at the moment.

If you're okay with the risks and your switch could be hacked, you can follow the installation steps outlined in this XDA Developers forum post. It's not an incredibly complicated process, but you do need to be a little tech-savvy to do it. You'll also need a high-speed microSD card with at least 16GB of storage, as well as a USB-C cable to connect from the switch to the PC.

Once you install Android on Nintendo Switch, you will effectively turn your console into an Android tablet. That said, you can still boot the console with the original OS to play Switch games. When booted into Android mode, however, you have access to the Google Play Store. You will be able to install Netflix as well as other Android apps.


While it would obviously be great if the switch supported Netflix natively, tinkerers who are okay with the risks can turn their switch into an Android device capable of running Netflix and more. The much more is what makes running Android on the Switch such an interesting undertaking. It opens up the possibility to play a vast library of different games, from native Android titles to PC games via Steam Link streaming. You can also use Switch for web browsing, email and productivity with Android installed.

How to Enable and Disable Chrome Notifications on Mobile and PC ❯

add a comment of How to Watch Netflix on Nintendo Switch