How to watch Mortal Kombat on HBO Max 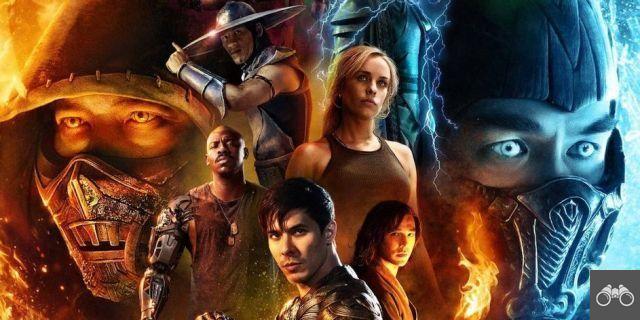 Bodies will fall to the ground once more as Mortal Kombat hits theaters and HBO Max on the same day, April 23, but if you're not ready to get outdoors again, streaming should be pretty easy. See how and when to watch iconic fighters set each other on fire and more, once again.

How to watch Mortal Kombat on HBO Max

Mortal Kombat will stream exclusively on HBO Max once it launches. As with Warner Bros. ' other 2022 theatrical releases, the film will be available for 31 days from when it enters the streaming service. When Mortal Kombat is ready, you can watch the kombatants battle using the HBO Max app. The app is available on Amazon Fire TV, Apple TV, Chromecast, Roku, mobile devices, most smart TVs, and video game consoles such as PlayStation 4, PlayStation 5, Xbox One, and Xbox Series X.

HBO Max costs $15 a month, the same price as regular HBO and $3 less than a premium Netflix subscription. For that price, you get ad-free access to all HBO Max content.

The best original series and movie selection for $15/month

If you're outside of the US, though, you'll have to look elsewhere, as HBO Max is only available in the US. To watch Mortal Kombat internationally, you'll need to rent or buy the movie through services like Amazon Prime Video, YouTube, or even iTunes.

When can you watch Mortal Kombat on HBO Max?

Mortal Kombat premieres on HBO Max on April 23 at 0:01 am PST / 3:01 am ET, just like Justice League did when it launched last month. Now, when Mortal Kombat drops, you'll have until May 24 to watch it before HBO Max loses its exclusive rights to it.


What do we know about Mortal Kombat?

While it hasn't been officially reviewed by critics, the fan response has been tremendous from what we've seen so far. The first trailer for the film came out in February, showing the bloody deaths that the Mortal Kombat franchise has become famous for, or perhaps infamous for. This is the first live-action Mortal Kombat movie in over 20 years (if you're not counting the fan movie with Michael Jai White) and it features a new character named Cole Young, played by Lewis Tan.


The rest of the movie is filled to the brim with MK favorites like Sub-Zero, Scorpion, Kano, Raiden, Sonya Blade, Liu Kang, Shang Tsung, and from the trailers it looks like Kung Lao too. It will be director Simon McQuoid's first feature film.

How to Watch Netflix on Nintendo Switch ❯