How to open a Madero franchise?

Author and references
How to open a Madero franchise?

One of the main restaurants on the market, Madero stands out especially for its hamburger, with the slogan “the best hamburger in the world”.

Thus, the reputation of the business only went up and up and it was to be expected that more people would want to be part of the team. With that in mind, a question remains: How to open a Madero franchise?

Before answering this question, it is better to know more about Madero restaurant. The network started its activities in 2005 in the city of Curitiba, having been on the market for almost 20 years.

Shortly after debuting on the market and gaining more and more fame and praise, the company opened the opportunity for new stores to join the team through its Madero Franchise.

As Madero is an already consolidated business specializing in snacks, especially hamburgers, many want to invest in this chain.

Learn More: How to open a Gula franchise?

How does a Madero franchise work?

Junior Durski, the owner of the Madero brand, saw an opportunity to start a franchise some time after opening the first store in Curitiba.

This expansion was also one of the ways for the Madero restaurant to reach new locations, not just limited to Curitiba.

Despite this, Durski soon backtracked on the idea of ​​expanding with Madero franchises. With the objective of maintaining the quality of the product and having greater control of its brand, the entrepreneur closed the franchise operations.

So, if you want to know how to open a Madero franchise, this is currently no longer possible.

Another reason that led to the termination of the franchise program was the issue of profits. Franchisees had to pay about 6% royalties per month to Madero. Subtracting taxes from this amount, the franchisor's profits would be only 3%.

In the restaurants where Durski was the owner, the profit reached 20%, on average. Thus, it was more advantageous to buy the stores that were franchised.

In addition, making decisions this way is also simpler when you are not in a franchise. If the franchisee wants to make decisions or make some changes to the stores, there is no need for a consensus from the operators of the other franchised units.

With the latest information from May 2022, we know that currently you can only find three more franchise stores in our country in Chapecó (SC), Palmeira (PR) and Ponta Grossa (PR).

It's been 4 years since Junior Durski has repurchased all the Madero franchises that were open, and the owners accepted the proposals made.

Before that, there were about 39 units open. The three remaining franchised units have not yet been purchased, as the respective owners have not agreed to sell.


More recently, Madero stores have invested in some container restaurants. That is, options built with recyclable and air-conditioned containers, with leaner menus and differentiated services.

Learn More: How to open a franchise?

How much does a Madero franchise cost?

Before the franchise option was closed, when someone was interested in knowing how to open a Madero franchise, about R$400 thousand of initial investment was needed for the business to start.

Now that the centralization of stores is no longer possible, there is no longer these initial expenses nor the possibility of opening a Madero franchise.

Learn More: How to open a lottery house? 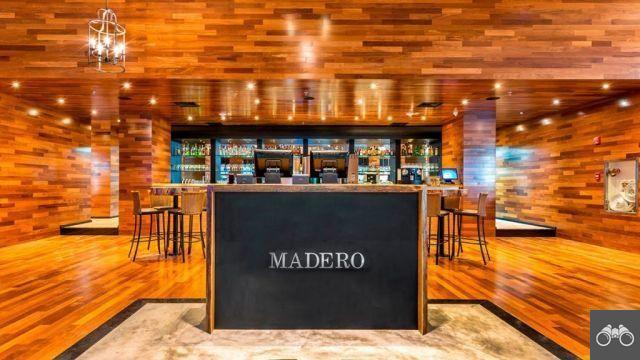 Even if you still want to invest in Madero in some way through franchising, it is not possible even if you try and decide to ask Madero directly.

The good news is that there are other business options that can be worth your investment in franchising.

Some you might know about are McDonald's and Outback and other food businesses, for example.

Learn More: How to open a computer technical assistance business?

add a comment of How to open a Madero franchise?