How to connect the cell phone to the TV, whether it is smart or not

By connecting the cell phone to the TV, the user can watch movies and series, videos, photos and even use applications on the big screen. It is possible to cast the smartphone screen to both smart TVs and non-smart models. In the second case, however, it is necessary to resort to accessories, such as boxes and sticks or HDMI or USB cables.

Check below how to mirror or stream content from an Android phone or iPhone to television via Wi-Fi or wired.

Mirroring consists of displaying exactly what you see on your cell phone screen on television. That is, if you are watching a video, photo or using a messaging app on your smartphone, these actions will appear just like on TV. 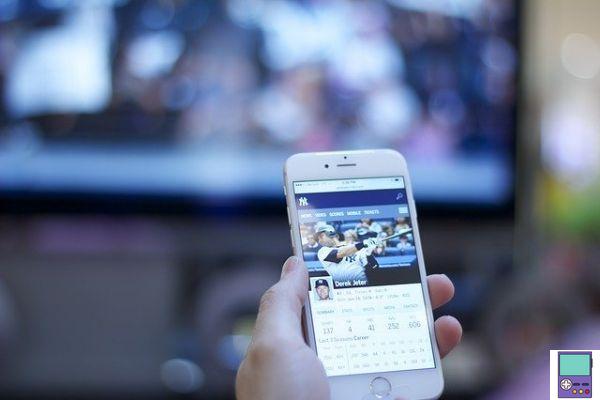 This means that the image is not usually adjusted to the screen format. Therefore, it maintains the rectangular look if the device is kept in an upright position.

This form of content transmission is done through Wi-Fi and both devices need to be connected to the same network. Therefore, the feature is only available for smart TVs or regular TVs equipped with sticks or dongles with wireless transfer protocols.

How to Mirror Android Phone to Smart TV

If your TV has options like Smart Share, All Share, Screen Share and the like, it probably has the feature. When in doubt, you can search for your device on the Wi-Fi Alliance consortium page. Normally, the option can be found via the Input or Source key on the remote control.


Before performing the following steps, make sure your phone is connected to the same Wi-Fi network as the TV.

3. On the next screen, choose Connection Preferences; 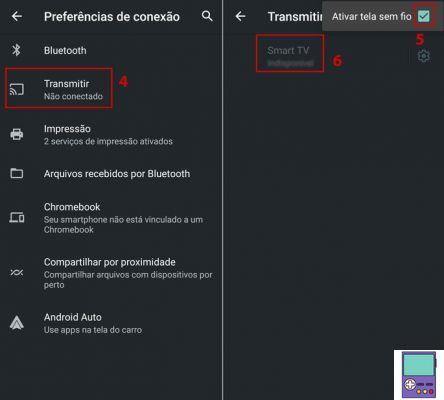 5. To activate the feature, tap on the three dots icon in the upper right corner of the screen and check the box Enable wireless display;

6. The name of your TV will be displayed. Tap on it to connect.

Wait for the connection between the devices and, within a few moments, everything that is happening on your cell phone screen can be seen on television.

If the above path does not help you find the functionality, it may be that on your device it is by a different route. Search for terms like screen mirroring, streaming, mirroring and the like in the app's search box settings. 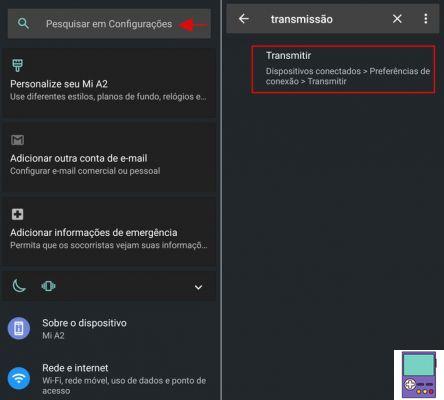 AnyCast is a wireless data transmission stick, which must be connected to the TV via an HDMI port. Equipped with Miracast and Airplay protocols, it is one of the few handsets compatible with both Android and iOS devices. 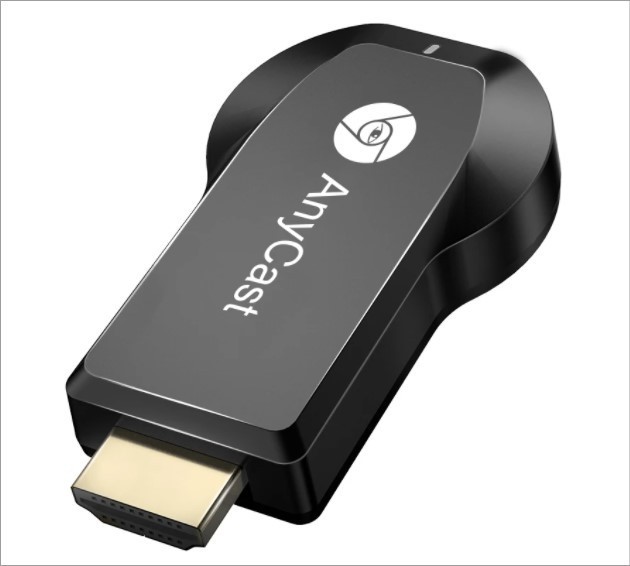 AnyCast M2 Plus is the brand's most popular model and has built-in 802.11n (2.4GHz) Wi-Fi. Check below how to set it up on your TV and use it to mirror your mobile device.

1. To use Anycast for the first time, it will need to be connected to a power outlet, in addition to, of course, the TV, via the HDMI port;

2. Tune the TV to the HDMC port. It is likely that access is via the Input or Source button on the remote control;

3. The setup screen will appear on your TV. Now, take your cell phone and connect it to AnyCast's Wi-Fi network. The network name (SSID) and the password (PSK) are displayed on the TV screen;

5. Also on the cell phone, on the next screen, choose your home Wi-Fi, enter the password and that's it.

Any time you want mirror android screen on the TV, check if the button on the side of AnyCast is set to Android mode or Miracast. So, tune the television to the HDMI input and access the phone's screen mirroring feature. The process is the same as indicated above for smart TVs.

Yes, on the iPhone, the step by step is much faster. First, hit the Anycast side button to trigger the protocol Airplay. Then, on mobile, press the Home button and drag your finger from bottom to top to view iOS shortcuts. Go in Airplay Mirroring ou Screen Mirroring and choose to connect to AnyCast-xxx.

Confusion between mirroring and transmission is common. The difference is that, in mirroring, everything that is done on the cell phone is reproduced on the TV. That is, if you are showing a movie and want to reply to a message, you will have to stop the video to open the messenger. And everything will be shown on the big screen. 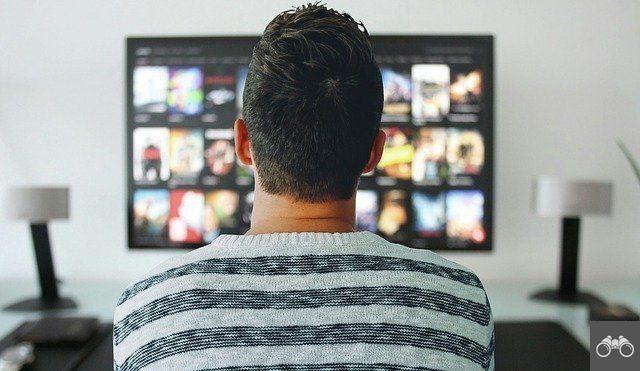 In the case of broadcasting, only the desired content is shown on the television. This means that you can watch a video or use a music streaming app while using WhatsApp without interrupting anything. Nor show the TV message exchange.

To stream, both the TV and smartphone must be connected to the same Wi-Fi network. If the TV is not smart, the user can resort to sticks or set-top-boxes, such as Chromecast and Apple TV.

Learn more at: Find out which is the best device to turn your TV into a smart TV

How to stream from mobile to smart TV

In order to be able to broadcast to a smart TV, it is necessary to have apps that offer the feature natively installed on the cell phone. The tool is represented by the image of a screen with waves, shown below. To do this, just tap on the icon and wait for synchronization between the devices. 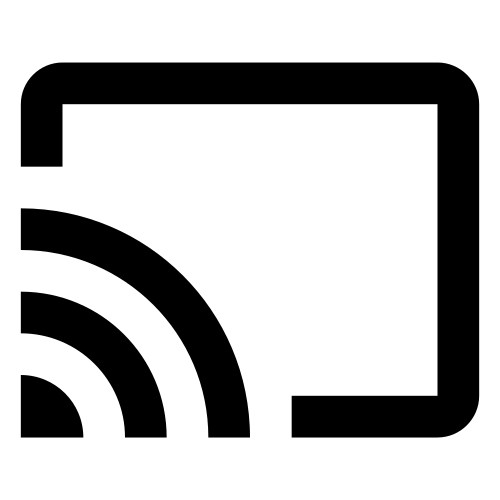 Below, we list some apps that have the option:

How to Cast from Mobile to TV with Chromecast

Chromecast is a dongle that allows you to cast and mirror content from your smartphone to your TV. The device does not run any operating system nor does it have internal storage space. Therefore, the apps must be downloaded on the cell phone itself.

To use it, just connect it to a TV's HDMI port, download the Google Home app on Android or iPhone and connect both to the same Wi-Fi network.

After performing the integration between the two devices, just tap on the broadcast icon and watch what you want on the TV. For apps without casting technology, you can use Chromecast to mirror your smartphone screen.

How to Stream from Mobile to TV with Apple TV 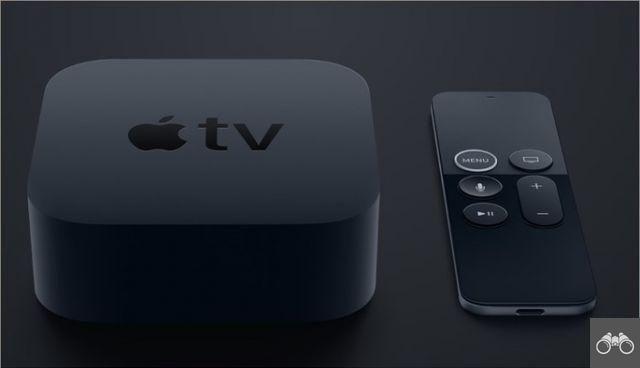 Apple TV is a set-top-box and, unlike Chromecast, has its own operating system and internal storage. This means that apps can be downloaded on the device itself and not on the iPhone. Which turns out to be an advantage for those who don't want to take up space on their smartphone.

The communication between the iPhone and the box is done through AirPlay 2 technology. The Apple TV configuration process is very intuitive, just connect it to the TV via an HDMI cable and follow the instructions on the screen.

If you want to stream content from your iPhone to Apple TV from a compatible app, tap a TV icon (

)and drag your finger from bottom to top. then tap on AirPlay and choose the Apple TV. 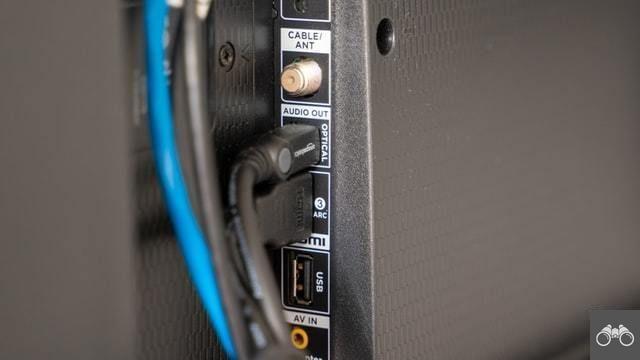 The HDMI port ensures the transmission of video and audio content at the same time from the same source. To mirror the smartphone screen on the television, it is necessary to have a cable that is compatible with both devices.

There are currently two options available:

If you have a cell phone with a USB Type-C port, the most practical alternative may be to buy a Micro USB adapter. 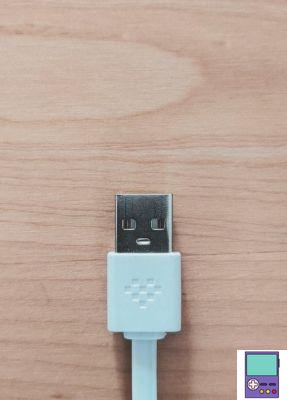 The USB cable can also be used to display photo files stored on the cell phone on TV. To do this, just connect the two devices to review the special moments on the big screen.

add a comment of How to connect the cell phone to the TV, whether it is smart or not