How Chromecast works and turns your TV into a smart one

Chromecast is Google's streaming device that lets you turn any television into a smart TV. The device is capable of transmitting the screen of an Android or iOS notebook, smartphone or tablet to any monitor with an HDMI input. Just make sure both are connected to the same secure Wi-Fi network.

explains how Chromecast works, what the minimum requirements are, shows you how to install it step-by-step, and more. Check out our complete guide!

What is Chromecast and what is it for?

Chromecast is a streaming device made by Google. The device allows you to mirror your Android or iOS notebook, smartphone or tablet on the television or other monitor. With it, you can broadcast and see on another screen everything that is displayed on your cell phone or computer.

The device is known generically as a dongle. This is the name given to electronics that add additional functions to others, usually through a USB or HDMI port. In the case of Chromecast, the connection is made from an HDMI input.

How does Chromecast work? 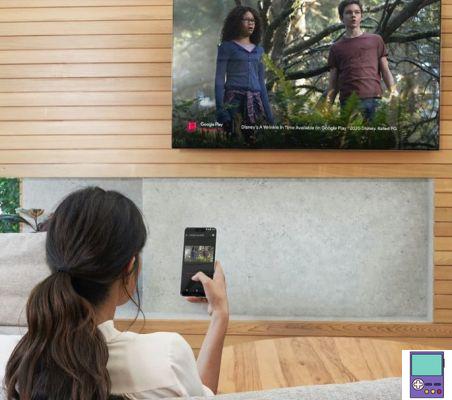 As we have already said, Chromecast is a device that serves to include an extra screen mirroring function on a notebook, cell phone or tablet. Or, if you want to see it another way, to turn an ordinary television into a smart TV.

Notebook must be equipped with Windows or Mac OS and mobile devices must run Android or iOS systems. To connect these devices to the Chromecast, it is necessary to have a secure Wi-Fi network active in the environment, where the two can connect.

Also, the TV or monitor on which the content will be mirrored must have an HDMI input. If you don't have it, you can use VGA to HDMI adapters, available at tech stores.


For the connection between the devices to take place, it is necessary to download the Google Home app on Android devices, on iPhone or iPad. Through it, the device recognition and the step-by-step integration for streaming are performed.

Does Chromecast come with apps installed? 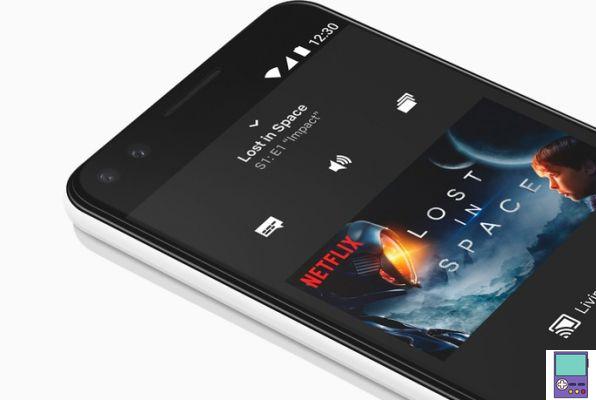 No, unlike smart TVs, which have an operating system and apps out of the box, Chromecast doesn't come with any apps. Its purpose is to mirror the screens of devices that already have their own systems and programs.

Many applications available on the Play Store or App Store are compatible with the streaming device. By simply touching an icon, they broadcast in full screen and with high resolution. In addition, they make it possible to use your cell phone, tablet or computer while your content is mirrored.

That is, it is possible to watch a movie on Netflix on TV using Chromecast and still use your smartphone to respond to messages on WhatsApp or access a website. Only the movie or series, in this case, is broadcast to TV.

This does not mean that non-compatible apps cannot be streamed. At least on Android devices. For this, you need to use the button cast screen from the Google Home app so that all mobile content is mirrored.

The image appears in the format of the cell phone screen, with black sides. In addition, all actions performed appear on the TV, such as open apps, received notifications, etc.

What apps can I use with Chromecast?

Top video and music streaming apps offer full Chromecast integration. Among them are Netflix, Spotify, Amazon Prime Video, Globo Play, Deezer and many others. Not to mention Google's native apps, which are virtually all compatible with the company's dongle.


Enjoy and check out our list of the 15 best apps to get the most out of Chromecast!

What Chromecast models are available

The first generation of Chromecast was released in 2022 and had its sales discontinued in 2022. In 2022, the model finally lost support from Google, no longer receiving updates.

The 2nd generation is no longer officially sold by the company in 2022, but is still easily found in retail stores across our country. Currently, two editions of the dongle are officially available: Chromecast 3rd generation and Chromecast Ultra.

Chromecast Ultra, the most powerful version of the device, was never officially sold in our country. Compatible with 4K content streaming, the product is no longer displayed in Google's international portfolio. But, according to the specialized website Android Central, the device has not yet been discontinued.

The 3rd generation Chromecast, found here since 2022, is very similar to the previous model. The main difference is in the availability of two colors and the speed of maximum image resolution.

If you're not sure whether to buy a 2nd or 3rd generation Chromecast, we've listed the main technical specifications below. 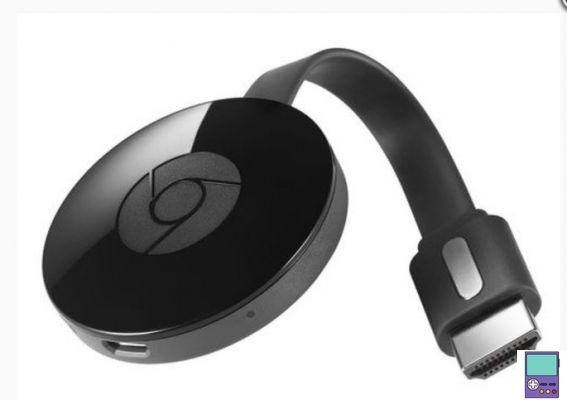 Minimum requirements to use Chromecast

To be able to use Chromecast, it is necessary that the devices follow some basic specifications. Are they:

How to install Chromecast

Chromecast is quite simple to use and doesn't require a lot of effort when it comes to installation. Check out below how easy it is to use the Google dongle for the first time.

1. Connect the Chromecast to the power cable;

2. Connect the power supply to the outlet;

3. Insert the Chromecast to an HDMI port on your TV;

4. Turn on the TV. The Chromecast welcome screen will appear.

No cellular or tablet

1. download the app Google Home, available for Android or iOS;

3. Open the app. First, select the Google account you want to connect with;

4. Then define the house or create a new one;

5. Select in the application the device with the same name indicated on the TV;

6. Then, confirm in the app the number that is displayed on television;

7. Now, choose the Wi-Fi network. You need to use the same one your Chromecast is connected to.

Ready! A Chromecast screen saver will appear on your TV, with the time and device name, indicating that the integration has been made.

Despite being one of the most popular, Chromecast is not the only device that turns the television into a smart one. In addition to dongles, there are also devices called set-top boxes. They act as converters that connect to the TV and allow the transmission of content.

The difference is that these electronics have their own operating system, processor and memory. The apps are installed on the device and not mirrored from a cell phone. In general, the commands can be made by a remote control or through the smartphone, when downloading the associated application. 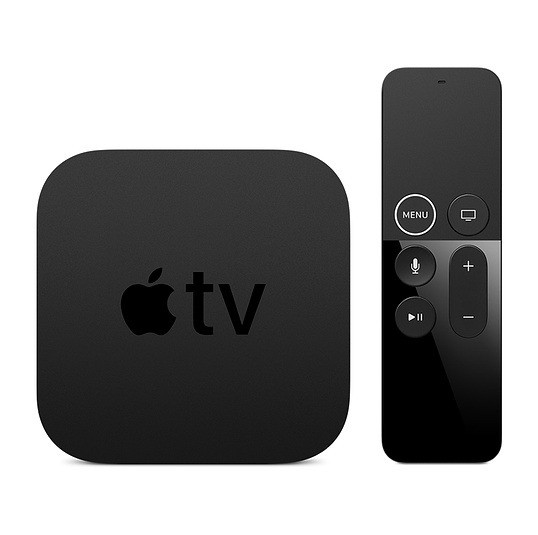 One of the most famous set-top boxes on the market is the Apple TV. The latest version allows you to watch 4K HDR content and Dolby Atmos compatible sound and 32GB or 64GB capacity. In terms of connectivity, it has an HDMI 2.0 port, Wi‑Fi 802.11ac, Bluetooth 5.0 and Gigabit Ethernet input. 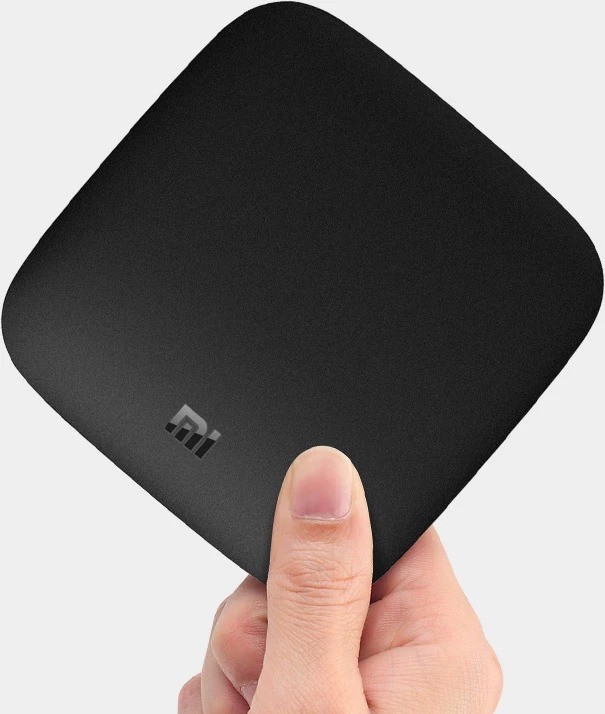 As for the dongle, one of the best-known competitors is the Anycast, a model with a design clearly inspired by the Chromecast. The latest model is the Anycast G2-4, which allow image playback in 1080p resolution at 30fps. Compatible with macOS, iOS, Android and Windows, connects to the TV via HDMI.

How to get Razor Claw in Pokemon Legends: Arceus ❯