Google dinosaur game: how to play online 8 versions of the game

Known as Google's Dinosaur Game, the retro game in the endless run style appears on Chrome whenever the user runs out of internet. Its popularity is so great that in addition to the option to play online, unofficial versions of the game have appeared.

The also called Chrome Dino and T-Rex Run! (something like Run, T-Rex!, in Portuguese) gained alternatives in 3D, night mode and even starring other characters. But they are just as fun as the original, with the advantage of running in other browsers.

has gathered the best versions for you who love this game!

The original version, available to play even when online, had to be first on our list. Just type in Chrome's address bar chrome: // dino / and hit the enter key.

To start the game, just tap on the space key. To jump over obstacles, you can also use the space key or the up arrow key. It is not possible to pause the game. 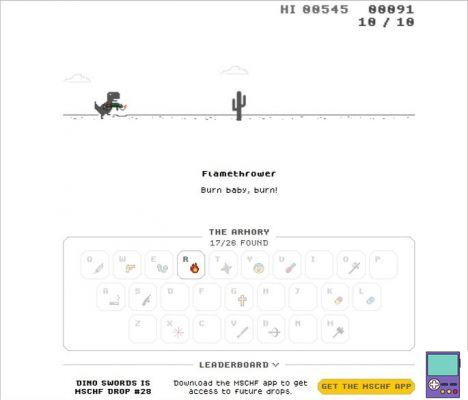 Dino Swords is a more complex version of the dinosaur game, which adds collecting 26 different weapons along the way. The armament ranges from pistol and ax to flip-flops and crucifix.

To make the game even more interesting, each of these items can be used to eliminate the cacti and pterodactyls that appear on the way. Just use the corresponding hotkey at the right time.

The commands to start and jump are made by the space or up arrow keys. If you make a mistake, just like in the original T-Rex Run, the game ends and you'll have to start all over again. 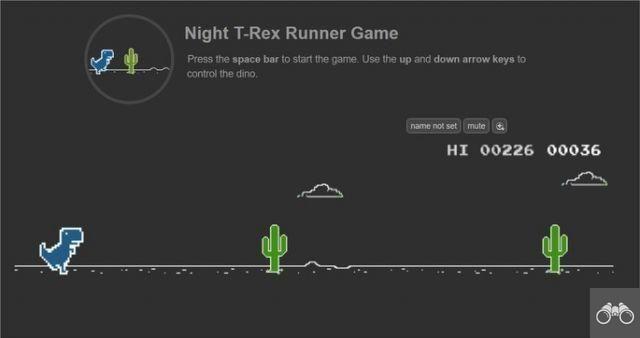 Want to play a little before bed? THE Night T-Rex Runner Game could be the ideal solution. After all, this version of the dinosaur game is made in colors that are more comfortable to the eyes in low-light environments than the white background in contrast to the black of the original version.


The game dynamics and gameplay are exactly the same as Google. The developers also added a zoom tool, which allows you to enlarge the game screen up to three times, and sound effects, which can be turned off with the Mute button. 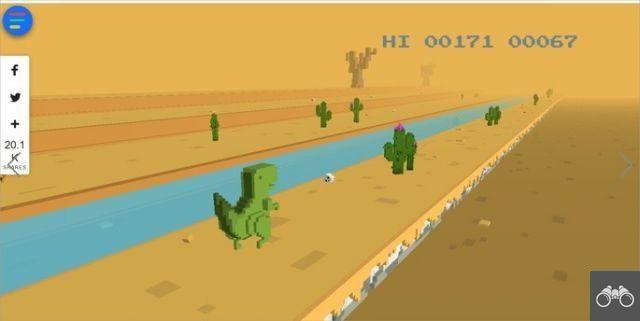 Dinosaur Game 3D brings a new perspective to the game. Developed by the website Elgoog, which reproduces several easter eggs from Google, the title shows the Tyrannosaurus rex running in a colorful 3D scenery.

The player loses horizontal vision and follows the character from behind/sideways. As you run, you can observe the desert and get an idea of ​​the obstacles that lie ahead.

The commands are the same as in the original game. But you will definitely feel a difference when you play seeing the dino from another angle.

Some sites specialize in creating versions of the beloved game. There are even some in which the dinosaur is replaced by other characters and the cacti are replaced by obstacles in the protagonist's universe.

The page Chrome Dino offers the options with Mario jumping pipes, Batman jumping skyscrapers and Joker overtaking signs. The games also have sound effects, such as the villain's laugh or the dreaded end-game music from Super Mario Bros. 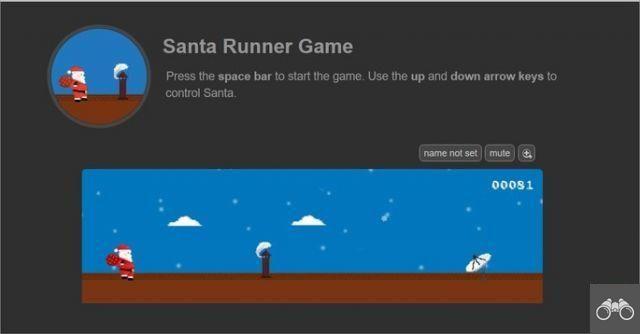 no site T-Rex Game, you can help Santa Claus face the chimneys. It can also make Godzilla dodge buildings, Naruto pass through opponents, among other possibilities. 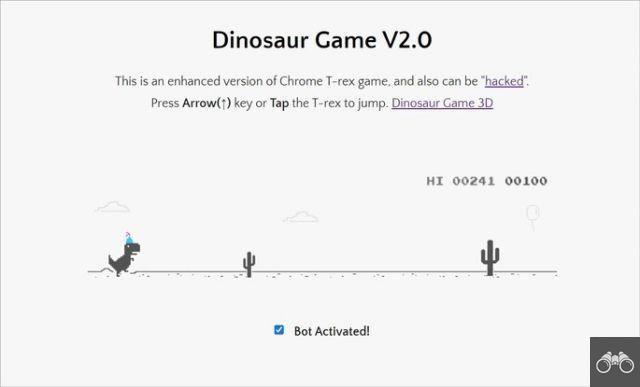 Do you find the dinosaur game too difficult and want a “café-au-lait” version? The Elgoog website offers an almost infallible alternative to the game, the Dinosaur Game V2.0. Just keep the Bot Activated box checked and the prehistoric animal will jump the obstacles by itself.


The user can also command the T-Rex and make it jump by pressing the enter or up arrow keys. And if you do it at the wrong time, and hit a cactus, it's game over! 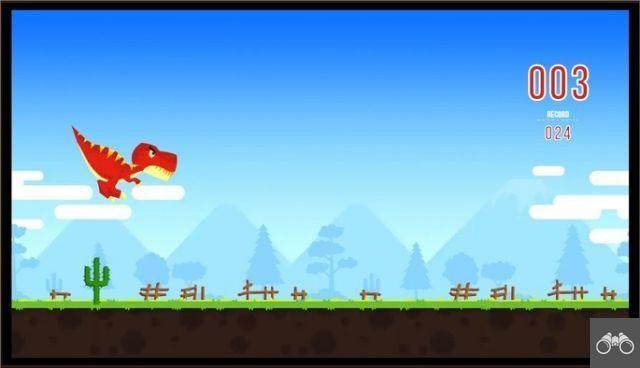 The CBC Kids website hosts a more playful version of the game, leaving aside the retro, pixelated look of the original Dino. t-rex runner maintains the horizontal endless run style, but has better graphics.

The game features an orange tyrannosaurus with a mean face and a colorful setting, with blue sky, grass, trees and fences. To make the animal jump over the cacti, just press the spacebar or click the mouse on the screen.

The user should note that the developers tried to implement more realistic physics as well. It is possible to feel the effort of the dinosaur when jumping and running, which matches the enormous dimensions of this prehistoric animal.

Do you want to have the dinosaur game always a click away? Just download the extension for Chrome Dino Anywhere. By clicking on the plugin icon, a window with the game is superimposed on the page you are browsing.

So, just press the space or up arrow keys to start playing. Despite not being an official version, the visuals and gameplay are practically the same as the original.

Even so, if you miss playing in full screen, the app offers a quick access link to the chrome://dino/ website.

Fun facts about the Dinosaur Game

Launched in 2022, the game was thought of as a kind of pun, that the user, when running out of internet, goes back to prehistory. According to Google, the game is played 270 million times every month.

A lot of people wonder if the game is over. According to Edward Jung, user experience engineer for Chrome and one of the creators of the T-Rex, the game was programmed to last 17 million years. The same time tyrannosaurs lived on Earth.

Android games: check out the 20 best games for mobile and tablet ❯

add a comment of Google dinosaur game: how to play online 8 versions of the game