Author and references
App to edit photos: the 20 best to download

With a app to edit photos, you are able to improve the quality of your photos and get more likes and followers on social networks. Many people who work on the internet as influencers and salespeople turn to these programs, as they are fully accessible to edit their photos with effects and attract more attention.

With that in mind, we’ve listed the best apps for you to edit your images and ensure more engagement in your posts. This list will even help you if you want to train your editing skills, if you are a person who is interested in photography.

App to edit photos on mobile

PicsArt is an app for editing photos and videos, available for Android and iOS in a free version. Some features within the app are part of the Gold version and need a subscription to be used.

The subscription can be for a year or a month, and is managed by the store, meaning you cannot use the same account on two different operating systems. With PicsArt, in addition to being able to use more basic features such as effects, filters, borders, add text to the image, adjust brightness, contrast and saturation, there is much more to explore in the Free version.

You can blur the image as much as you want and you can “clone” which is a tool that can be used to remove blemishes from the face, for example. You can even add stickers and draw free lines.

Also, you can make montages, change the photo background, make an overlay, adjust the color curve and use the scatter effect, where you can put a pixel effect on your photo, as if the photo element is falling apart in the air.

So, we can say that PicsArt is a great application for editing photos and has several other free features. 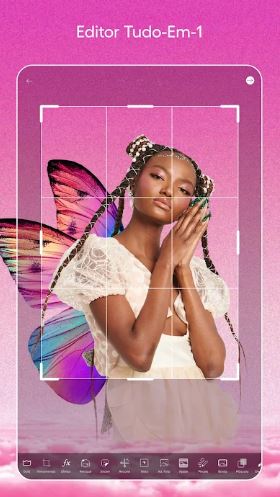 Like PicsArt, Lightroom, one of Adobe's editors, offers tools that are free and other in-app purchases that are paid. Both deliver a worthy professional edition, if you know how to use the program correctly.

With it, you can adjust the quality of the photo, add noise or increase sharpness, change the light, insert presets (filters), use the pre-defined adjustments that automatically “Up” the photo and much more. The app is available for both Android and iOS.

Learn More: How to Use Lightroom Professional Photo Editor on Mobile

Featuring more diverse options, with the Sweet Selfie app (Android) you can correct imperfections on your face, such as removing blemishes, sharpening your nose, removing dark circles, as well as adding makeup to any photo in your gallery.


You can also do various body touches, such as increasing the bust, inserting a shaped abdomen, slimming the waist, changing the proportions to make you look taller. On top of that, you can also blur the background of an image, add another background, add text, adjust brightness, contrast, vignette, fade, temperature, saturation and sharpness.

The app also has several filters and even lets you add stickers and masks while editing. For iOS users there is a very similar app called “Selfie Photo Editor: Effect”.

Their tools are basically the same and their use is also free. 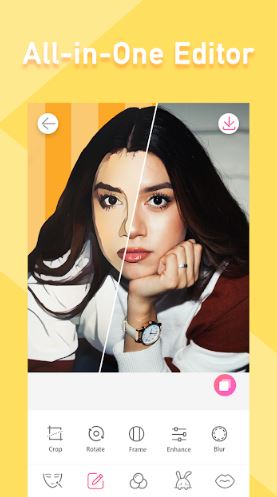 With features very similar to previous apps, Pixlr is also a great option for you looking for an app to edit photos. Most of its functions are free, but some features require a subscription.

The free functions cover all the basic tools and meet the needs of anyone who needs an editor well. The app is available for Android and iOS.

Available for Android and iOS, Snapseed is an editor developed by Google, which has several free photo editing functions. Among these functions is to transform a photo to portrait mode, which is basically focusing on a main object to make it stand out and blur the rest of the image.

You can also remove any unwanted elements, such as objects and people in the background of the photo. You can even change the perspective of an image and expand its angle.


There is also the possibility to adjust the photo, apply filters, make double exposure (overlay images), edit only a specific part of the image, correct the position of the face and several other tools. 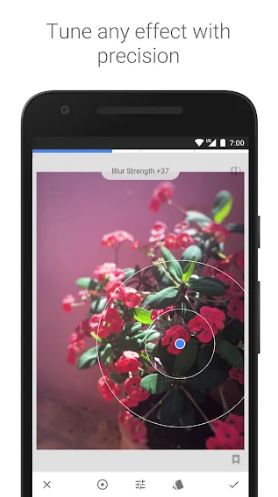 Although Remini has only one main function, it can be very useful: restoring old or low quality photos. It is capable of correcting blurry portraits and removing facial blemishes.

It can also enhance videos and has the “facial animator” function where it can make the image move. Example: he can make you turn an animation like you're moving and smiling, into a picture where you're serious.

It is a free app and is available for Android and iOS. 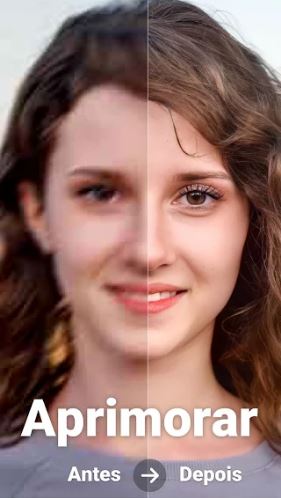 AirBrush is another excellent photo editing app, which is available for Android and iOS, and best of all, it's free to use. In it, the user has access to tools such as removing blemishes and pimples from the skin, correcting dark circles, whitening teeth and adjusting skin tone.

In addition, it has several filters to be applied to photos, as well as the option to blur the background of the photo as in previous applications. 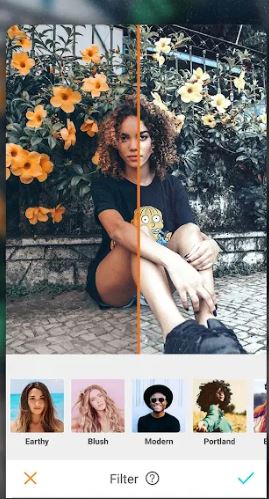 VSCO is a free app (Android | iOS) that offers all the basic and necessary tools to edit a photo, being possible to: adjust color, shadows, brightness, highlights, improve sharpness and many other options.

With it, you can also edit videos and its filters are similar to those of Instagram, with more variations. In its paid version, you have access to more than 200 predefined editing options. 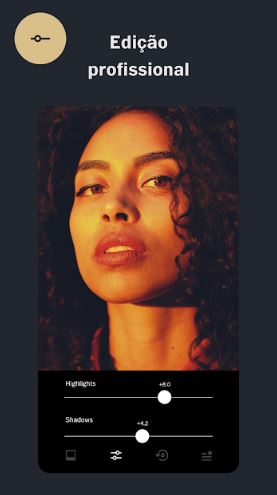 The Facetune photo editing app is only available for iOS users (iPhone and iPad) and you have to pay a subscription to use it. It is a program more geared towards selfies, as it is able to:

Facetune2 is an app option for Android users. It offers several functions of the first Facetune, such as modifying the shape of the face, tuning the nose, fixing the lips, disguising the oiliness of the skin, among others.

However, some options are limited and to enjoy them it is necessary to pay for the Premium version.

In addition to all those basic functions of adjusting brightness, color, sharpness, among other things, TouchRetouch has the ability to remove objects or people in the background of your photo, which end up taking away the harmony of the image.

It is simple and intuitive and is available for download for both Android and iOS systems. 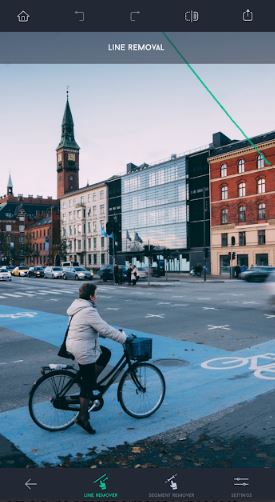 Afterlight offers some preset templates to help you streamline the photo editing process. In its tools, there are more than 100 filters available, in addition to giving you the opportunity to insert various texts in an image.

It's free and available on Google Play Store and App Store. 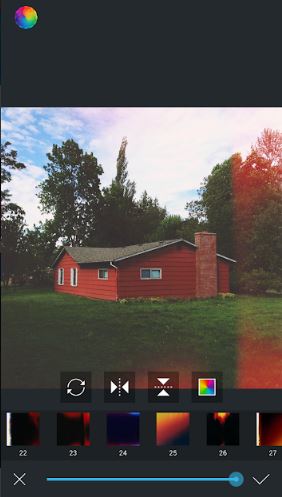 Polarr offers amazing and advanced features where it allows you to make adjustments to the color of the image, add filters, retouch and adjust the skin, as well as change the eyes, mouth and lighten the smile.

The app has artificial intelligence, which identifies faces in images and performs retouches automatically, leaving your photo with a professional photo appearance. It is an app that can be used for free and is available for Android and iOS.

Another app of the most famous software in the world and with high credibility, with the intention of providing an app for quick editing through mobile devices, Adobe launched Adobe Photoshop Express.

In it, you can use filters, make collages, add effects and much more. It is available for Android and iOS. 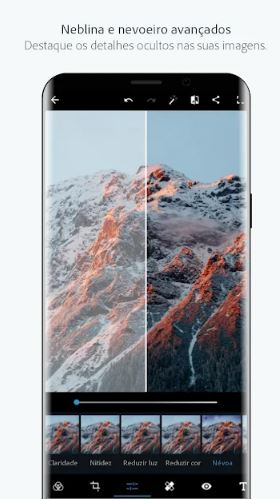 For those who are content with more basic tools, Adobe Photoshop Fix works like a stripped down version of the aforementioned Photoshop Express. Despite being classified as the simplest, it is possible to restore photos, smooth, correct imperfections, adjust the color, move the focus and several other tools.

It is available on the Play Store. 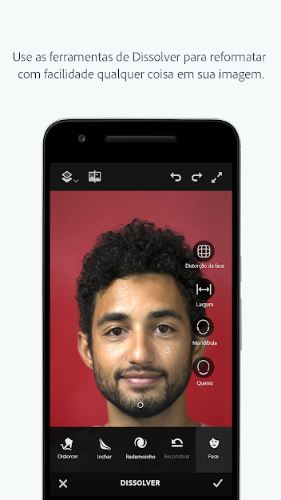 It is only available for Android, as is Photoshop Fix. Both were pulled from the App Store.

The famous multi-purpose maker app Canva also offers a photo editor. But unlike other photo editing apps, it doesn't have a very extensive range of features.

Its tools are basic, such as:

For more advanced tools, you need to buy a package. You can access it from your computer or download it on your mobile device (Android | iOS)

Learn More: Canva Online: What It Is and 5 Steps to Get Started

With Photo Lab, you can absolutely improve your photos, through the more than 900 effects available to be applied. It is very suitable for creating invitations and business cards.

The app is free and can be found on the Play Store and App Store. 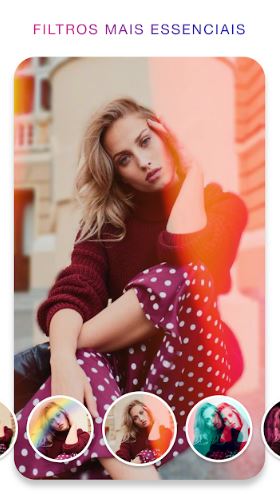 Fotogenic can make several corrections to make your photos perfect, such as correcting imperfections, adding a background to the photo, highlighting your muscles and simulating a tattoo through collages.

You can edit the saturation and color of your images and add text and many other features. It is free and can be found on the Play Store and App Store. 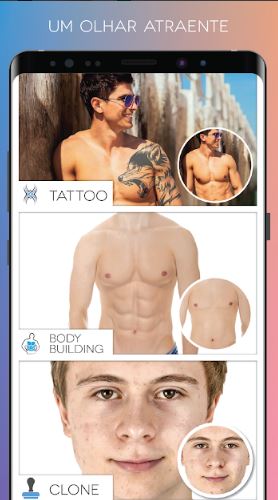 Learn More: Caption for photos: the 154 best for your posts