App has stopped working: what is it and how to fix it on Android?

Author and references
App has stopped working: what is it and how to fix it on Android?

On the afternoon of March 22, many Android users began reporting that they received notifications on their devices saying that some apps had stopped working.

“App has stopped working” error prevents many apps like Gmail from opening on mobile. In addition to this, banking apps, Google Pay and many others. 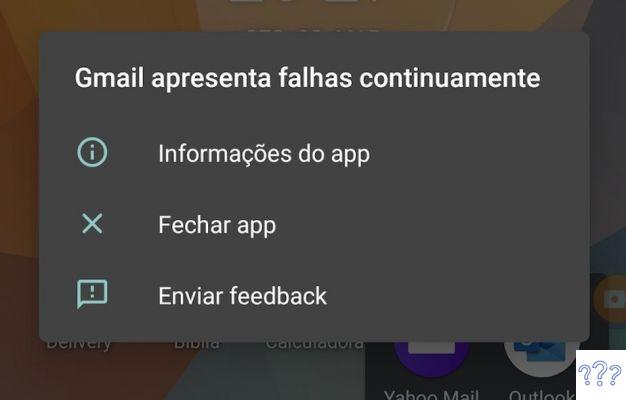 The application has stopped working: what is it?

Several mentions of the bug surfaced on sites like Reddit and Twitter. According to Google, in the health report of its services, the first confirmation of the problem occurred at 20:05 (local time in California). 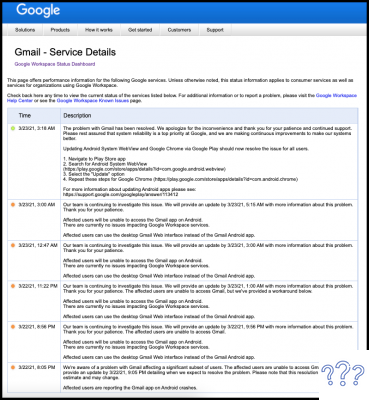 The cause of the problem has been confirmed by Google as a problem with the WebView application. This app is installed by default on Android and allows content to be opened in an application, without having to leave it.

According to a company spokesperson, in response to Yahoo!, they state that: “We are aware that an issue in WebView is causing an error in Android apps. We are working to validate the scope and remediation is ongoing.”

The application has stopped working: how to fix?

If you are having this issue, something that has worked for many people is going to the Google Play Store on your device and uninstalling the latest update of a system app called “Android System WebView”.

This is the app that provides Chrome-like browser rendering within apps, and according to developers and end users, many of the errors people are seeing indicate that the problem is there.

“Uninstalling the updates made my phone calm down and back to normal and might work for your device,” according to some reports online.

In a statement, posted to Gmail Service Details, Google states:

“The problem with Gmail has been resolved. We apologize for the inconvenience and appreciate your patience and continued support.

Rest assured that system reliability is one of Google's top priorities, and we are continually making improvements to make our systems better.

Updating the Android WebView system and Google Chrome via Google Play should now resolve the issue for all users.

1. Navigate to the Play Store app

4. Repeat these steps for Google Chrome

Application has stopped working: what is WebView

is a native Android system that allows links to be opened within applications. In this way, when receiving or clicking on a link, it opens in a browser within the app itself.


Facebook and Instagram also have a similar system. When opening the link, the user can consume the content within the app or choose to open it in the default browser.

Android's WebView feature is already installed on the phone. Therefore, many users are not even aware of its existence (except when errors like this happen).

If you are facing this issue as the Googe note above recommended, please update this app and Google Chrome on your mobile.

Is the Will Bank card reliable? Check our opinion ❯

add a comment of App has stopped working: what is it and how to fix it on Android?