Alexa Amazon: Which Is Best For You?

Author and references
Alexa Amazon: Which Is Best For You?

The popularity of alexa amazon it only increases, and it may not even seem like it, but the tool was launched in 2014. According to Amazon, more than 100 million units had already been sold in January 2022. Over time, Amazon produced some models of the virtual assistant, which can generate questions in the consumer about which version best suits the buyer.

With that in mind, in this post you will find all the smart speaker models that are still on the market, the difference between them and how you can choose the one that best fits your needs and your pocket.

Before detailing each model, it is important to understand what this technology is. Alexa is the name of Amazon's artificial intelligence (AI). This AI is used in the Echo Amazon, which are the speakers produced by the company.

With Alexa and Amazon Echo, you can interact with voice commands and ask to play music or a podcast, make to-do lists, set alarms, request information about the weather, traffic, sports and news in general, as well as connect with systems and devices. smart from your home. It is also possible to connect artificial intelligence with your devices via wifi or bluetooth.

In addition to the most common commands, there is still the Alexa Skills function. According to Amazon, “Skills are voice-activated apps that add features to your Alexa-enabled device.” That is, it is a role that extends your experience with AI. To find skills by voice, just say: “Discover Skills”.

Check out the Echo models below so you can choose the version that best suits your taste. 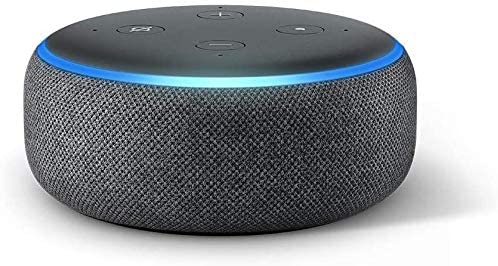 The Echo Dot 3rd generation is the oldest model that is available for sale through Amazon. It's also the biggest hit of all versions and the cheapest way to have an Alexa at home.

This model is highly praised for having a simple and beautiful design that can easily be placed anywhere in the house without attracting attention. Another positive feature is the great audio and input quality for speakers and 3,5mm audio devices. You can connect it with devices in your home and listen to music from Amazon Music, Apple Music, Spotify, Deezer and others.

The weak points are in the connectivity aspect via Bluetooth that can be confusing at first and, mainly, due to the lack of an internal battery, that is, for the device to work, it must be connected to the outlet. Check the price directly on the Amazon website: 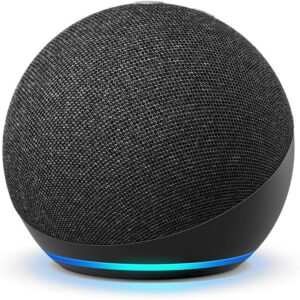 Some consumers complained that this generation of Echo Dot failed to bring more innovations. Among the novelties, the audio system has improved even more, as this version has a Woofer (a feature that transmits low and mid-low sounds and generally reproduces a range from 50hz to 4500hz) and two tweeters (speakers that reproduce more treble, this item are complementary to the sound system, which contributes to better audio quality).

The design has also changed, but it remains simple and beautiful. Even with few innovations, this model can be a good option for you to have your artificial intelligence at home, as it has all the features, for example: making a call with a simple command of your voice. Check the price on the Amazon website: 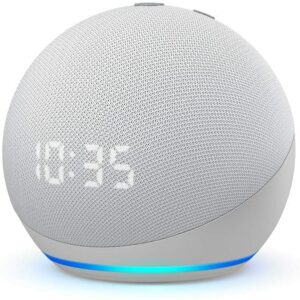 This model is the same as the previous version, the only difference is that this one has an LED that tells the time. The price is a little more expensive too. If this functionality makes no difference to you, then opt for the previous model. Check the price on the Amazon website: 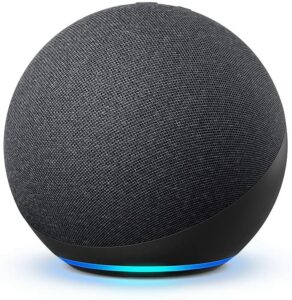 According to Amazon, this model has better audio quality, as it has a Woofer 3.0, two 0.8 tweeters and Dolby processing. The sound technology used in the device makes the Echo 4 adjust the sound according to the acoustics of the environment in which it is inserted.

This advance happened due to the use of a new processor that promises to reduce the time for Alexa to respond to your command by hundreds of milliseconds. Check the price on the Amazon website: 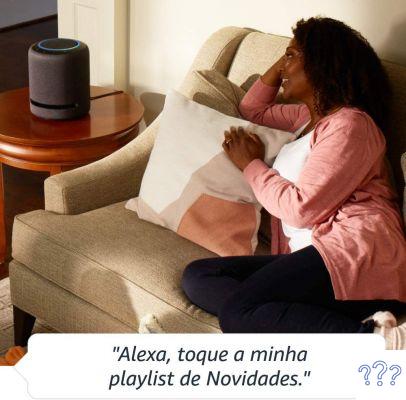 For anyone thinking of using Amazon's Echos products with a focus on ambient sound, such as at parties, the Echo Studio is the most suitable device. In addition to having all the features of an Echo Dot, this device has the best audio quality among all devices.

The Echo Studio comes with a Woofer and a Tweeter, but the big difference is on account of three mid-range (speaker that gives greater sound quality in the reproduction of musical instruments and in the voice of the people). In addition, the device has Dolby Atmos, which offers perception of space, clarity and depth.

The downside is size and price. If your goal is not to use all the sound quality of the device, it is better to choose another version of the virtual assistant. Check the price on the Amazon website: 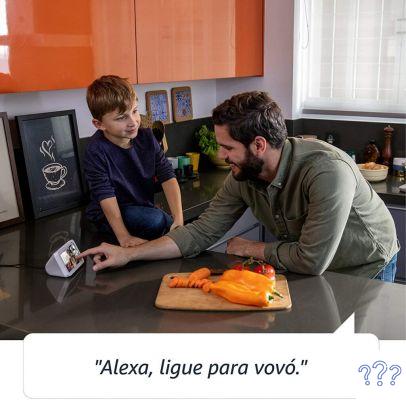 If voice command doesn't catch your eye, you can opt for an Echo Show 5, which has all the functionality of an Echo Dot, and a 5,5-inch screen. With it, you can make video calls, watch series, movies and series from Prime Video or Netflix.

These Alexa Amazon models with a display have the microphone and camera with a lid, which you can close when you want. This guarantees a certain amount of privacy for those who are going to use it. Below you will see some safety issues when using an Echo product.

However, it is important to note that the screen is 960 x 480 pixels (not HD), the camera has only 1 MP and the audio quality is a little lower than previous models. Check the price on the Amazon website: 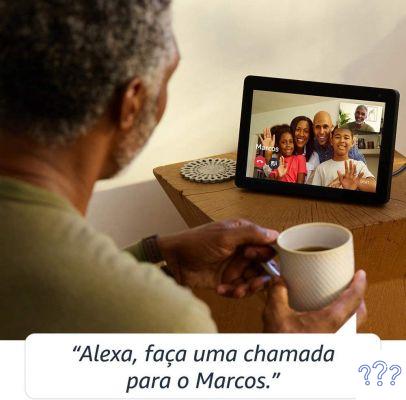 This device raises the level of the tool compared to the previous model. In addition to having the same features as version 5, the Echo Show 8 solved some limitations that left something to be desired in version 5. In this model, the audio quality has improved and the screen is 8 inches and a resolution of 1280 x 800 pixels (full HD). However, the camera remained only 1 MP. If you are able, this version can be a good option to start with a virtual assistant. Check the price on the Amazon website: 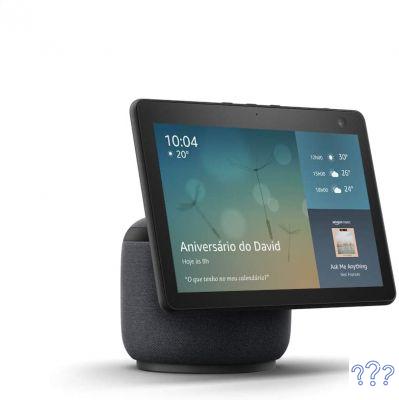 The Echo Show 10 is the most powerful model among all the Amazon Alexa virtual assistants. This version brought very interesting news, such as, for example: the option to place the speaker externally, which considerably improves the audio quality.

The device also has a rotation function, which allows the person to stay in the center of the video while making calls or keeping an eye on a recipe. It has a 10,1-inch screen and a 13 MP camera.

This version outperforms all the other Echo devices mentioned, but that also impacts the value of the product. As such, it is the most expensive virtual assistant on Amazon. Check the price on the Amazon website:

Alexa Amazon: Which is the best?

Having presented all the available Amazon devices, with the strengths and weaknesses of each one, now it's time for you to decide which model best fits your needs, cost benefit and priorities.

It is also worth highlighting the issue of security on the internet with the use of Amazon devices. According to the company, Echo devices are made to detect the wake word chosen (Alexa, Amazon or Echo) and that no audio is stored or sent to the cloud without the device detecting the wake word.

“When Echo devices detect the wake word or when the power button available on some Echo devices is pressed to activate Alexa, a visual indicator appears on the device to signal that the device is streaming audio to the cloud.

For example, the Echo's ring of light will turn blue or a blue bar will appear on the Echo Show.

Audio Video Alexa Amazon: Which Is Best For You?
Instagram Algorithm: 8 tips to improve engagement ❯

add a comment of Alexa Amazon: Which Is Best For You?