As soon as the Tamagotchi virtual pet was launched, children were separated into those who had and those who wanted to have. There was also the RakuRaku Dinokun, a similar version of the toy that became popular in our country in the 1990s.

Over time, the fun disappeared. But now, with the age of smartphones, virtual pets have made a comeback. And they bring different styles and features. Check out 8 virtual pet apps below! 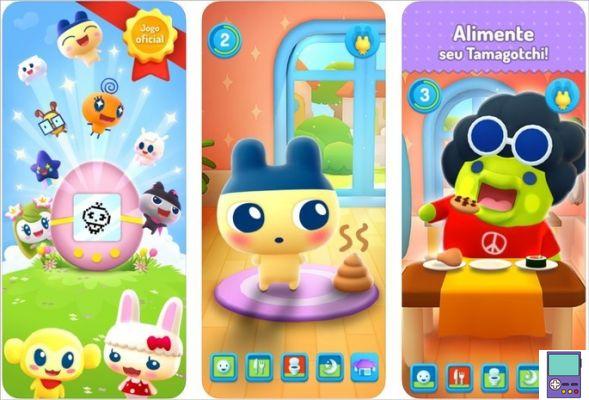 My Tamagotchi Forever is the virtual pet app from Bandai, the maker of the late Tamagotchi. The application offers a more modern version of the game, with 3D graphics and more interaction options.

In the mobile version, there are several types of little monsters to care for from birth to adulthood. You can clean their necessities, put them to sleep, tickle them and play minigames with them.

DiNostalgia Widget is a widget that perfectly simulates RakuRaku Dinokun, a virtual pet that competes with Tamagotchi. The program inserts a replica of the toy, with buttons and all, on the smartphone's home screen.

As in the original, it is possible to give food and drink to the little animal, turn off the light so that it sleeps and pet it. There is also the option to play rock-paper-scissors, put it to study, bathe, control the room temperature and much more. 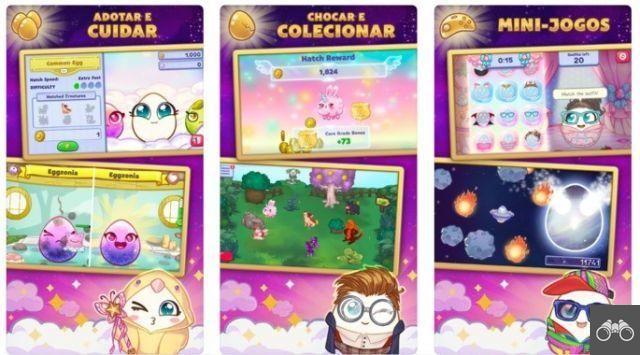 Raise your pet from the egg. He will need you to feed him, bathe him, tickle him, put him to sleep, among other actions of attention and affection. As the user manages to keep him happy and healthy, he will receive coins.


Another way to earn more coins is to spend time with your pet in activities like grooming, reading books and playing minigames. Each egg can spawn six different creatures, based on their personality. The idea is that the user can collect as much as possible.

Pou invites the user to take care of their own alien pet. The premise is the same: feed, clean, play, take them for a walk and watch them grow. As the pet develops, the user has access to new wallpapers and clothes to customize the character. You can also equip it with hats, glasses and other accessories.

Progress in the game will also unlock levels, special items and coins. It is still possible to visit friends who also have the app to play with them. 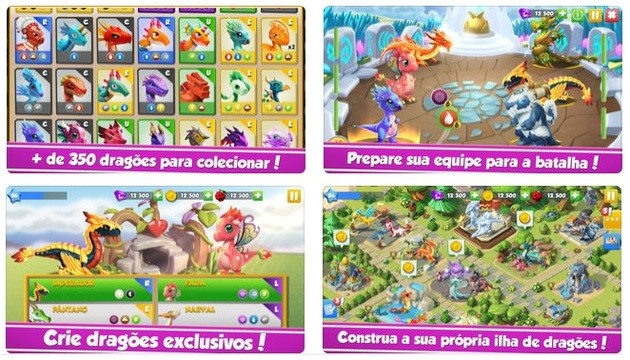 Who never wanted to have a pet baby dragon? With Dragon Mania Legends, you can choose from 350 species. The objective is to work on their breeding, so that they go from small puppies to mighty warriors. Feed, pamper at will and take care of the pet's health.

With its evolution, the user gains gold and special bonuses. It is still possible to go on a journey, battle and improve skills. The app also allows the user to connect with other players, visit their islands and exchange gifts. 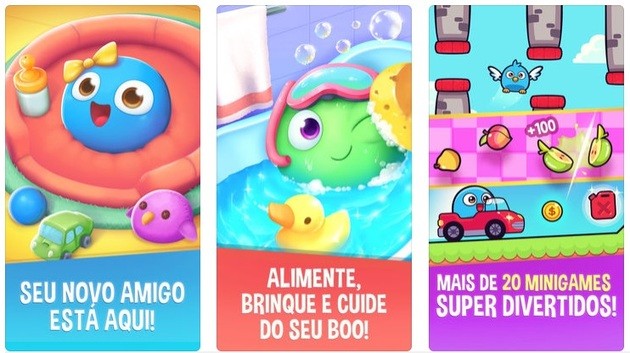 My Boo is yet another app that allows users to create their virtual pet from a baby on. Feed your Boo with sweets, fruits, pizza, sushi, among other options. Play with him or her on the bassinet, trampoline and jump rope.

Give him a bath and affection and put him to sleep. Dress your pet with clothes, accessories, costumes, with costumes of characters from games, movies, etc. The app also has minigames, such as Piano Boo, Basket Boo, Boo Slide, among many others. 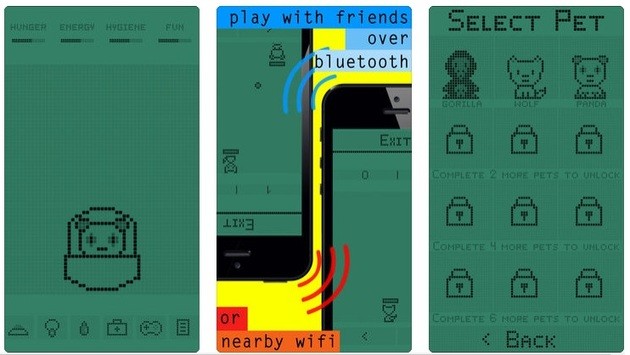 Wildagotchi was thinking about those who really want to feel the nostalgia of the original Tamagotchi. The app has 12 virtual pets in a pixelated style to care for, feed, clean and play with.

At first, the game provides three of these pets. For every two that reach adulthood, three more animals are released. The application also has minigames. You can even play with friends over local Wi-Fi.

O Wildagotchi is available for iOS and Android. 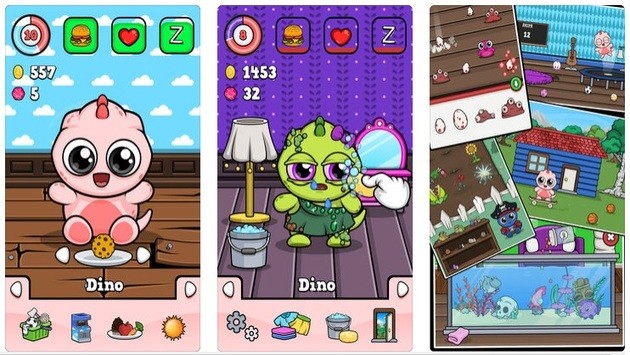 In Baby Dino, the user must adopt a baby dinosaur. The pet feels emotions and sensations such as happiness, sadness, sleep and hunger. Therefore, it is necessary to feed him, clean him, play with him, put him to sleep, among other care.

It is also possible to make it stylish, using the thousands of outfit combinations. There are items like dresses, skirts, hats, beards, glasses and other elements available. The app also lets you build your house with different decorations, take care of the garden, create music with virtual instruments and play minigames.

add a comment of 8 virtual pet apps to miss Tamagotchi