8 fun apps to change your voice

For those times when you need to record audio with different voices. Or, who knows, to play a prank on a friend. Maybe for a time when you can't use your voice and want to communicate better. Check out a list of 8 really fun apps that will help you with these tasks. 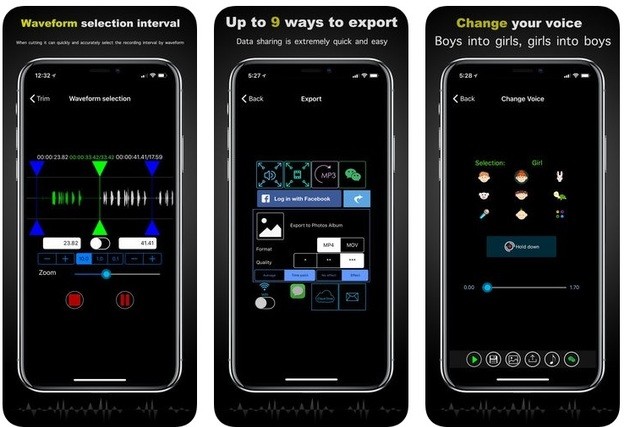 Deepfake: understand what it is, how to identify it and what risks it offers

SceneRecord is an application that brings together several functions in one place. It is an MP3 recorder, a voice changer app, and allows you to take pictures while recording audio (ideal for meetings and classes). The program also offers options to edit audios, write on photos, among other features.

Made for the iOS system, control and use of the application can be performed, for example, by iPhone and Apple Watch. Or even with the interaction of the two technologies.

For audio recording, it has an automatic resume feature after a phone call interruption and audio recognition from another open app. This means that it is possible to record a song that is playing in another app.

As for the voice change, it offers tone and speed editing, in addition to the fun voice options.

O SceneRecord is available for iOS.

Record your voice and apply various effects to the audio! This is the purpose of the app, which can be useful both for playing with friends and for building a fun story with several voices, for example.

What types of effects can be applied? You can make your voice thin, as if you had inhaled helium gas. Or mechanics like the voice of a robot. Cave, Space Mutant, Deep Voice, Monster, Little Creature, Phone, Drunk, Dark Cyborg, Underwater, Villain, and Poltergeist are just a few of the other effects available.


The application still offers the options to share the audio by Whatsapp or social networks. It is also possible to save the audio on the device, create an image with sound, set the result as a ringtone or set it as a notification sound.

O Change voice with effects is available for Android. 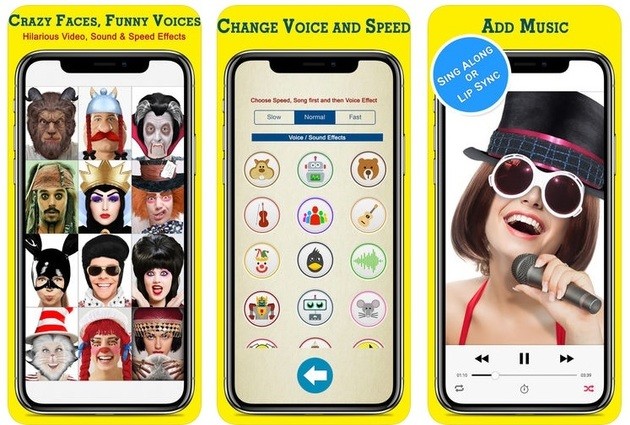 The idea here is to have fun! As the name of the app makes clear, yes, the "voice of helium" is one of the voice changer features available. But it is possible to do much more.

The app offers voice speed control tools as well as more than 30 different sound effects to change it. Robot, Squirrel, Bear, Violin, Mouse, among many others.

Varied (and very fun!) face filters are also available to customize that selfie or even apply to a video. Especially because you'll want to take advantage of the video tool, with which you can add a song to sing along or dub.

The same visual and audio effects can also be applied to audios, photos and videos already on your smartphone. 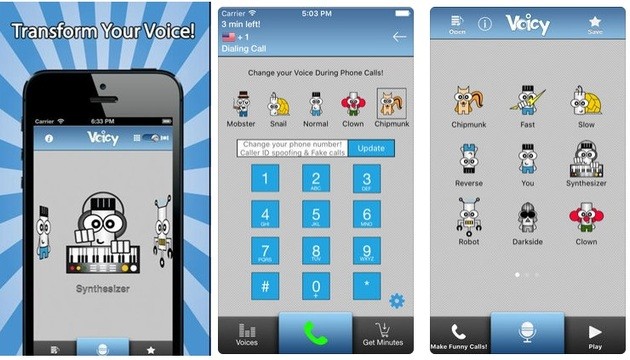 What is TikTok: All About the World's Most Downloaded Video App

Want to prank a friend and prank? Or maybe wish "Happy Birthday" in a funny way. This voice changer app allows the user to make calls from within the app and even change the voice during the call!

In all, there are 21 voice effects, which can also be used with previously recorded audio. There are the traditional Squirrel, Fast, Slow and Reverse options.

This app is not just a voice "changer", but also a generator of different voices. This means that you can write whatever you want, without having to record (unless you prefer to record), and choose a voice to say that text.

The app provides several male and female voices in different languages. This feature makes it possible to have audio in English or another language with perfect pronunciation.

Or even content in Portuguese with a foreign accent, for example. The application also has voice options for characters and celebrities, such as Poladoful, Jabiroco, Jabiraca, Zueira, among others.

There is no character limit for the text to be narrated. The tool even allows you to change reading speed, tone, timbre and other characteristics.

O The Voice of Zueira is available for Android. 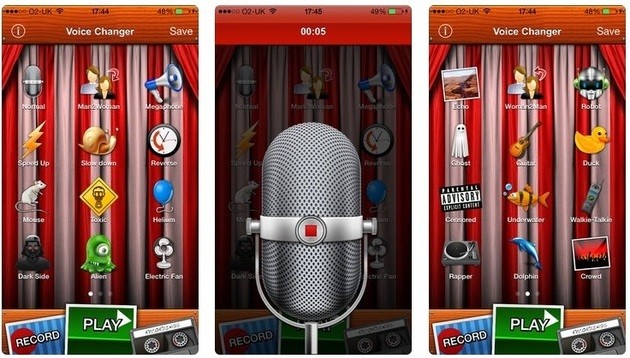 Like the others, it's easy to use. The user just needs to record the desired audio and choose the effect with which he wants to make the recording much more fun.

The app also makes it possible to save the audio result as a cell phone ringtone or even send it to friends. 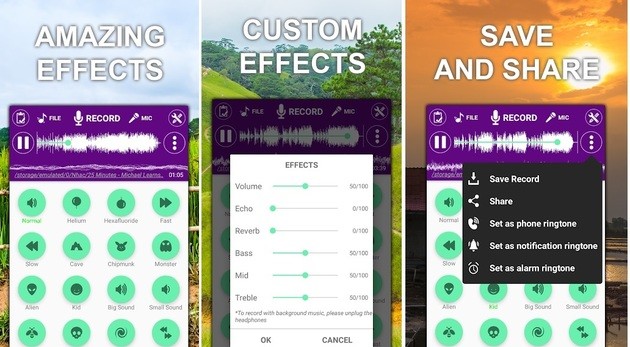 Helium, Fast, Slow, Cave, Squirrel, Monster, Alien, Bee, Death. There are many effects provided by the app to make your audio more fun.

The tool even allows you to further customize the recording. For this, it offers features to add echo and reverb and change characteristics such as tone, tempo, volume, bass, midrange and treble.

The application provides different ways to save the audio. You can save it on your phone, share it on social networks or via email and chat apps, save it as a ringtone, notification sound or alarm.

O change your voice is available for Android.

Voice of the Narrator provides more than 200 voices, in different languages, which can be applied to audios or texts.

Among the options of famous voices are those of former presidents Barack Obama and George W. Bush, Anonymous, Sombra, youtubers and many others.

It works offline and has no text limit. Lightweight, the app can be used at will without causing space problems on the phone.

Voice of the Narrator is available for Android and iOS.

8 apps to track your daily horoscope on your phone ❯

add a comment of 8 fun apps to change your voice