Whether translating technical terms into materials used in your professional day-to-day, or getting along well during a trip to a country whose language you don't speak, translation apps are already an excellent tool to have on your smartphone. Check out 6 good options for these apps below! 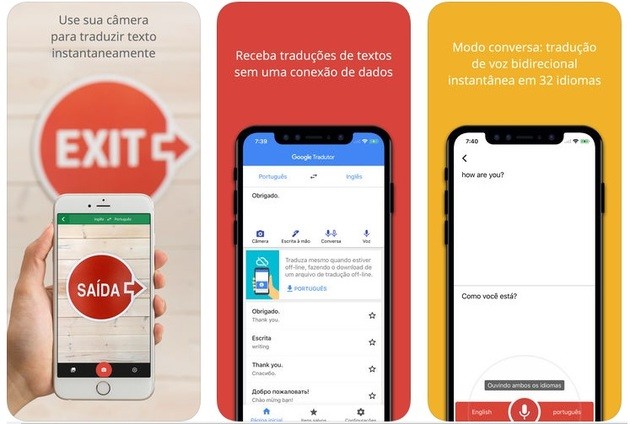 One of the best known and one of the most complete tools, Google Translate is capable of translating 103 languages ​​just by typing. Don't have an internet connection? The app can even translate 50 languages ​​in offline mode.

Translation using the camera (just pointing the phone's camera at the word on a sign or book, for example), in turn, works with 38 languages. The one with photo translates words from 37 languages.

The app even allows the user to write words by hand to translate them (from 93 languages) and create lists of phrases and most translated words for future reference.

O Google translator is available for Android and iOS. 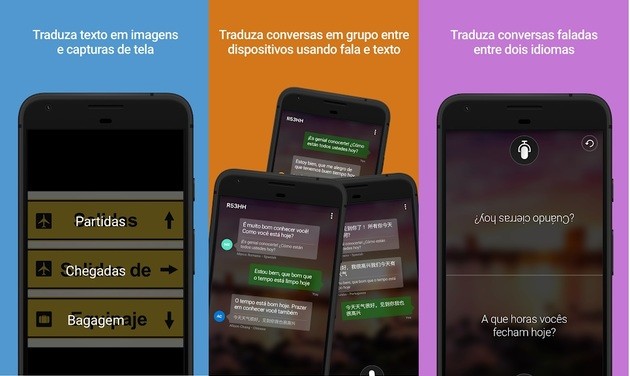 Microsoft's official translator is the ideal app for anyone who wants to have a conversation with one or more people in different languages! For a two-person conversation, for example, split-screen mode allows for simultaneous translation dialogue on a single device.


In all, the app supports 60 languages ​​for translation of text, voice, dialogues, camera photos and screenshots. Also bring phrase books. The user can also download languages ​​to consult translations offline.

O Microsoft translator is available for Android and iOS. 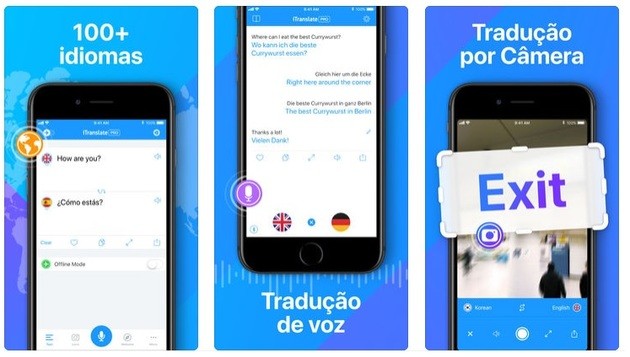 With translations in over 100 languages, this app even allows the user to switch between different dialects and choose whether to hear the translations in male or female voices.

The tool has a dictionary of synonyms and different meanings, a phrase book and the option to share translations, create a list of favorites, among other features.

The Pro version offers features such as camera translation, voice-to-voice translation and verb conjugations in various tenses. iOS users still have the option to take advantage of a keyboard and iMessage extension and website translation via a Safari extension.

O Translator and Dictionary App is available for Android and iOS. 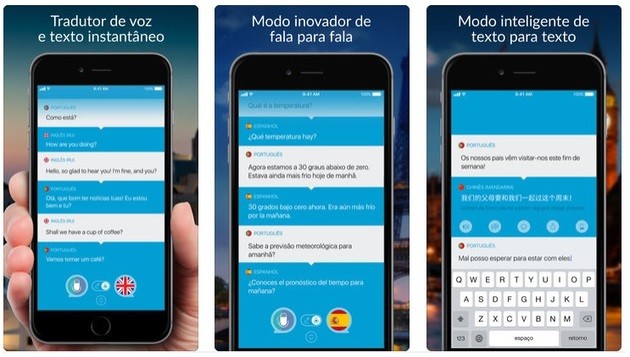 This app is supported by Apple's Speech Recognition Technology. The real-time voice recognition that this technology provides significantly increases the speed of translations, which can be done in up to 54 languages ​​from voice to voice. 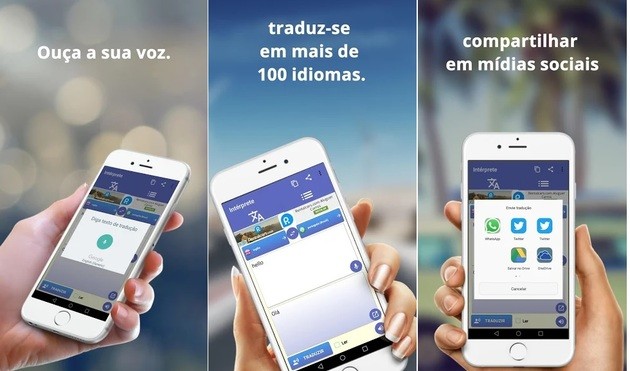 Travel apps to hit the road with no worries

This app can capture voice in real time, convert the message into text and read it to the user in one of the more than 100 languages ​​available. With an internet connection, translations are unlimited and immediate.

With a simple interface, the user just needs to choose the languages, press the microphone button and speak the desired phrase. After pressing the translate option, the application shows the written sentence and "speaks" the sentence in the chosen language.

The app also allows the sharing of texts via social networks, emails or other platforms without having to close the app. In addition, translations can be saved as PDF documents. 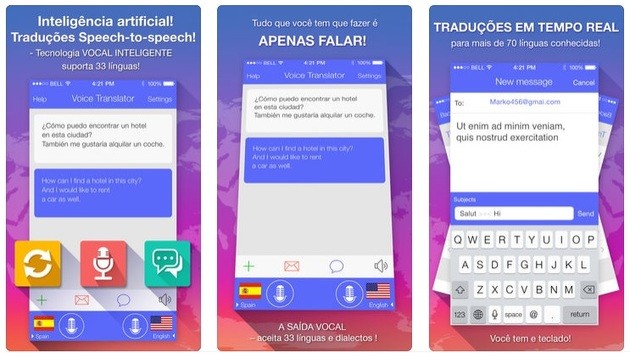 Text translation, in turn, can be done in up to 72 languages. The app also allows the user to easily send translations via email or SMS right from the app.